Examples of Personality Essays Below 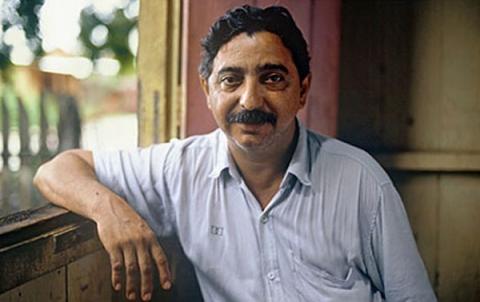 Chico Mendes fought for the preservation of the Amazon which way not a easy to get thing which later led to his death Al gore on the other hand, was born in march 31, 1948 in America. He is both a politician and an environmentalist. He is a politician in that; he served as the 45th vice president of America under bill Clinton who was the president. After his term in politics he remained an environmental activist and it earned him a Nobel Peace Prize in 2007.the main aim in this paper is to describe the two heroes and compare them how they achieved their goals.

Chico Mendes thought that he was only reserving the forest but in turn he was saving the Amazon and the whole planet in large. Chico Mendes and the rubber workers advised the government to come up with reserves that would enable the people to use the forest without damaging them. Since the public needed rubber or the final products of rubber, it was necessary to have ways of tapping the rubber from the trees without destructing the trees (Hochstetler, 2009). This was important and brilliant idea of the union because it enabled the conservation of Amazon. In addition, the union of rubber tappers came up with a barrier that blocked the people from accessing the forest reserve.

Chico Mendes had an unwavering believe that the dependence on tapping rubber alone was not sustainable. He therefore advocated for the development of much more holistic systems which are cooperative to use other products of the forest. These products include the nut, fibers, fruits and oils. This was only possible if the seringueiros adapted more developed education systems to provide quality education to their children.

After Da Silva, the rancher bought a land that was reserved, the rubber tappers stood firm against him and refused to get out of the land. Mendes later launched that was meant to stop the rancher Silva from blocking the area that its people wanted it to be kept to be an extractive reserve (Dominguez, 2011). It is good news that Mendes managed to conquer the planned and come up with the reserve and also gained a warrant for the arrest of the rancher on allegations of murder in another state which is Parana. But the bad side of it is that the warranty was never acted upon.

Although Mendel did all his best to conserve the environment, some people could not see his sense. It therefore led to his assassination. The great environmentalist was assassinated in his home by Darci the son of the rancher (Revkin, 2011). Though sad that he was killed, it is good news that he fought with all the zeal throughout and later died an environmentalist. Al gore was bold enough and urged the highest carbon emitting countries to find ways of reducing the emission before their time of their failure act. The two carbon emitting countries were the U.S and china (Kirk, 2010). The carbon productions lead to the disaster of global warming which is not conducive for the survival of other species.

Al gore also shared the noble peace prize with the government by allowing the public the chance to get aware of the global warming, its dangers and ways of fighting against it. At the Gala ceremony that was held in Oslo, Gore said that the human species are in danger of facing global warming in the near future which will pose threats to their survival of civilization (Gore, 2013). Both Chico Mendes and Al Gore were environmental activists who were so determined in their works. They worked with both the zeal and the seriousness that the matter deserved. Chico Mendes died while in his works as an environmental activist. Al gore too did all he could with the boldness and ensured that the Chinese and the USA reduced the carbon produced.

Both heroes were environmental activists who founded and chaired unions concerning environmental conservation. Through these unions, they could clearly deliver their roles and to achieve their goals. Again, in the process of delivering their duties, they won different award.The difference between the two heroes is that, Chico Mendes died in the process of delivering his duty while al Gore remained alive even after his activism. Mendes was practically involved in the conservation while gore depended on giving advice and educating the public.

It can be concluded that, the two activists were so efficient and each one of them lest a great legacy behind them. They will always be remembered and appreciated for embracing environmental conservation. Dependence on one product of forests is dangerous and the public should be educated on the issues concerning the environment. While living, one should live boldly and carry out all they do with the zeal it deserves.