Examples of Communication Essays Below 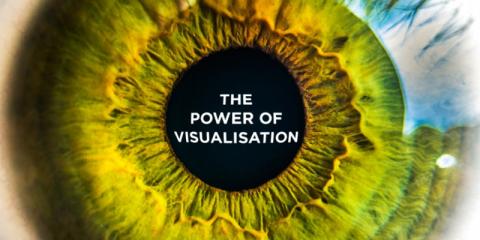 The first chart clearly shows the recommended nutrient intake volumes. Amounts of nutrients intake decrease from the lowest part of the pyramid so that the highest part contains the nutrients that less important (MGMg, 2014). From the images, it easy to deduce the food nutrients represented in every category of the pyramid. The pyramid clearly indicates which food types should be consumed in large proportions as well as those that should be consumed in small amounts. In addition, the message on the pyramid matches the information provided along with the images. The color and design used on the pyramid is appropriate since it enhances clarity. From the chart the harmony of colors, which is a significant feature in visual communication, is clearly visible (Thalassinos, 2009) In addition to clarity of images, there are no signs of chart junk or alteration on the data.

The third chart is a comparison between the fatalities caused by accidents and those that are caused by chronic diseases. On the chart, the similar colors are used to represent different causes of deaths which make the message on the chart unclear. The pyramid is not a suitable chart to represent such bulky data. In addition, there is numerous use of chart junk which makes the chart congested. On the chart, two different forms of visuals are used. There is considerable alteration on the data, which would mislead a viewer.

The message on the fourth chart deviates from the assumption given in the chart title. According to the title of the chart, minority communities experience low employment rates even in good economic times. However, the line graph depicts the minorities as the communities with high employment rates. The difference between the title and the data representation makes the message unclear (MGMg, 2014). With correct representation of the data, the chart would have been appropriate. In addition, the colors used to represent black, Hispanic and white communities to not bring out the actual meaning of the words. Alternatively, a lighter color could have been used to represent the whites and a darker one for the black communities. Apart from the contradictory information, there is much use chart junk which affects the clarity of the visual.

On the fifth chart there is information on the use broadband services at work and at home. The visual message is unclear owing to the use of unnecessary visuals. The grey color makes it difficult for a viewer to identify the section that represents rate at which people access broad band at work and at home. With the exclusion of the chart junk, the representation is highly suitable for the data. Different scales are used on the two charts. This may confuse the viewer when he/she is making comparisons.

The sixth visual represents two charts; one on environmental risk factors and the other on energy consumption by fuel. Information on the two charts is clearly represented through the use of different colors for the various types of fuel. The use of gas emission chimney models to represent the rate at which gas emissions increase makes the chart appropriate. In addition, alterations on the data aid in increasing clarity.

The last chart is a representation of the burden of disease caused by overconsumption of alcohol. Different colors are used to mark areas on the world map where alcohol related diseases are prevalent. Much clarity has been achieved through the chart since it does not require high inferential analysis. The chart is suitable for the representation of the data. Using another form of chart for range data would make the interpretation difficult. In addition the use of distinct colors on the chart makes it easy for the viewer to extract information from the chart. This chart is an example of good visual communication as it does not include unnecessary visuals that would distract the viewer (MGMg, 2014). 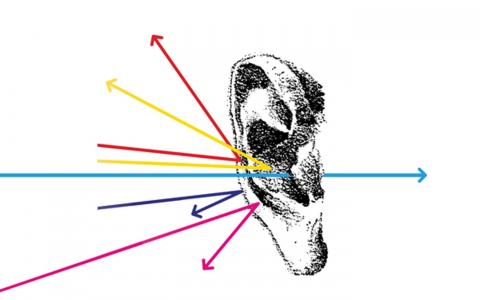 One area of active communication that has always been a struggle is avoiding interruptions. When one avoids interrupting the speaker, it becomes easier for them to comprehend what was being said, and this should be followed by a brief pause before any response is made. It is an indication that the listener is thinking carefully about what is being said, while also avoiding the error of second-guessing the speaker’s message. When individuals avoid unnecessary interruptions, it not only puts the speakers at ease, it is also expands their capacity for empathy. This is especially critical when dealing with classmates on projects such as group work.

It helps in understanding the point of view of other people by viewing issues from varying perspectives. When people avoid interruptions, it becomes easier to disregard preconceived ideas because the mind becomes receptive to new ideas. Conversations unfold in a sequence of turns. If cues are misread, unintentional interruptions may occur, and this could also effective communication. Interruptions are known to overlap with the message of the speaker, and can create a negative impression between speaker and listener. It is a frustrating habit that can be interpreted to mean disinterest. By following these suggestions, the impact of communication effectiveness will be improved.

One form of non-verbal communication that has been of great impact on a personal level is motivated movements. Motivated movements equal confidence, and this has often been perceived as being more critical than experience, knowledge or even skills. This consequently brings about competence. Employment interviews provide a good example of this. Showing motivated movements has always been my strongest point in interviews and other work-related situations. Although some individuals possess all the necessary skills and experience, their confidence level are not convincing enough, and they fall just short.

When it comes to pursuing both professional and personal goals, one quickly learns that confidence creates trust, and failure to show that one believes in his capabilities will rub off on others. Confidence represents a state of mind, and as such, cannot be learned. It has to be built upon through things like knowledge, positive thinking, training and practice. It comes from feelings of beliefs in one’s ability, acceptance of self, and well-being. For personal growth, low confidence is, therefore, that has to be addressed urgently. Previous failures, poor-time management, low self-esteem and criticism are examples of factors that can hinder this. Being assertive is one way of sticking to one’s principles and comes in handy both at the work place, and at a personal level.

One form of non-verbal communication that can impact interactions with an individual from a different culture is using eye contact. This remains a controversial issue that has generated different views from various quarters. There are those who view as being more sincere and open, while some cultures perceive it as a sign of disrespect. In the U.S for instance, eye-contact signifies interest in what the speaker is saying, and as such is considered proper. In other cultures like Asia, it could be interpreted to mean challenging the speaker’s authority. In such a culture, it does not necessarily show lack of confidence or interest. It is, therefore, important to alter this non-verbal communication form when dealing with individuals from different cultures because its meaning could be interpreted in a manner that is totally different.

Stereotyping refers to situations where individuals hear what they expected to hear, rather than what has been communicated. The result of these is that such individuals make up incorrect conclusions since the information they have received is not same as the information being communicated. Within stereotyping, one individual views the other individual’s message with bias and prejudice (Hurn & Tomalin, 2013). The most common types of stereotypes include gender, race and religion. It is not a wonder, that even in this century some individuals still judge other due to their skin color.

Racial stereotyping is still very common in many parts of the globe and creates a way for racism. A good example is that one might consider themselves to be superior to another individual due to their skin color. Gender stereotyping is also quite common, especially in a world where women are viewed as subjects to men. However, with time, such barbaric thoughts have been abandoned and now, women are offered same opportunities as their male counterparts. Religious stereotyping occurs due to the various religions; however, it is not as common as racial and gender stereotyping.

Ethnocentrism refers to the social belief that one’s ethnic group or culture is superior to others. In other cases, ethnocentrism manifests an attitude of hostility rather than superiority. Ethnocentrism may be established through discrimination, verbal aggressiveness and violence. Therefore, for an individual who exhibits ethnocentrism it becomes hard for them to have effective cross-cultural communication. The individual will possibly look down at the other individual and not pay concern to whatever is being told to them (Samovar, Porter, McDaniel & Roy, 2013). In some cases, ethnocentrism can be related to racism due to one considering himself or herself better compared to other people. Individual with this habit do not even try to listen to any individual who among their view is below them.

In conclusion, stereotyping and ethnocentrism clearly prove to be barriers of effective communication. Today’s world does not allow encouraging some habits like racial, gender or religious stereotyping. Despite the differences in our views or even skin color, this should not be used as an arena to feel superior to others. Ethnocentrism, on the other hand, is discriminating to individuals of a difference ethnic group or culture. The consideration of one’s culture to be superior to others makes them think that no one needs to correct them. Therefore, communication with such an individual considering you are from another ethnic community is close to impossible. Such barriers to communication should be avoided since they are based on myths, which are not true.