Examples of Beliefs Essays Below 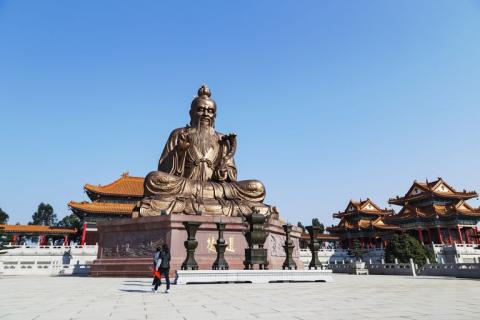 Taoism or Daoism is a religion of the Chinese origins built based on harmonious living with the way or Tao. Tao represents the way or the force or principles that are also found in the other religions or the Chinese decent (Lee, 597-612). Tao is more than a way and path in the Daoism. It also denotes the source or the push behind all aspects in existence.

Dao is clear in the event that the thoughts are under the subconscious control. It espouses the need for the absolute control of the emotions such that the thoughts resulting from the emotions are in control of the person. Cosmological notions of the religion emanate from the school of yin and yang (Lee, 597-612). The religion is built on the premises of the naturalness, spontaneity and simplicity. The religion has three treasures of compassion, humility and moderation. All actions conducted by the followers are based on the three treasures (Chang, 145).

There are daily rituals in the culture that are practiced by the members. Rituals entail daily worship and recitations. The philosophy can be written down or verbal. The religion defines the way of the people. Various prescriptions of the religion are emphasized. The beliefs and practices of Hinduism doctrine are applicable in all spheres of life. There is no singly applicable practice.

On the contrary, there is a running theme whereby the religion focuses on the development of a common pattern in the application. The paper will focus on the development of the two religions in terms of the food and festivals and the rituals associated with the consumption, nature of the food in both Daoism and Hinduism ('Contemporary Hinduism: Ritual, Culture, And Practice' 1).

Dietary and ritual significance of the Hindus 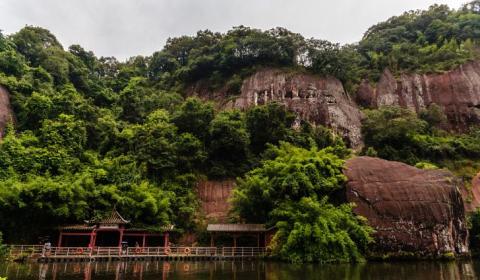 Rules governing the diet in Hinduism are laid out in Dharasastras. This genre of the Sanskrit tests relates to the religious and legal duty of all the followers. The genre emphasizes on the food that has to be enjoyed. Some of the prescriptions on what to eat or not comes from the general Hindu law (Kent, 179).

It also covers the taboos dealing with what ought to be eaten and what must not be touched. Taboos apply on the types of foods that must not be eaten by children and how to eat some of the foods in certain events. All the prescriptions from the Hindu law as well as the Sanskrit genre touch on which food ought to be eaten, the eating etiquette, ceremonies in taking food from both the time of the food intake to the process and the aftermath of the eating process.

One of the oldest text in the Hinduism is refers to the prohibition of the followers from eating beef. The Vedas also prohibit the Hindus from eating gourmet and human flesh. This is the earliest prescription on what must be taken and what must not be eaten by the followers. The religion emphasizes on the importance of cattle and the people qualified to drink milk. However, in some parts of the Veda, there are explicit acceptances of the feasting on oxen (Kent, 179). The Hindus believe that the slaying of cattle is prohibited. Others believe that the Vedic writings were referring to the evil spirits.

Food is of great importance to the Hindus. Food represents the essence of life for the Hindus. All things in life are centered on the food and the type of food that one takes with whom he shares determines his or her spirituality. The evil deeds of the people often are represented in the food that they eat. Any person that partakes a meal with another is deemed to have also accepted the sins of the other person. To avoid the partaking in sins of the many, various restrictions are in place pertain to the food that one eats (Kent, 181).

There are obscure commands in the Sanskrit relation to food. The Sanskrit prescribes the direction that one ought to face when partaking in food. One is allowed to eat while facing south and east only. One can only eat facing the south if the mother of the diner is dead. Each direction that one assumes when eating has a hidden meaning.

When one eats facing south, he or she is more likely to gain fame. When one eats facing south, he will gain wealth. The prescription on how to eat also covers how a person has to react to food. For instance, one is supposed to greet the food once it is served. The person is not supposed to fault any aspects of the cooking or the food itself (Long, 214-223).

The food preparation process for the Hindus has succinct and directly stated processes of execution. The aspects of the food making are used as means of protecting the kinship, purity, social strata, ethical issue, ritual proficiency, and purity. The stated ways of preparing food have to be followed by all in order to attain a certain outcome (Long, 214-223).

Food is also critical in the explanation of the conception of the cosmology and the creation of man. In the creation stories, god is seen as the creator of the origins of the people as well as the food for the entire creatures. He is the source of their sustenance. The immediate concern after creation was the provision of the adequate food for all the creatures. The specific reference to the importance of food and a command on the way people should refer to the food emphasizes on the centrality of food in the Hinduism culture (Long, 214-223). The importance of food can be traced back to the beginning of the creation.

World renouncers are not supposed to produce their food. Their livelihood comes from begging from the other people. Proper begging time is when the owners of the house have already finished their food (Long, 214-223). Renouncers survive on the leftovers of the rest of the people. Renouncers only get the food from the willing givers. The renouncers rely on the morsels that they get from each of the houses. Therefore, the Hindus follow archetypal food rituals.

Importance of food in Taoism 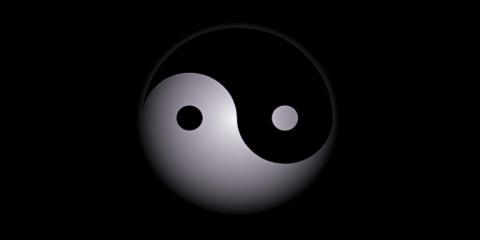 Daoism always acknowledges the importance of food. Food is central to the development of the community. The Daoist culture has wide applications referring to the eating habits. The Daoist religion has a wide appreciation of the food (Lee, 597-612). Food has more than the satisfaction role for the Daoist. The food that one consumes determines the spiritual alignment of the person to the natural world.

Codependence covers how the followers of the religion relate to the food and culture and the importance of the same to the people. Mutual existence determines the way that the people live with each other. In the religion, the followers are in mutual existence with the nature and the earth since the earth is the main source of their livelihood. Earlier religion texts from the religion have much reference on how to garden and dine (Lee, 597-612). The references are so prominent such that they are inconsistent with the common tents espoused in the majority of the religious texts.

The foundation of the religion also has a reference to food. The region was founded at a feast in a wealthy man’s compound (Lee, 597-612). The wealthy man held a feast whereby the duck, pig and fisher were served. The wealth man relishes the food and the ability of the human kind to eat. However, a young child tells him that there is more to life than eating. This story alludes to the development of the sensible use of that which is in the disposal of the people. Eating is not the main reason for the existence of human kind. Eating is a means of survival but not the sole reason for the human kind’s existence (Lee, 597-612).

Daoist religion removes the role of dualism between the soul and body. All the actions that one does to the body have a significant impact on the reaction of the spirit. Therefore, eating and food figures are important in this religion. The way one eats and what he eats affects the outcome of the person. Therefore, there is no separation of the bodily desires and physical needs. The mental is not spate from the physical (Lee, 597-612). However, it is a component of the energy flow. The energy flow goes through the entire system. Therefore, in order to take care of the mental or the spiritual, one has to focus on the development of the right eating habits.