Examples of Needs Essays Below 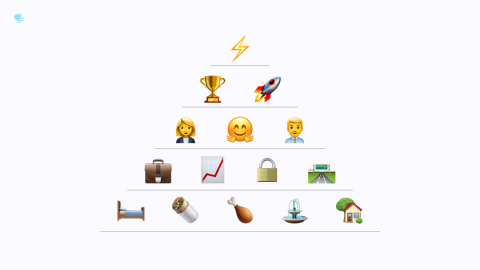 The theory states that people have differing needs. These needs are the main motivators of the actions. Therefore, people are spurred into action by their needs. A need for a certain achievement will push someone into action (Myers, 2004). The motivational needs of the human beings are represented in five levels. The five levels can be further depicted as basic needs and growth needs.

Basic needs are prerequisites for human survival. The needs motivate people to act whenever they are unmet (Myers, 2004). The basic needs include food and esteem. If one is denied the basic need for long, the desire to fulfill the needs mounts hence the relationship between the urge and actual fulfillment of the needs.

Human desire to progress of the higher goals is a pervading factor that leads to the development of the actions undertaken (Myers, 2004). Therefore, the main motivation of action in the human life is the attainment of the higher goals. Every human being has the need or desire to progress towards the highest rung or tier in the hierarchy. However, the rate of progression towards the same can be hindered by a variety of factors.

In the society, very few people attain their dream of self-actualization. The main explanation for this development can be found in the way the society rewards the motivation. The society does not acknowledge the self-actualization drives (Wade & Tavris, 2000). In most of the cases, it rewards the motivation biased on the social needs. This leads to a trend of appreciating the middle-level needs than the higher level needs.

The hierarchy of needs has been worked on to include other needs such as the cognitive and aesthetic needs; later there was the inclusion of the transcendence needs (Myers, 2004). Cognitive needs are the needs that emerge in the individual as the main motivation for the pursuit of knowledge. They are instrumental in the driving of research at all levels (Stockdale & Crosby, 2004). Cognitive needs drive the need to search for new sources of information.

However, the development of the hierarchy of needs has received some criticisms. The main critics of the psychological philosophy are centered on the methodology that the research used. The biographical analysis was the main approach used in the assessment of the self-actualized people. The sample size of 18 could not possibly reflect the rest of the humanity. The method of analysis was largely subjective since the opinion of the researcher was the most pervasive aspect (Stockdale & Crosby, 2004). Biasedness of the opinion increased the chances of the findings being invalidated.

1. Rationale for Choosing this Category

Several theories have been designed to explain the relationship between divinities and humans. Although it is important to study and understand divinities, it is far much important to understand humanity. In life, the interrelations between human beings are the forces that control life on earth. The actions of divinities do not influence how human beings relate with one another. Evil acts such as hatred, mass killing, and most disaster are linked to human actions (Walsh, 2011). By understanding humanity, it becomes easier to understand why people engage in some evil acts and possibly come up with solutions to counter their actions. Failure to understand humanity and over focusing on divinities may be one of the reasons as to why evil exists within religion. It is highly essential that scholars seek to understand humanity first before exploring divinities. From the above argument, it is clear that the study on humanity has been neglected with most scholars treating humanity as subjects to the divinities. The main focus of this paper is to establish whether or not humanity has control over what happens in the world.

2. Description and Significance of the Selected Category Across the Religions Studied

According to the perspective of the indigenous people, human beings have been wandering away from the right path. The right path was first lost by the ancestors and was carried on by the descendants who continued to tread on the wrong path. Human beings have the ability to do good and evil; an ability that is controlled by the existence of curses, vows, incantations or evil spirits. This means that human beings are not born evil. Instead, they become good or bad based on the factors influencing their behavior (Sayadaw, 2014). Nonetheless, they possess the ability of good and evil that is only unleashed when certain factors are present. According to beliefs of indigenous people, had special channels of communicating to the spirit world which were either witch doctors or shamans.

According to Jainism and Hinduism, human beings are completely free of sin at birth. In Jainism, it believed that a person could liberate his or her own should through karma. This means that it people’s actions that lead them to sin. Similarly, in Hinduism, the nature of a person and his/her destiny are controlled by the law of karma (Religion Facts, 2004). The actions of a person unleash the good or evil in him/her.

In Buddhism, the nature of a person is constructed around five composite aggregates namely; physical form, feelings, ideations, mental formations and consciousness. All these aggregates are not permanent which further emphasizes the idea of anatta (no soul). According to Daoism and Confucianism, the nature of human beings is shaped by convention or ritual. The nature of interactions introduces distinctions and defines the responses towards various things. In the Shinto religion, human beings are born pure, but have the capability of sin and can still be purified from sin.

Judaism views people as beings made in the image of God and with the ability to reason. In Christianity, human beings are naturally good, but enjoy free will. Just like in Judaism, they can choose between good and evil. Islam supports the idea of free will that is only meant to help people submit to Allah. Modern religion does not offer a specific definition on what human nature refers to (Walsh, 2011).
From the study and analysis of the view of human nature based on different religions, it is clear that human beings are born pure. However, they can do good or evil within them. Different factors influence them to either unleash the good or the bad in them.

3. Practical Example on the View Of Human Nature

The view on human nature is a topic that studies verifiable aspects regardless of the religion or culture background of a person. Although different religions practice different beliefs, the view of human nature is nearly the same. Most religions believe that human beings are free of sin at birth (Religion Facts, 2004). The actions that they engage in are the ones that make them bad or good people. From a personal perspective, I have made observations on some of the students and bad people in my society. Most people who engage in evil acts have a history of growing up in violent families or were exposed to bad activities when they were still young. As a result, they became bad people. Perhaps, they would have become good had they been brought up in environments that triggered good behavior.