Are you in High School, College, Masters, Bachelors or Ph.D and need assistance with your disaster response & emergency research paper? All you need is to ask for essay help written by a specialist in your academic field. When you buy an essay from us, we offer you an original, nil plagiarized and unique paper written by a dedicated writer who is PhD or Masters qualified. MyEssayServices.com is an experienced service with over 9 years experience having delivered over 83,000 essays over the years.

Examples of Emergency Management Essays Below 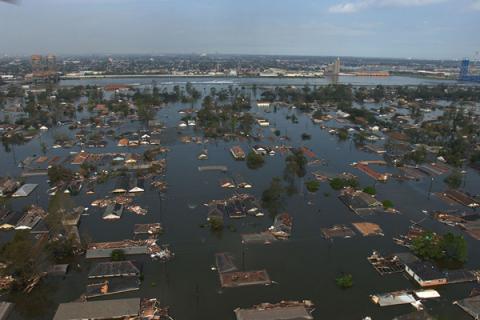 Hurricane Katrina formed on August 23, 2005 and dissipated seven days afterwards. It emerged as the deadliest and destructive cyclone in the Atlantic. It has been recorded as the costliest and deadliest hurricane over the history of United States (Knabb, Rhome, & Brown, 2005).

Hurricane Katrina and the subsequent floods had remarkable versatile effects to the United States. It resulted to fatalities whereby 1833 people died marking it as the deadliest hurricane ever in the history of America. Property damage resulted to an estimated $81 billion tripling the damage that resulted following the 1992 hurricane Andrew (Blake, Landsea, & Gibney, 2011).

1.3 Areas that were affected

The hurricane formed over the Bahamas moderately as category 1 on august 23, 2005. It then closed to Florida where it formed considerable damage and left some casualties before spreading to the Gulf of Mexico. On 29th august, 2005 the hurricane weakened to category 3 and spread to southern Louisiana where it caused severe destruction from Florida to Texas and along the gulf coast as a result of storm surge.

The worst hit areas by the severity and casualties were New Orleans and Louisiana due to flooding as a result of a levee system failure. In Mississippi beach fronts, the towns were flooded by 90% in just a few hours; water reached 6-12 miles from the beach (Swenson & Marshal, 2005).

The hurricane surge prompted a lawsuit against the Army corps engineers of the U.S based on a levee system failure which they designed. The hurricane forced the Federal emergency management agency director D. Brown to resign. The New Orleans police superintendent Eddie C. also resigned. However, several agencies have been commended for their accuracy in the weather forecast tracking and included National Hurricane Center, National weather service etc. 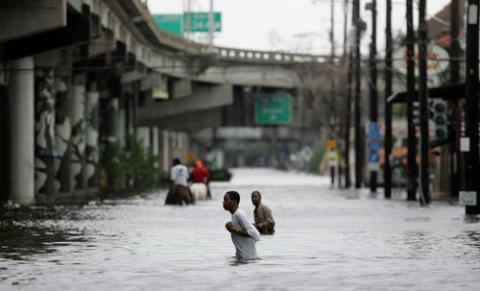 President Bush declared a state of emergency in selected regions of Mississippi, Alabama and Louisiana on 27th august 2005. He also spoke with governor Blanco to encourage her to order a mandatory evacuation of New Orleans, one day after declaring a state of emergency (DHS, 2008).

The federal emergency management agency was in the process of restructuring its operations when the hurricane stroke, The National incident management System and NRP that stipulated on how federal, state and local government agencies and other stakeholders handles disasters, responses and recovery. These changes were still underway when the hurricane hit resulting to an impromptu response that was substandard (Richard, 2006).

Richard (2006) notes that FEMA’s effort to support the victims were insufficient for a disaster of Katrina magnitude because the hardships incurred correlated to the weakness of the agencies grant programs, training of recovery staff, staffing, lack of catastrophic planning and lack of remediation of previous issues in past disasters and exercises.

FEMA’s hand in administering grants and conducting activities for natural hazards preparedness had diminished, and a report recommended that new mechanisms to enhance sufficiency with states and first responders (Richard, 2006).

Richard (2006) notes that after the terrorist attacks in 2001, the Department of Homeland Security, shifted focus from disasters that had emanated from natural causes and started focusing to those that originated from man made causes. He notes that prevention and preparedness for terrorism has overshadowed that for the natural hazards both in the application and the perception.
The department of Homeland Security must ensure all four phases of emergency management; preparedness, response, recovery and mitigation are managed throughout the department on all bases.

The U.S president, Bush signed a $10.5 billion relief package within four days of the hurricane and ordered 7, 200 active troops to assist with relief efforts (AP, 2005).

The agency was responsible for all the response, evacuation and it provided leadership and efforts to the other federal agencies relief organizations.

7.0 Criticism to the response 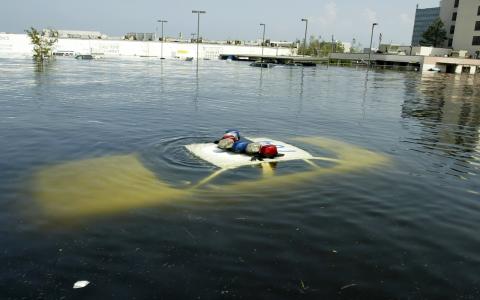 However, critic notes that the evacuation plan was substandard and discriminatory. The federal government and federal emergency management were criticized widely of being slow and ineffective in their response to the disaster (Richard, 2006).

The criticism of the government agencies response to Hurricane Katrina based primarily on mismanagement and lack of preparation in the relief effort and its aftermath. New Orleans mayor was criticized of failing to implement his evacuation plan and his unplanned ordering of residents to shelter in the last resort where provision of basic needs of food, water, sanitary and security did not exist.

The mayor was also criticized of delayed evacuation despite receiving warning from weather forecasters. This led to scores of deaths since most people could not find a way out of town.

Richard (2006) reported that New Orleans already was one of the poorest metropolitan areas in the United States in 2005. 27% of New Orleans, about 120,000 people, was without private mobility making the evacuation process ineffective for them.

8.0 Lack of provision for people with disabilities

The federal agencies did not take into consideration the disabled people in their planning and consultation. Transportation, communication, shelters did not provide for people with mobility, mental or communication disabilities (AP, 2005).

The black lawmakers were not at ease on how the evacuations were undertaken. They criticized the agency due to taking substandard responsibility to African Americans during the evacuation process.

The Federal emergency agencies were caught off attention by the hurricane, it stroke when the agency was undergoing restructuring of its operation.

The recovery and evacuation process were ineffective because the restructuring of the agency coincided with high magnitude of the hurricane. It also stroke when the preparedness of the natural disasters was overshadowed by the man-made disasters especially following the terrorist attacks of 2001.