Examples of Samsung Essays Below 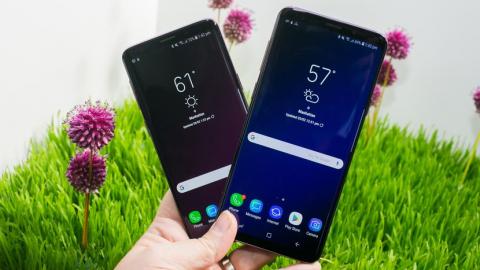 Human beings are visual creatures. The ability of a company to attract the customers lies on the packaging and labeling design of the products (Blythe, 2006). In as much as a logo on a product has attractive features on the phone, there is nothing that is more appealing to the potential customers than the labeling and packaging design for the product. A keen focus on the product design could be an order qualifier for a product sold by a certain company.

Therefore, packaging goes beyond the box by focusing on how the product is designed (Kotler, 2000). Packaging design is important since it is an aspect of a product that differentiates it from the other products in the market (Uhlmann, 2005). Packaging a product consistently leads to the creation of a brand image such that most of the people will immediately associate it with the company. This paper looks at packaging and labelling of Samsung Galaxy S5 and its role in the marketing of the brand image of the product.

Samsung Galaxy S5 is an innovative product meant to provide the customer with the utility that the company promises (Brown, 2014). The company creates its products such that they are pioneers in the industry. The packaging design of the phone accords the customer with the practicality of a mobile phone and practicality exceeding that of a mini-laptop. The design mirrors the product and creativity (Pride & Ferrell, 2008). The packaging design for the smartphone is slim such that it reduces the weight while maintaining the functionality. The company has endeavored to create products of a reduced weight while improving the functionality.

The visual attractiveness offered by the product is part of the company’s endeavor to create appealing products (Priyono, 2013). The large screen is also an action in response to the market trend of the ever-increasing screens for hand held mobile devices. Samsung Galaxy S5 is equipped with a 5-inch superAMOLED touch screen (Priyono, 2013). The display is full high definition. The move to increase the screen size for the phone is constant with the direction that Samsung brought to the industry of increasing the devices’ screen size.

Samsung is also keen on protection. The company has over the time developed products that have security measures that are above the industry trends (Brown, 2014). Samsung phones are built to ensure that they have the best protection possible against the common hazards that affect the phones. The screen is anti-scratch whereby the product has more tenacity against scratches compared to the rest of the phones in the market (Priyono, 2013). It also operates on the phenomenal android Kit-Kat, which gives the user increased pleasure from using the phone.

The design for the phone comes from another major success under the company, Samsung Galaxy Note 3. The phone seeks to present a close functionality to the Galaxy note (Brown, 2014). The phone continues with the imagery, finishes and sounds that are inspired by nature. This is a common trend in the Samsung Galaxy product line (Priyono, 2013). The colors for the phone are also indicative of the company’s trend. It has all along developed phones that have either shimmery white or electric blue colors. In the case of this phone, the company has sought to package it in two additional colors such as copper gold and charcoal black (Brown, 2014). Therefore, the packaging and labeling of the phone as a compliment to humanity has led to the propulsion of the Galaxy model mantra and the company’s mission in general.

Samsung Galaxy S5, the latest Galaxy series phone, launched on April 11, 2014, is increasing its performance in the mobile phone market faster in comparison with the previous S4 series (Cavusgil, 2012). Based on the improvements from the earlier series, many mobile phone users are running their interests to the phone aiming at having a feeling of the superior Android phone in the market (Hart-Davis, 2014). However, many mobile phone subscribers are experiencing a limitation to using the phone due to its hiked prices. Its approximate selling price is $650. The paper is an analysis of pricing adaptation strategies applicable on the gadget (Cavusgil, 2012).
1.What price adaptations should your firm include in its marketing plan?

Price adaptations refer to a business’s ability of making price adjustments on products aiming at suiting different geographical areas. Apparently, price adaptations have a high reliance on consumer demands in these areas. The following are price adaptations suitable to Samsung Galaxy S5 (Dempsey, 2014);

It is a marketing strategy aiming at increasing the buyer’s bargaining power in the market. It is essentially important in S5, as it will give consumers the urge of trying the new Samsung product at the stipulated prices in the business (Schwartz, 2015).

2. Describe and discuss any changes your team would make in the pricing of your product

While enhancing price adaptability of S5, my team would incorporate a pricing strategy that will enhance maximum consumer satisfaction and comfort ability (Grimes, 2012). Conversely, changes such as differentiating geographical areas and discounting will be essential. These changes mainly focus on increasing the bargaining power of the customers (Hart-Davis, 2014).

The latest Samsung Galaxy series phone (S5) is hitting the market faster in comparison with S4. Its astonishing features are highly contributing to the increased trust and urge of trying a new product in the market (Hughes, 2014). Unlike the other models, S5 not only does it have a scratch resistant screen but also has a sand and dust resistant screen. Conversely, Samsung investments in the new model is contributing to the dynamic and technical phone market. However, despite the features of S5, a challenging factor in the market is the availability of spare parts and support services for clients. High features observed in the phone have a high interrelationship with increased delicate nature of the gadget. The discussion makes an analysis of the S5 support services (Schwartz, 2014).

S5 runs on Android 4.4.2 operating system. Specifically, it is the latest version of Android. A limiting factor on Android O.S is that the company incorporates updates dynamically. Conversely, S5 users need to have periodic updates of the OS while ensuring the phone is up to date. As a support service, the business will be offering update services to the clients (Tymes, 2014).

In situations where phone hardware such as camera or screen malfunctions, the business will avail technical teams to the customers to ensure they get immediate help from the technicians. Among many phone users, screen issues and other hardware malfunction emerge days after purchase of the gadget and thus need for maintaining an immediate technical response team (Schwartz, 2014).

These include spare parts such as batteries, screen guards and as well power banks. Apparently, with S5, customers require these support services in ensuring that they realize their expectations on the product (Schwartz, 2014).
Support services highlighted above will have a positive impact to the clients if availed immediately. Often mobile phone support services enhance satisfaction of clients and thus promotes maintenance of a positive goodwill among the clients (Hughes, 2014).