Examples of Driving Essays Below

Sample Essay On Should People Who are Caught Driving Drunk Lose Their Licenses for a Year? 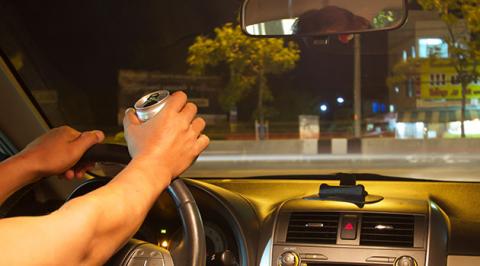 According to (Department of Transportation (US), National Highway Traffic Safety Administration (NHTSA)) alcohol impaired driving accounts for the deaths of at least 28 people every day translating to a life lost every hour that goes by. In 2014 for instance, nearly 10,000 people died due to alcohol impaired driving of which 209 of those who perished were children under 14 years. In the same year, American law enforcement arrested 1.1 million drivers under the influence of alcohol or narcotics, a grim contrast to the 121 million self-reported drunk driving cases in the United States. Moreover, alcohol related traffic crashes cost the state USD $44 billion annually (Blincoe, Miller and Zaloshnja).

From the above, statistics paint a bleak picture on the consequences of drunk driving. According to a report by (Wagenaar and Mildred ), suspending a driving license for a year is a modest penalty and is ineffective in deterring repeat offenders. However, the research covering 46 years found out that suspending the license right away on the other hand is more effective than waiting for a court’s verdict. Furthermore, celerity (the time elapsed between a crime and its punishment) studies have shown that immediate confiscation of a drunk-driver’s license instills disciplined driving thereby discouraging repeat offenders.

In conclusion, drunk driving is a fatal vice that needs stringent legislation to deter senseless loss of life and financial strain on government infrastructure. To this effect, suspending a drunk driver’s license for more than a year is not a human rights violation but rather a chance for one to meditate the consequences of their actions and ultimately save more lives from a preventable tragedy.

History of alcohol in the United States Sample Essay & Outline

Consumption of alcohol stated way before Christ, Muhammad or Buddha, before the formation of the fist industry, technology, democracy, paddle wheel boats, decimal, and compasses were discovered. Regardless of the method used to prepare it, the fact is that alcohol is one of the oldest beverages in the world. In the olden days, alcohol was consumed after meals and sometimes when warm to calm chills. It is difficult to determine where and when the first alcohol was prepared since people would prepare it in their homes for their consumption ( Gretchen and Toxqui 18). In the history of America, the brewing of alcohol started long before the dawn of civilization. There is archeological evidence that during the late paleolithic era, brewing of alcohol was an essential aspect of feasting and society (Catherine 75). The history of alcohol in the United States is extensive and interesting. It could be broken down into a general history, social, economic and legal history. The paper aims at discussing the history of alcohol consumption in the United States with respects to the generalized, social, economic and legal aspects.

Preparation of alcohol in different parts of America varied depending on the region and its occupants. Native Americans are believed to be experts in the preparation of alcohol. The ancestral grass of the modern maize was a suitable ingredient for the preparation of alcohol than for the purposes of preparing corn flour. Records indicate that Mexican Native Americans had over forty different alcohol beverages which were prepared by using additional ingredients such as honey, palm sap, wild plum and pineapple among others (LMU 2). In other Areas such as coahuiltecan, Texas, people used a combination of agave and laurel plants to prepare alcoholic beverages. Other beverages such as aloe, maguey, corn, prickly, pear, pitahaya and grapes were also used in alcohol brewing.

The story of the moonshine is an interesting coverage in the history of alcohol brewing in the United States. Moonshine was a brand of whiskey that was illegally made under moonlight. According to the natives, the moon had the capabilities of altering a person’s state of mind. As a result, they interpreted the word moonshine as foolish talk.

Most people are familiar with the word honeymoon, which is nearly compulsory in modern marriages. It is interesting to note that the word honeymoon originated from a drinking custom which involved drinking mead for a whole month after the wedding in America. Mead was a form of alcohol that was prepared by fermenting a mixture of water, honey, rosemary, bay leaves and sweet briar (LMU 4). The natives used good yeast to initiate and speed up fermentation. Mead was fermented at a temperature range of 65-80 degrees F. on complete fermentation, the mead would be left for a month, after which it was put in bottles and left for up to 7 years. Away from the moonshine story, alcohol consumption was common during the colonial period since milk and water were rare. Colonialists relied on alcohol for hydration especially when traveling over long distances.

Alcohol consumption among Native Americans was associated with festivals and traditional rites of passage. Some of the popular events involving alcohol consumption included weddings, child naming parties, and annual cultural events. Additionally, there was minimal consumption of alcohol in homes especially after the main meals (UNICAF 1). While alcohol was viewed as a way of uniting people in native America, the perspective has changed owing to increasing critics against consumption of alcohol. Most of the critics are aimed at drinking among campus students. In a study carried out in the late 1980s, it was found that students were involved in heavy drinking that is a major threat to their health. Alcohol drinking in campuses is also associated with negative social behavior such as irresponsible sex and violence. In most cases, drunken students find themselves on the wrong side of the law which may interrupt or interfere with their studies.

What was a traditional social unifier has today become poisonous to the society. Owing to chain drinking, most people have been diagnosed with alcohol-related health problems such as liver cirrhosis and addiction problem. Researchers argue that if the consumption of alcohol in campuses is not controlled, the world might lack responsible leaders to run the economy. This is because most students are risking poor health and early death by over consuming alcoholic drinks. Additionally, alcohol consumption interfere with the quality of education. In the near future, there might be very few reliable professional to manage and run businesses (UNICAF 3). It is also important to note that alcoholics are mostly withdrawn from the rest of the community. The rate at which young people are consuming alcohol today is alarming and might be a barrier to positive socialization.

The legal history of alcohol in the United States is linked to economic and social trends in the country. For instance, the libertarian philosophy which was a product of the American Revolution led to the whiskey rebellion. The libertarian philosophy introduced a shift on the concerns about morality and family harmony as part of the industrial revolution. This initiated the temperance movement which led to the prohibition of alcohol consumption in America. Alcohol consumption was prohibited under the 18th of the constitution in 1919. Consumption of alcohol resumed after the repeal in 1933 (Farlex 5).

Legalization of alcohol after the repeal in 1933 brought up several other issues such as health and safety. The state had to come up with laws that would counter the negative effects of alcohol consumption (Farlex 5). In an attempt to ensure safe consumption of alcohol, the United States came up with a minimum age limit above which a person could be allowed to purchase or consume alcoholic beverages. Throughout the years, there has been a series of laws to continually ensure safe alcohol production and consumption. Some of the laws include labeling of alcoholic beverages, control for drunk driving and private litigants. Today, alcohol brewers must acquire legal permit so as to produce and sell alcohol to the public.

The history of alcohol in the United States consists of interesting occurrences and events. As seen in the paper, the history can be analyzed in four categories namely; general, social, economic and legal history. The four categories are not mutually exclusive. As a result, the social element may affect the economic or legal aspect in the history of alcohol consumption. In the native America, alcohol was viewed as a good beverage that was produced from natural ingredients. However, the product today faces several critics owing to the health complications associated with its intake. Nonetheless, the history of alcohol consumption in the United States is a topic that is worth exploration