Are you in High School, College, Masters, Bachelors or Ph.D and need assistance with your research paper? All you need is to ask for essay help written by a specialist in your academic field. When you buy an essay from us, we offer you an original, nil plagiarized and unique research paper online written by a dedicated writer who is PhD or Masters qualified. MyEssayservices.com is an experienced service with over 9 years experience having delivered over 83,000 essays over the years. 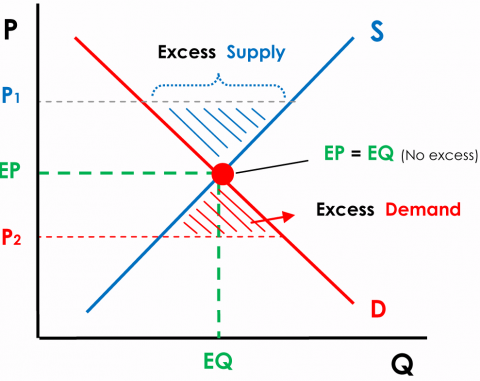 Economic theory is the theoretical reasoning and analysis of economic problems. This theory incorporates several elements and theories which are used to explain different occurrences in the field of business. The major elements of the economic theory include market equilibrium, macroeconomic principles, inter temporal economics, international and developmental economics, money and banking (Beath & Katsoulacos 1991). To understand the processes of production, distribution of finished products to the market and consumption it is important to carry out an analysis on the basis of scarcity. According to the theory, demand and supply of a product determine its price in the market. This essay aims at analyzing two articles on the prices of milk between 2007 and 2008; as well as subsequent years.

2. Review of the first article

The supply and demand of commodities affect the prices of products. Regan presents an argument on the changes of the milk prices in the recent market study (Regan, 2007). According to the article, the demand for milk remains high even after the prices went up by a huge percentage. According to the economic theory, the demand of the product is expected to go down when prices increase. The increase in prices was as a result of an increase in the cost of processing milk in the United States. In return, the farmers were forced to increase the prices of milk in order to cater for the extra cost. The analysis presented by Regan, in his article on milk prices also indicates that the ‘price of milk is way above the national average set by the government of United States.

The fact that milk is an essential commodity makes its use inevitable. Interview from consumers indicates that the majority of the milk buyers noted the increase in milk prices but could not forego the use of milk. As a result, the demand of milk remained high even after the prices went up. A market analyst named Kelly Bramel working with Huntington financial also confirmed that the essentiality of milk is the reason behind the stability of demand (Regan, 2007). This is visible on a normal supply-demand curve (figure 1.0).

The nature of the product is not the only factor that contributes to an increase in milk prices in the united state market. There are reports that the demand for ethanol has increased by a great extent (Regan, 2007). Manufactures use corn to produce ethanol. The increase in demand for ethanol has led to overuse of corn and hence an increase in prices of corn. Farmers are forced to compete for available stock of corn that is very expensive. The extra cost incurred in the purchase of animal feed is projected on the prices of milk. Since consumers still need milk for their daily household and business consumption, they are forced to purchase it at a high price. Data collected by Baumol and Blinder, on the demand and supply of milk in 2007 shows how the prices of milk changed during the year as a result of variations in quantity supplied and demanded. Figure 1.0 shows the data collected during the year.

The USDA, in a forecast on milk production in 2007 and 2008, indicated that the demand for milk would increase despite the increase in cost of feeds. On a different platform, farmers adopted the technique of milk soaring as a method of adding value to their product. While this is advantageous to the farmers who benefited from higher prices of soaring milk, milk processing companies were on the losing end. 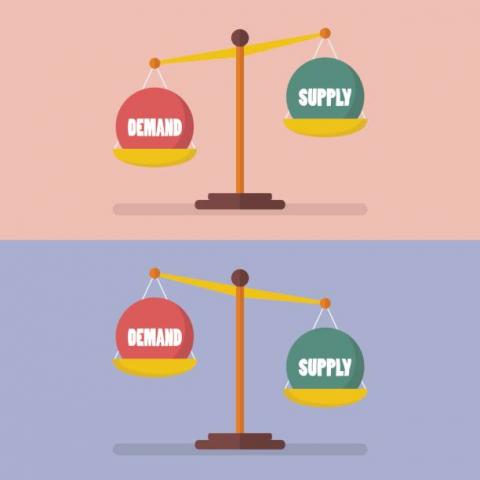 3. Review of the second article

The second article contains details on milk pricing documented by daily farmers of Washington. According to this article, the price of milk is likely to fluctuate as a result of changes in demand and supply of the product. The prices of milk increased in 2007 and there were speculations of a further increase in 2008. This article concurs with the fact that the increase in prices of animal feed has played a major role in increasing the prices of milk.

Farmers are not responsible over the retail prices of milk in the market. The forces o demand and supply determine the price of milk at a set time of the year or economic period. A valid proof for this is the variation of retail prices in different milk processing companies. For instance, well established companies enjoy the benefit of sales and are able to lower their prices than newly established companies. The demand of milk during a set period ultimately pushes the prices higher while oversupply of the product pushes the prices down.

Any observant economist must have noticed the huge disconnect between the farm-level prices and retail prices for a number of commodities in the market. Milk is not an exception in this case. Research shows that milk farmers receive 29 percent of every payment made by the consumer (Daily farmers of Washington, 2007). Such statistics indicates that retailers and processors gain more than the original producer of the milk. Even worse, this figure might decline further if farmers do not adopt different methods of adding value to their milk. Value addition techniques include pre-processing, packaging and preserving the milk. This allows the farmers to have considerable control of the amount they receive from the overall sale of milk.

Americans have high value for milk and its products. Therefore, milk is one of the products whose demand is likely to remain constant for a long period. Regardless of its price, consumers cannot avoid or replace its use. In addition, milk has great versatility and nutritional value than any other product in the market (Daily farmers of Washington, 2007). Its preference is high among most home owners, which ensure that its demands remain high.

While the demand for milk has remained high even with an increase in prices, the situation is not the same for all consumers. High and middle class consumers may not feel the pinch of the increasing milk prices. However, low income earners are faced with the problem; of having to strain their income further in order to afford milk. For such consumers, the demand may not remain the same if milk prices continue increasing. Although is not possible to forgo milk consumption, low income earners are forced to reduce the amount of milk they consume. Bob crop, an agricultural economist of the University of Wisconsin also attests to the fact that some consumers may reduce their consumption rate for milk (Daily farmers of Washington, 2007). As shown in the following graph the demand for milk does not get to zero even when the prices reach the peak (figure 1.1).

In conclusion, the demand and supply of the product have high influence on its price. However, there are some exceptions to the economic theory where, the demand for certain products, particularly essential commodities, remains constant when the prices increase. The case of milk is a clear example of such commodities. Even so, the theory does not apply to low income earners who have to reduce their consumption. For all consumers, it is inevitable to forgo milk.