Examples of Plants Essays Below

Will Plants Grow Using Benzoic Acid Instead of Water? 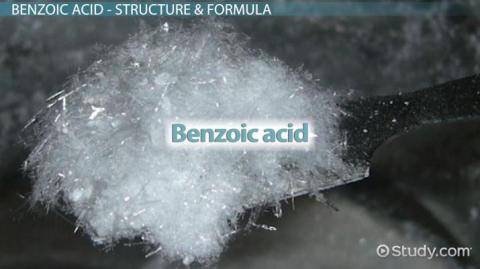 Benzoic acid is a crystalline solid that is colorless, and also represents an aromatic carboxylic acid. In many plants, it occurs naturally, and as far as the biosynthesis of secondary metabolites is concerned, it works as the intermediate. Benzoic acid further produces salts which can be utilized as food preservatives. It greatly inhibits growth of some bacteria, yeast, as well as mold (Amborabé 198). Different experiments have been conducted with the intention establishing the role of benzoic acid in vegetative growth characters, fatty acids composition, photosynthetic pigments, biochemical constituents, as well as seed yield.

Benzoic acid, it must be noted, is a precursor to numerous critical compounds. It is used by plants to create growth regulators and defensive compounds, and this significantly attracts pollinators. For plants to make benzoic acid, their chemical structure has to be modified, just in similar fashion that fatty acids are broken down by many organisms. However, despite benzoic acid being a vital precursor for numerous secondary and primary metabolites, its role in plants biosynthesis is yet to be elucidated fully.

In the case of Lemna Paucicostata, the role that benzoic acid plays in its flowering cannot be underscored. Normally, when grown on a medium of basal Bonner-Derivian, it does not flower. However, addition of benzoic acid to the medium results in substantial flowering. Benzoic acid is therefore required for flower initiation, and its continuous presence comes in handy in ensuring maximal flowering (Huang 164). Usage of benzoic acid should, however, be regulated, especially since its continued usage could stimulate profuse flowering. In the case of Zinna Elegans, studies show that benzoic acid has registered massive success when it comes to leaf development. This is especially so when applied to the shoot apex of plants where fruitful results have been shown. Nutrient solutions that have benzoic acid have been shown by research to lower the auxin levels of fronds. Benzoic acid has therefore been proven to play a critical role in leaf histogenesis.

Benzoic acid is salicylic acid’s biosynthetic precursor. Salicylic acid represents an endogenous growth regulator whose nature is phenolic. It plays a critical role in plants’ physiological processes. Various studies have concluded that benzoic acid’s exogenous application lead to a marked improvement as far as growth characters are concerned. These include factors like a plant’s dry weight, as well as the number of leaves and branches (Kaur 89). The plant height also increases impressively.

Other factors that are improved by the addition of benzoic acid during plant growth include photosynthetic includes, and these include factors like chlorophyll b, chlorophyll a, as well as chlorophyll (a+b). This consequently increases carotenoids and the total pigments. Through the addition of benzoic acid, it was noted that seed yield increases significantly in some plants, as well as the factors that go with it like the dry weight of seeds and pods. Further, the biochemical constituents of the seeds also showed great improvement. These include both the phenolic and flavonoid content, as well as carbohydrate and protein levels. Benzoic acid is instrumental in causing the increment of total essential fatty acids, as well as unsaturated fatty acids. Its promotive effect as far as plant growth is concerned s therefore evident.

Studies have suggested that benzoic acid has various effects on growth, chlorophyll content and mineral of different plants such as soybean (Sawada 96). Organic acids are critical allelochemicals which are water-soluble, and which can be traced in soils that are infested with quackgrass. They are involved in numerous processes, and their role in plant development and growth cannot be underscored. In the case of soybean, benzoic acid was found to reduce the shoot and root dry biomass.

Plants that were treated had less lateral roots, and a keen analysis reveals that they are likely to grow more horizontally than is the norm. Lateral roots were not only less flexible, they were also greatly stunted. The amounts of SO 4(2- ), CI (-), Mn, Mg, K, and P were lower, whereas Fe and Zn contents were greater in the roots of the plants that have grown using benzoic acid (Sawada 197). This is as compared to plants that are untreated.

Shoots of plants that have been grown using allelochemicals have always exhibited a higher accumulation of Zn, Mg, and Ca, while also having reduced Fe, and P contents. In the case of soybean, therefore, it has been revealed that benzoic acid has the effect of reducing the chlorophyll content in leafs. Benzoic acid is therefore accountable for the deleterious allelopathic effects that quack grass has on soybean. It greatly inhibits root grass, because it alters both the transportation and uptake of ion.

Most studies seem to point to the conclusion that benzoic acid has more pros than cons when used in plant growth. When used as foliar treatment at varying concentrations, it was shown that benzoic acid gradually increases plant growth characters. Improving crop plants productivity through the exogenous application of probable growth regulators has been hailed as an effective technique. Benzoic acid has particularly been testified to induce critical effects in plants’ biological aspects (Amborabé 1100). It is in a variable manner that these compounds influence. They enhance certain processes while inhibiting others.

Research indicates that benzoic is a critical factor in plant growth, largely due to the stimulatory effects that it has on vegetative growth parameters. Examples of plants where benzoic acid has yielded positive results include maize and beans. The stimulatory effect that benzoic acid exhibits could be tied to its photosynthesizing tissue (Huang 165). The fact that plants in dry weight implies that the number of leaves and branches has been increased, and this greatly promotes the photosynthetic process. The promotive effect that benzoic acid exhibits could further be tied to its bio regulator effects on both biochemical and physiological processes that occur in plants.

The conclusion that most studies make on the role of benzoic acid in plant growth is that it increases photosynthetic rate, facilitates gas exchange attributes, enhances transpiration rate, as well as stomatal conductance (Scannerini 78). It has been suggested that benzoic acid is a critical component in plant growth in that it enhances the total photosynthetic rate, water use efficiency, as well as intercellular carbon dioxide. Further, it ensures increased mineral uptake, prevents chlorophyll degradation and protects chloroplasts. The conclusion therefore is that benzoic acid not only increases growth, it also increase seed yield quantity and photosynthetic pigments. 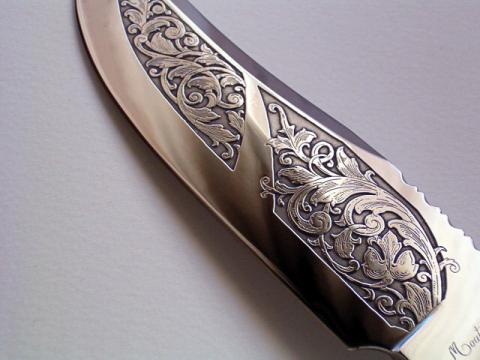 Intaglio is an art technique that involves the making of copper plates which is done through incisions created through etching, using acid and engraving. Rembrandt van Rijn is responsible for the creation of about 300 etchings from 1626 to 1665. His career as a printmaker was in place with his passion as a painter. All intaglio prints use a metal as a surface, where the images are cut into creating the model one prefers. The two common methods of etching include acid etching and dry point etching (Baynton, 2009). Acid Etching involves the surface of the metal being covered in acid resistant coating known as ground. This is because the acid cannot erode the metal surface in this form.

The design to be printed is then drawn out on the metal surface: this is done lightly to expose the areas that will be etched by the acid. In the case of areas that have accidentally been etched, more ground is used. The parts that had been exposed when the artist was drawing are eaten up by the acid. The longer the copper plate stays in the acid, the deeper the lines will be etched. The plate is then removed from the water; the ground taken off, and it is degreased through the use of soap and water. The artist can then proceed to use other methods like drypoint and aquatint.

Dry point etching is easier when compared to the engraving method. The lines produced through dry point are formed through the burr that is thrown up at the edge of the cut lines. The size of the burr depends with the image and the intensity of color or lines. The lines created through this method are characteristically soft and dense. This method is, however, useful for smaller editions only. This is because the pressure of printing destroys the burr very fast (Baynton, 2009).