Examples of Food Essays Below 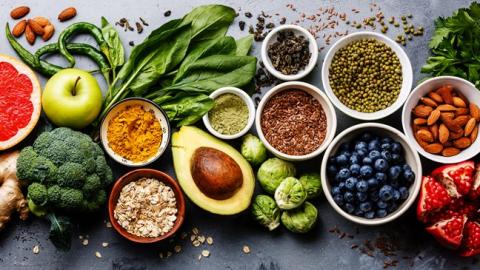 Every food item has a history behind its domestication and where it was first found before being transferred to other parts of the world. However, people seldom think about where the food they consume everyday originates from. In most case, people’s thoughts about the origin of food are limited to the market, grocery shop or farms, for those who are lucky to have seen the crops in their actual development.

The geography of food is a field that tries to evaluate the actual origin of the food that is consumed in homes and restaurants today. Apparently, all plants and animals were in existence since the formation of the world. There are no plants or animals which were generated scientifically and if there are, it is just a modification or improvement of a plant species that existed in the world. Actually, domestication of plants and animals was the first step towards the development of the subsistence and economic agriculture that we have today.

Mothership Sunday roast lamb is a common main course meal that is prepared in local and international restaurants in America. The main ingredient in this meal is the shoulder of a lamb. Roasting gives tender, sweet and delicious meat which falls off the bone easily. The ingredients are readily available in the market at affordable prices which makes mothership Sunday lamb roast a favorable choice particularly when preparing meals for a large group of people.

The main ingredients for this meal include, garlic, fresh rosemary, olive oil, lamb shoulder, onions, potatoes, fresh mint, white wine vinegar and frozen peas. To prepare this meal a person needs to have an oven, pestle and mortar, roasting grid and other basic utensils required for basic food preparation. In this essay we shall focus on the origin of potatoes, peas and lamb including the different perspectives behind their domestication. 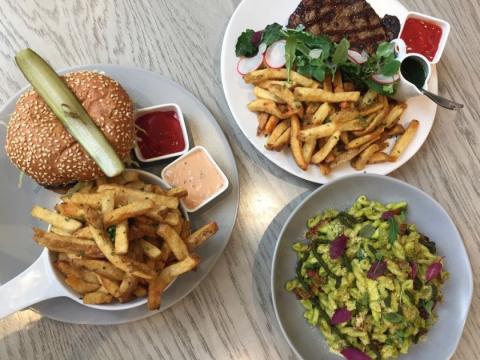 The origin of potatoes traces back to South America on the slopes of the high Andes mountains. Its production then spread to the temperate highlands in different regions all over the world. Over the last few years the production of potatoes is rapidly increasing in the warm, humid tropical Asian lowlands particularly during the dry seasons (Vander, 1984). There are claims that potatoes came into existence about 7000 years ago and the fossils were first discovered in a cave located in Chilica canyon. In Europe potatoes were used as an anti-famine food but it eventually became a staple food in the region.

Peas belong to the legume family whose members are popular for their ability to convert nitrogen from the air into nitrates. Generally it is believed that peas originated from an extensive region; extending from Middle East across to Asia. There are other claims that peas originated from northern India, Burma or northern Thailand since they fall under cool-weather crops.

These claims are father supported by archaeological evidence which indicates that archaeologists found peas in Spirit cave which is located on the border between Burma and Thailand. Apart from Thailand and Burma the production of peas has spread on several other areas all over the world. Peas are grown under normally cool weather or in modified environments such as green houses. In addition to the fact that peas are grown in several regions all over the world, they exist in several species that do well in different countries and continents. Even with such fantastic information on the origin of peas, there are still people who are unaware of where the peas they consume are grown. 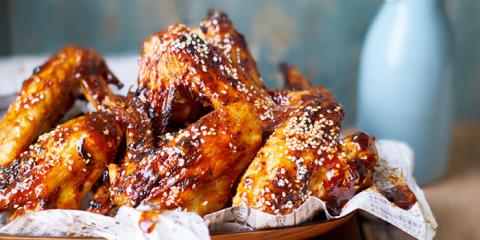 Lastly we look at the origin of lamb which is the main component of the mothership Sunday lamb roast. The origin of lamb and sheep traces back to the Norwegian lowlands and the low lying areas in Italy and New Zealand. There are other claims that sheep were first found in Europe and Asia. According to different researchers sheep were among the first animals to be domesticated for agricultural purposes. They were basically domesticated to provide meat as well as wool which were used in different industries that dealt with the production of wool. Apart from the traditional breeds of sheep scientist have come up with techniques of improving the traditional sheep. The main intention is to come up with breeds that are more productive in terms of meat and wool.

In conclusion, the geography of meal is very crucial when it comes to making decisions concerning the choice of food. It is evident that most people are not concerned about the origin of a particular food or ingredient. Their thoughts are limited to the immediate sources of the food such as the market and food shops. From the essay it is evident that ingredients used in preparing a particular meal originate from different regions in the world. It is possible to find two ingredients that are used to prepare the same meal originate from different continents. Actually, knowledge on meal geography helps people to understand the history behind the food that they consume on daily basis. This information is essential in studying the various changes that have occurred in the agricultural sector.

In this article, Tsang looks highlights the impact of the United Kingdom's exit from the European Union. More specifically, Tsang focuses on the implications of the British exit (Brexit) on the food market, especially if there is no agreement. Executives from significant food stores such as Asad and fast food restaurants like McDonald's wrote a letter addressing the issue, and they expressed their concerns over the implications of a no-deal exit.

Tsang provides basic statistics on Britain’s food sources, emphasizing that being part of the European Union ensures secure entrance of food imports. The article cites tomatoes, lettuce, blueberries, and strawberries as significant imports, and expresses concern over the transportation and storage of these foods post-Brexit. Although the author is optimistic that the government may lower taxes to ease the burden on food prices, other factors such as increased inspections and more documentation can only push the cost of trade higher. The article concludes that should Brexit take place without a deal, British farmers will be significantly affected, and consumers will incur higher prices for lower quality food products.

Trade agreements ease the flow of goods and services amongst nations (Wild & Wild, 2000). Fundamentally, when a country joins an international union, some provisions lead to reduced cost due to lower tariffs, minimal inspections, and less documentation. When a state opts out of an international union, it loses its voting powers and can no longer influence the decisions made within the union (Wild & Wild, 2000). Even so, a country can continue to enjoy some of the advantages of being part of the union, provided there is an agreement between the existing state and the heads of the union.
In conclusion, the article provides a sound argument on the impact of a no-deal exit by the United Kingdom. Both farmers and consumers will feel the effects of Brexit, as there will no longer be any agreements protecting their interests.