Examples of Clinical Essays Below 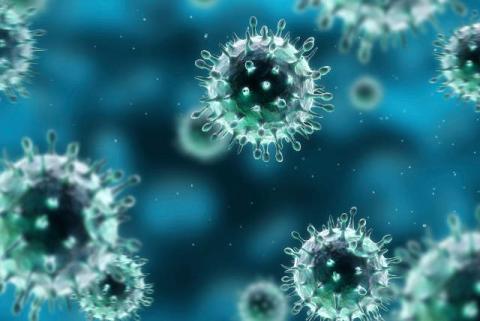 The possibilities of application of enzymes, especially when it comes to food processing and medicine has expanded in a significant manner because of recent advances in enzymology. This can be said to be due to the obvious advantages of enzymes as compared to other chemical catalysts, namely, selectivity and stereo specificity of action, and the ability to attain high substrate conversion rates under the relative mild technological conditions as well as for the safety of human beings and the environments. This paper will research on the immobilization of enzymes with nano-particles.

Magnetic particles with dimensions that range from the nanometer to the micrometer scales can be said to have an increasing number of medical applications. It is important to understand that the most important properties for the magnetic particles that are useful in clinical diagnostics as well as medical therapies include the non- toxicity, inject ability and the high level of accumulation in the target organ or tissue (Ângela Andrade 2012).

They can be grouped into two broader categories depending on their methodology; there is the vitro and the vivo. When it comes to vitro applications, the main use can be said to be diagnostic and separation as well as the labeling of the bio molecules such as the DNA/RNA, however, when it comes to vivo applications, they can be further split into diagnosis applications and therapies. As compared to other standard procedures such as centrifuges and chromatography, magnetic separation can be said to be very simple and can be performed directly to crude samples that contain suspended solid materials.

In fact, it can be argued that indeed magnetic separation can be said to be the only feasible method when it comes to the recovery of small magnetic particles that are found in the biological debris and other fouling materials of similar size (Ângela Andrade 2012). A work on several amino acids using the silica coated Nano magnetic particles with the intention of protein purification indicates that indeed they have more advantages such as low cost, easy preparation, easy handling as well as rapid purification (Ângela Andrade 2012). These particles therefore, can be said to have an extensive potential when it comes to being a tool for the facilitation of biotechnology applications. It is also of the essence to understand that the Nano magnetic particles have been coated with amorphous silica shells in order to increase enhanced surface reactivity to both DNA and RNA purification (Ângela Andrade 2012).

The rapid detection of biological warfare as well as biological terrorist threats can be said to be of significant concern to military and civilian challenges (John Haik 2005). The biological agents when they are properly prepared can be said to be extremely potent and can be used to kill thousands of individuals. It is important to note that in traditional times, there was reliance of the biochemical basis that was developed by Pasteur and others when it came to the detection of microorganisms.

The study by Haik & Qablan (2005) identifies a simple process and a hand held device that is used to quickly conduct analysis under field conditions In order to detect pathogens. A magnetic sandwich immunoassay is often developed for the rapid isolation and detection of the targeted pathogen. In the study, Escherichia coli BL21 star is used as a model in the study. It is of the essence to understand that the magnetic immuno assay takes advantage of the different and diverse multiple epitopes that are often found on the target.

On one epitope a magnetic particle in many cases is attached. On the other epitope the glucose molecule is attached. It is important to note that the Glucometers in this case have been designed with suitable accuracy that is used to detect small amounts of glucose through the oxidation of glucose to gluconic acid at the site of the platinum electrode (John Haik 2005). When this is done the sandwich magnetic assay which contains the glucose labels can be correlated with the concentration of Escherichia coli.

Chalkias (2007) during the investigation of immobilization of enzymes on inorganic nanoparticles found out that the immobilization of the avidinylated enzymes such as Horseradish Peroxidase on inorganic particles was accomplished by the utilization of the affinity of avidin for biotin. The catalytic activity of Horseradish Peroxidase increased when the magnetite particles were present in the assay at low concentrations. The synthesis of biotinylated oxides such as layered silicates as well as iron oxides was done via the condensation reaction as well as through the one step process. The immobilized enzymes thermal behavior was improved, the storage stability as well as the different behavior in the different and diverse pH environments.

The research by Chalkias (2007) found that there was a profound catalytic activity increase per mass for the HRP when they were immobilized on magnetic iron oxides particles. It is important to understand that the phenomenon proved to be completely independent of the immobilization steps and it was observed even when particles and HRP were suspended together in what can be described as a buffer solution.

The activity increase in this case was reversible and it could have been easily turned on and off with the addition or even the subtraction of the magnetic particles (Chalkias 2007). The activity assays using the particles with the increasing magnetic properties showed a definite proportional increase in the enzymatic activity. Therefore, the results of the study suggested that the randomly distributed magnetic particles often affect the paramagnetic species that are found in the catalytic cycle of HRP and this completely changes the overall reaction rate.

Biocatalytic process economics can be said to be enhanced by enzyme reuse as well as the improvement of the enzyme stability that is often afforded through immobilization. The capacity that exist to retain or recover enzymes assists immensely when it comes to the recovery of enzymes as well as creating a biocatalyst separation from the product. This prevents the continuous process and prevents the carry-through of protein and activity to subsequent steps. The immobilization is also important as it helps when it comes to enzyme performance under the optimal process reaction conditions (Brady 2009 ). It is also of importance to note that the improvements in the current-based immobilization strategies have been over the years developed using hetero-functionalized supports which often enhance the binding efficacy as well as stability through a multipoint attachment.

There are new commercial resins such as Sepabeads that have been introduced in the market that are known to improve protein binding capacity. There has also been the development of novel methods of enzyme self immobilizations as well as their carrier materials. There has also been an improvement when it comes to entrapment and encapsulation. Therefore, apart from stabilization, recovery and retention, there are several other advantages of enzyme immobilization that have emerge (Brady 2009 ). They include the enhanced enzyme activity, the modification of substrate selectivity and enantioselectivity as well as multi-enzyme reactions. These advances can be said to offer a big promise to the industry and they will continue to enhance the roles of immobilization with the opening of the doors for novel applications.

However, in spite of the long history as well as the obvious advantage that lies with enzyme immobilization, it is estimated that only 20% of biocatalytic often involve immobilized enzymes. There have been interesting developments that have been reported in terms of literature as well as patent applications which might show that indeed enzyme immobilization might entering into a new as well as exciting phase in the 21st century (Brady 2009 ).

Most enzymes that are often used in food processing are present in food and are in many cases ingestes with vegetables and fresh fruits. Modern methods f chemical modification of enzymes that confer with increased catalytic activity as well as stability of molecules has often been considered. (Dyshlyuk 2013) It is important to recognize that the presence of sufficient amount of active groups on the surface of the carrier is an important factor for the successful enzyme immobilization.

However, the surface of Fe3O4 nano particles can be said to be devoid of reactive groups that could be used for covalent binding of the enzyme. Consequently, the chemical modification that is prior to the enzyme immobilization can be said to be necessary. There are various methods that are used when it comes to the modification of the nanpoarticles and these methods include alkylation, amination, silanization and the coating with polysaccharides or with polyaniline (Dyshlyuk 2013). The study found out that the covalent binding of chymotrypsin to the surface of modified nanoparticles often allows for the production of immobilized preparations when It comes to the possessing of high activity and stability. There it is important to note that these preparations can often be used in various fields of biotechnology (Dyshlyuk 2013). The properties that exist in the enzyme preparations can be regulated and controlled in a manner according to the specific biotechnological tasks and this can be done by the varying of the different conditions that lead to immobilization.

1. How can entrapment be effectively optimized using immobilization of enzymes

2. What are some of the negative effects that might come with the immobilization of enzymes

3. How can immobilization of enzymes by magnetic Nano-particles are used in deterring biological terrorists.

In order to understand how entrapment can be effectively optimized using immobilization of enzymes there is a need to have a polymer network and a situ. The use of different metals can then be tried to entrap the enzyme starting with silica sol gel in the process of hydrolytic polymerization. In this experiment, the polymerization conditions that the polymer porosity, surface functionalities, network structure and particle structures can be used as variables. This will be important as it will ensure that the experiment is able to answer its main research question regarding how entrapment can be effectively optimized using the immobilization of enzymes.