Examples of Corporate Essays Below 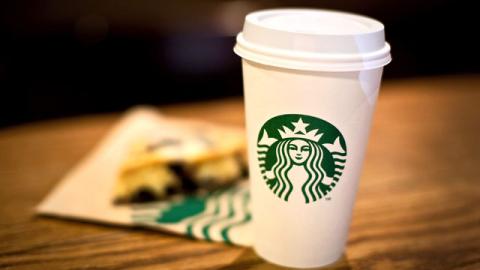 The controllable elements, in this case, identify the marketing strategy as follows. The company had control over the product. In its efforts to expand the company opted to provide eight dollar sandwiches and desserts. Also, in such case as Japan market the company offered its coffee in bootless and cans. The product offered in Asia differs from those offered in the USA regarding sweetness. Then there is the price; it could control price in different markets. It is evident in the case of US and Italy. In the US an espresso costs $1.50 while in Italy coffee costs 67cts.

The choice here is Starbucks to set higher prices for its coffee or to lower as to be in a better position to compete. Another controllable factor is the place. It means that Starbucks have the power to decide the countries to introduce its products (Enz, 2010, p. 50). Italy being a new market Starbucks can choose to set its stores all over the country or just concentrate on either south or north Italy. Finally, there is the element of promotion. It is noted that Starbucks relies heavily on word of mouth and mystique subject to its brand name. As a result, the company spends $30 million in advertisement activities while companies its levels spend a hundred times that much.

On the contrary, there are the uncontrollable elements. The company has no control over the political forces. The analysis reveals that regulations characterize such countries as France. It includes the generous labor benefits that a company is required to offer its employees. There are also, the cultural forces. It is noted that coffee shops in Italy offer food alongside coffee. It is an area that Starbucks is identified to be facing significant challenges. Also, the company has I control over the level of technology. In the course of time Starbucks have implemented various technologies some of which has failed. Recently, it announced to adopt reliable WIFI in Europe and North America however; the company has no control over the proper functioning of the wireless internet. Lastly, there is competition especially in Japan from such companies as MacDonald’s in Japan, competition from Italian local coffee bar and the economy of its target states.

It is right to say that various market risks characterize Starbucks. It is a global company whose primary strategy is to globalize fast. The strategy is a risk in itself. It has contributed to global dominance establishing a powerful brand name globally. It is only a company that can arouse the consumer’s emotions that can witness street protest. Failure to satisfy customers is one source of the risks facing the business. Also, a global company it is subject to global recession subject to its costly products, consequently, customers are likely to switch to the less expensive products. There is the problem with unsatisfied employees, who may go on providing low-quality services. Furthermore, Starbucks have been subjected to a large number of lawsuits from frustrated managers and staff and, this is estimated to total more than $18 million (Bowen, 2013.p 100). The market saturation strategy concerning expansion and Cannibalization is a significant threat.

o The company should focus on improving the quality of services through motivating its employees by offering an excellent benefits package.
o Engaging in determined expansion efforts directed only to certain countries focusing on those with high growth rate and a promising market.
o Increased spending on marketing and advertisement activities to improve its public image and win more customers.

In the cause of its expansion, the company has employed various tactics some of which are discredited. Sin several instances the company has used its influence and capital to obtain a market advantage. In other cases, the company engages in unfair tactics directed into driving small firms from the business. It is evident in the case of David Shomer who claimed that Starbucks approached his landlord and paid twice the rent amount, in another instance the company was competing with Tully’s Coffee Corp over a premises and Starbucks worn the building (Thompson and Arsel, 2003, p. 635).

However, upon vacating the premises Starbucks opted to pay the rent without using the facilities rather than let Tully rent the building. Also, the strategy does not accommodate the teenagers, especially in the USA market. The target customers are the older generation and Baby Boomers mainly due to its high costs. Also, in most expanded places the company has to engage in partnership or franchise. Consequently, the company gets profits between 20% and 50% which reduces its revenues. In another dimension, expansion contributes to hiring more employees at a low wage lowering their incentive to uphold the original company mission which is to provide quality services. Consequently, the company will tarnish image and reduce its sales. Other scholars have argued that Starbucks will reach a point where it would be hard to expand further. Furthermore, its strategy associated to cannibalism, since, adding a new store cuts the nearby store revenue with close to 30%.

The first step would be to increase awareness aiming the consumers. It would entail adopting various strategies such as joining social campaigns or preparing entertainment events and this will assist in bringing customers close to Starbucks. Then Starbucks will be required to lower the price of its commodities to the same level as the competitors or close to that. It will allow the accommodated majority of teenagers if the coffee is at an affordable price. The company has an advantage since its coffee identifies as sweeter than that of the competitors. Also, the general operating cost in Japan will be great subject to labor, rent and shipment costs. To cut on costs, the company should begin a roasting plant in Japan. Also, the company could introduce an online system of buying, although Japanese prefers to sit and drink, among the youths such time is not available and this would help win more of them as buying coffee online would save their time.