Examples of Advertising Essays Below 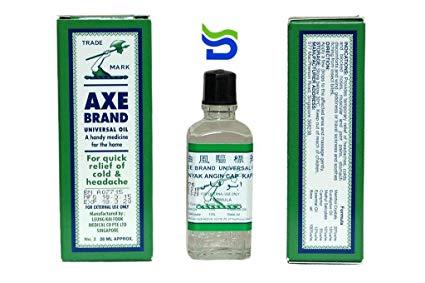 Axe is a brand of male grooming products, and it is owned by a British-Dutch company known as Unilever and it is marketed towards the young male demographic. By looking at their advertisements, it was clear that Axe mainly concentrated on television advertisements and internet advertisements. This is because these were mainly where its target market which is the young male demographic frequented. This paper analyzes the creative strategies, competitive as well as media strategies that Axe has taken in a bid to better promote its product to its target market.

Axe has taken the notion that sex sells in its advertisements. Most of its advertisements especially those on the internet and television are of a sexual nature, and they show males that have used axe being extremely attractive. There is always a sexual undertone in their creative strategies and in-fact, this is something that Axe has come to be known for. Its advertisements show that men that use Axe often get a lot of female attention, and they are more confident that the next persons. For example, the Super bowl Axe advertisement showed world leaders that had used axe making peace instead of going to war. The sexual undertone was seen in the title ‘make love, not war’.

Axe understands its young urban market and understands the qualities that they require. Therefore, Axe mirrors what the young male demographic requires, and associates with cool and Axe uses this notion to promote its product as having all these characteristics. It uses re-emphasis method, where the advertisement is occasional in television stations, and this is the reason as to why Axe has become a household name in the United States. Axe also compares itself to other competitors whom it shows are outright shameful and should not even be picked from the shelf. All in all, the creative team at Axe should be recommended and commended for their good work on creating advertisements that have been etched on the young male demographic and has resulted into increased sales.

Limara body spray is a competitor to Axe in the body spray market. Limara spray has been growing in sales in the United States. Limara has taken a more pronounced and specific advertising. It appeals to the sophisticated male that wants to stand out and be extraordinary. In some of its advertisements, it shows cool persons but at the center is a classic gentleman that uses Limara body spray. There are several similarities and pronounced differences between the creative strategies of Axe and Limara.

Similarities- There is the use of sexual undertone in both Limara and Axe advertisements. This might be because sex often sells and especially to the young male demographic that the two body sprays intend to reach. However, Axe is better known for its sexual undertones as compared to Limara which is modest in this approach. The two brands use real-life experiences to show the powerful nature of their individual brands. Further, they try to show the different essentials that their individual brands have that are superior as compared to those that belong to the competitors.

Differences- Axe presents a cool advertisement for the fun-goers and persons that love adventure. However, Limara, on the other hand, presents sophisticated men that want to be distinct and different and make an impact. It shows more refined men that want something more than the ordinary. This is essentially the fundamental difference that exists between the two creative strategies for these two competitive brands.

There are two main media channels that Axe uses in a bid to reach its target market. The first is the use of television and secondly; it is the use of Internet. Axe has several advertisements that are aired in different channels across the United States. Axe is often advertised after programs that are known to be loved by young persons. This is in order to ensure that the advertisement reaches its intended target market in the right way and that it receives full attention.

Further, there is a tendency to associate an advertisement with the program that they love. Axe is extremely vibrant on the Internet and more especially in the social media circles. Axe has been able to build itself a big name on Facebook, and it is extremely rare for one not to view a sponsored page by Axe when he or she logs into Facebook. In Twitter, the body spray giant has been able to influence national trends and receive large coverages because of its sexual undertone videos and messages. These two media channels have been especially effective for Axe as its sales has increased, and the brand acceptance has increased dramatically. Although it is used in Print media, Axe has not been able to adequately establish a firm presence in this type of media channel.