Examples of HR Essays Below 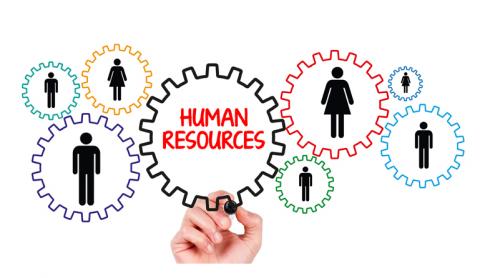 Human Resource Management (HRM) is a familiar concept in business studies. It encompasses three important words; ‘human’ ‘resources’ and management. Although resource is an ambiguous concept, this concept has to do with management and people. It involves management-placing people in the domain of business (American Management Association, 14; Burke & Coope, 19). Although HRM has been defined variously, it involves management of employment and development of committed and capable workforce that adds to an organizations’ competitiveness (Rennie, 3; Waal, 18). So, the acquisition and retention of a qualified and competent workforce is the core function of HRM.

Other functions also exist. However, since globalization took over in the last two decades, there has emerged the ‘new economy’-with unique features. In this new economy, people use ore of their brains than hands; competitiveness if driven by information technologies; in this world, new concepts or the ability to create them has replaced machines; and a world where innovations have taken over mass production (Rennie, 23; Hamel & Prahalad, 11).

This paper examines the role of HRM in building competitiveness in this new economy? It will seek to answer the question as to whether HRM departments are still desirable.

THE CONVENTIONAL ROLE OF HRM DEPARTMENTS/SPECIALISTS

There are various functions carried out by an organization’s HRM department. Although these functions have been changing-with transformations of the world economy, there are those general functions that remain (Hamel & Prahalad, 14). The HRM department is seen as a ‘support department’ in many organizations. The management of human resources involves the systems, practices and policies that are put in place to regulate and influence the performance, attitude and behavior of employees in an organization (Rennie, 23). Researchers and human resource consultancy firms have given some of the functions of HRM departments.

The American Management Association (11) gives some of these functions as; recruiting employees, developing plan and directions, developing and utilizing human resources, counseling employees, classifying jobs and salaries, disciplinary issues, managing employee benefits, developing safety and standards programs, recognizing employee performance, and carrying out employee periodic reviews, among other functions. HRM is about ‘human practice’ and HR-strategists have argued that there is need for these practices to be strategically managed so that they enhance the performance of an organization. This is what has been termed as ‘strategic HRM’. In this paper, the author proposes to accept the functions of HRM departments as enlisted by the Washington Based, Bureau of Labor Statistics (2010).

These functions aren’t exhaustive, and the HRM department of an organization may perform many other functions. However, firms are getting more concerned with the strategic role of HRM, as the business environment changes and becomes more competitive. The new economy features noted earlier have necessitated the need to re-evaluate HRM practice.
Is HRM Department a Must: In today’s economy, the recruitment and retention and development of talented HRM practitioners has become a critical success factor. However, this department that is supposed to help managers with their talent is sometimes viewed with disdain in some angles.

Some marketers have said they have yet to see HR add-value to businesses. Others argue that HR is a complete business obstacle that should be navigated and transformed to real business processes. This means that some people do not regard HR as a real business process. However, proponents of the HR function argue that it cannot be taken for granted. They argue that HRM is the hallmark of an organization’s competitiveness (Wright, 21). This ‘strategic HRM’ and it has gained much interest in recent days. Supporters of strategic HRM argue that the time for administrative functions of HR departments/specialists has considerably reduced.

Today, much of their time is in building competitive strategies for the business through, change management, partnerships and employee advocacy (Waal, 17). To ensure that the HRM function contributes effectively to an organization’s competitiveness, many organizations are using the ‘service shared model’ to re-arrange their HRM departments. This model is applied in this study to explain how the HR function can enhance competitiveness by reducing/controlling costs and improve the relevance of HR practices to a business. This model entails the organization of HR into service centers, centers of excellence and business partners.

Under centers of excellence, various HR specialists are selected to provide support in the whole organization (e.g. training), service centers are where employees access administrative services, while business partners are deployed to work closely with business-unit heads and support them in functions such as compensation program developments. HRM is today, seen as a strategic partner and change agent. One of the studies that were conducted in this area concluded that;

Firms are transforming HRM from a stand-alone and specialized function to a broad capability in which HRM specialists and business unit heads are nurture partnerships to build competitiveness and realize overall business objectives (Wright, 15)

A good example for this is for HR at McDonald’s, where much of the company’s staff is engaged in its global expansion outside US.

There is also growing concerns for Evidence-Based- HR-aimed at showing that the finances spend by the HR departments are worthwhile (Halcrow, 1988; Wright, 2008). This model shows that HRM practices and policies have positive outcomes on the firm’s bottom line (i.e. shareholders, society, customers and employees). It answers questions of what practices are cost-effective and worthwhile.

It’s also projects the expected changes of HRM practice on an organization’s profitability, and staff behaviour. Workface analytics is required in this model. This involves the use of information from HR databases to make decisions that are evidence-based. I summary, supporters of the HRM function as a source of competitiveness argues that this is achieved through; employee development; teaming and socialization, training of staff, managing social contracts, managing employee turnover and managing diffusion (Grossman, 61; Ulrich, et al. 10).

However, in the new economy that is characterized by increased use of information technology, knowledge intensive production, value-added-production, research and development, critics argue that HRM function has become less useful and organizations can still survive without HR departments. Critics argue that the‘re-invention’ of HRM function and the crafting of new concepts such as ‘strategic human resource’ is evidence, that the traditional role of HRM has no place in the new economy (Lawler, 168). Critics argue that in many organizations, HRM departments are bureaucratic, ineffective, and incapable of showing results.

Although these criticisms may/ may not be true, some firms have HR departments that only perform transaction work and do not add any value to business. Also, critics argue that organizations end up spending lots of resources in developing HRM functions (e.g. SAP) which do not add any anything to the bank. Another issue that has bolstered the arguments of HRM critics is ‘outsourcing’. Because recruitment is not an-all day event, critics argue that many companies have turned to outsourcing in order to cut on operational costs (Burke, & Coope, 25).

This is also diminished the traditional function of HRM departments-the main one being recruitment and training. Outsourcing has gained ground in today’s business and it is likely to continue. Although all the functions associated with HRM departments cannot be outsourced, critics argue that as competition heats up, firms will be forced to outsource most of their functions. Today some of the HRM functions that are outsourced include; high volume recruitment, temporary recruitment, relocation, payroll, benefits administration, coaching, creation of employment manuals, developing compensation programs, and restructuring. Despite the fact that other functions still remain internal to an organization such as; employee relations and succession planning, critics argue that the HRM function has lost the ‘taste’ it enjoyed for decades.

The HRM function has transformed with the emergence of globalization and the new economy. The new economy has transformed the needs for being competitive. Firms have to learn on how to save cost and turn every opportunity to competitiveness. This paper has highlighted the changing role of HRM in a new economy. Using the service shared model and the evidence based model, this paper highlighted some of the ways the HRM function has been used to build an organization’s competitiveness. However, critics have argued that HRM departments have become obsolete in the new economy and they have to re-invent themselves. Critics also argue that with many of traditional HRM functions being outsourced, HRM departments are finding themselves less useful as they were before. Critics argue that recent concepts such as ‘strategic human resources’ are a invention to make HRM departments useful in today’s economy.

Many big companies face the challenge brought about by fake reviews. Fake reviews remain to be a concern to these companies since they bring more problem to the company than they were initially expected. Fake reviews are written by different people. They can be written by either the competitors or some customers with some negative thoughts about the companies. Rumors abut the product on the other hand remain to be another source of these fake reviews (Liu, 2012). Cyber shilling, which is common with competing companies, involves the paying out writers to write reviews about another company highlighting the negativity of the competitor. In addition, with the issue of cyber shilling, cases of customers writing reviews of some products with which they do not have knowledge about also contributes to the whole issue of fake reviews.

On the customer side, fake reviews provide fake information about a given commodity. This denies the clients a chance to make their decisions without facing some influence brought about by the fake reviews. In addition, with cyber shilling, once a fake review is made on a company aimed at building on the reputation of the company, customers’ ends up purchasing inferior commodities (Liu, 2012).

A fake review is a demolishing tool that is used by a company to overcome its competitors. While solving cyber shilling, it is essential for the competing companies to use legal methods while competing with their competitors. Government regulation is another measure that can be used to deal with fake reviews.