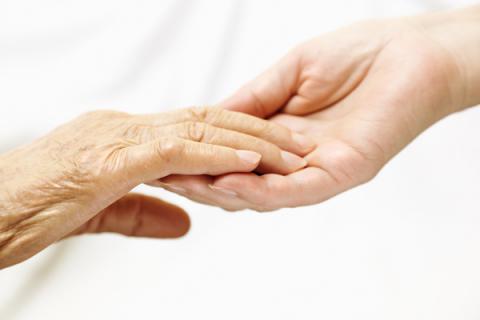 Through research, Nursing researchers have generated new knowledge and advanced the grand old knowledge. The knowledge generated has provided conceptual models and theories that specify the practical approaches that can be taken to achieve positive patient outcomes during the healing phase and recuperation processes. These models and theories can take the form of empiricism, ethicalism or aesthetism depending on the social context of practicum. This paper discusses Kristen Swanson’s Caring Theory and the Behavioral Systems Model Theory from the perspective of Dorothy Johnson. I choose to discuss these two theories because they best associate nursing theories to both humanistic and scientific principles of thought. This paper also discusses the concept of empathy as well as some theoretical assumptions that emerge from the analysis of the two nursing theories in nursing practice mentioned above.

Review of the Literature

Kristen Swanson (2012, 59) introduced a new definition of caring, which asserted that caring is the nurturing way of relating with others in a valuable way that impresses upon the other feelings of personal commitment and responsibility. In that same article Swanson posits that there are five caring processes involved in the middle-range caring theory that must be followed by any care-giver. The first process involves knowing the events surrounding someone who is in need of care by the care-giver. The care-giver cannot make a priori assumptions about the client seeking care. The second process involves being with the other in an emotionally attached way and it conveys to the person seeking care that the care-giver is there to help with anything. This process seeks to create a bond of trust between the care-giver and the afflicted.

The third process will involve doing for; this entails doing for the other something that they could not otherwise do for themselves given their physical or psychological state. Enabling forms the fourth process and in this process the care-giver facilitates the other person to go through challenging life transitions. The purpose of this process is to inspire the other by encouraging them to grow their innate capacities to actualize themselves. The last process is Maintaining Belief, and in this the care-giver takes certain measures to sustain the faith and hope of the person in need of care. In this process the care-giver is expected to treat the other in esteem and asserting their belief in them despite the obvious challenges that has them needing care. (Swanson, 2012; 35)

Johnson, according to Holaday (2015, 89), proposed that the nurse-client relationship is a behavioral system that is way too repetitive, predictable, regular and is geared to certain goal-directed behaviors with the hope of achieving some sort of balance. In Johnson’s behavioral approach there are seven subsystems of behavior that aggregate to form one mainstream behavioral system of the client needing nursing services. These subsystems of behavior are Achievement, Aggressive, Eliminative, Affiliative, Dependence, Ingestive and Sexual. Other scholars have included into these seven subsystems an eight subsystem; Restorative. Johnson asserts that each subsystem has its own independent structure and function but they are all based on a set of universal drives for behavior, action, choice and set orientation.

In order for the eight subsystems to evolve and become stabilized, each one of them must have constant access to certain functional requirements that protects the physiology and psyche from stimuli that affect the proper functioning of certain biological processes that inform the four structures of functionality. Hormonal imbalances can be detrimental to the normal behavioral predisposition of individuals and this can trigger aggression, affiliation, elimination, dependence, ingestion, restoration and the want of sex or the need for an achievement.

Hormonal imbalances can be triggered by physical as well as psychological stress. This could be sickness, bodily harm or mental stress. When the care-giver understands the emotional predisposition of a client, then cumulative unwanted behaviors emerging from these seven subsystems can be controlled and properly managed. Johnson’s behavioral approach to nursing emphasizes that nurses and other care-giver must be highly responsive to the needs of the clients in order to facilitate full recovery and comfortable recuperation (Alligood, 2013; 138).

Empathy is one concept that has been replicated in many, if not all, nursing theories since the time of Florence Nightingale. Nursing is usually associated by feelings and thoughts of pity, compassion, sympathy, soreness, and remorse. All these constitute Empathy, which is described as the ability to understand and share the feelings of others. Traditionally womenfolk made up the majority of nurses because they are natural care-givers, a skill they acquire in motherhood. Women are considered to be highly emotional and hence they have the greater propensity to experience empathy as well as to sympathize with others. The concept of empathy emerges in the examination of both Swanson’s and Johnson’s theories of nursing described above. This is because caring or nursing involves a great deal of emotional attachments with clients (Swanson, 2012; 38).

Some theoretical assumptions that emanate from the critical examination of both theories discussed in this paper include assumptions about personal meanings extrapolation based on feelings of inadequacy and low self-esteem that accompanies being in a position of weakness. Therapeutic-relationships assumptions also accumulate from the two theories. We cannot expect that the relationship between client and nurse or care-giver will remain objective to the need for therapy rendering on the client by the nurse. Most of these relationships become overly personal because of human emotional weaknesses. Humanism is a theoretical assumptions in both Swanson’s and Johnson’s theoretical findings. It follows from the conceptual understanding of the value of empathy in the nursing profession. Humanism is a rationalistic approach that attaches prime importance on human beings more than any other creature of nature. Humanism gives substance to the idea of humanitarianism which implies the sole promotion of human welfare. As a theoretical assumption, humanism is seen as an impediment of objectivity in rendering professional nursing services (Alligood, 2013; 138)

Many, if not all, nursing theories and models seem to inculcate social values that mostly emphasizes moral as well as ethical obligations of professional nurses in practice. However, there are some that will denigrate from this direction by taking a pragmatic and empirical stance that emphasizes more on the functional purposes of nursing practice. This suggests that there is a sharp philosophical divide into two major schools of thought, which are the Positivist (empirical) school of thought that applies scientific method in its approaches and the Humanistic school of thought that applies person/people-centered methods to address social issues and problems such as caring for the sick. Positivist empiricism is the approach that uses scientific methods when defining nursing theoretical assumptions.

Theories that follow this protocol are considered to be highly analytical, mechanical and reactionary in its approach to the illness-cure paradigm that is usually followed by medical doctors. Humanistic approaches and person-centered methods have been used to inform some nursing theories too. However, theories and conceptual practical models generated from them are usually considered emotive rather than rational. This humanistic approach emphasizes more on interpersonal-relationships between the afflicted and the care-giver therefore taking on a dialogical, interactive and holistic framework for practice in nursing (Alligood, 2013; 63).

Swanson’s Middle Range Caring Theory as well as Johnson’s Behavioral Systems Model theory requires the care-giver or nurse to be emotionally invested in the needs of the client. These theories assert the importance of respecting the dignity of the people being cared for. In this theoretical assumption, the care-giver is required to be exceptionally skilled in accessing people’s emotional predisposition because only then can he or she be able to anticipate the needs of the client and addressing them even before the client can make any demands.

Care-givers should approach their duties with a higher moral sense of objectivity because the clients are depending on them to offer moral support and encouragement. The role of the care-giver is to nurture by protecting the client from undesirable social characters, and also by removing obstacles, challenges as well as impediments that may face the client from time to time often reminding them of their undesirable physical or psychological state. The care-giver protects the client’s mind from stressful thoughts and bad memories always seeking to offer reassurances that everything will be alright.