Examples of Law Essays Below 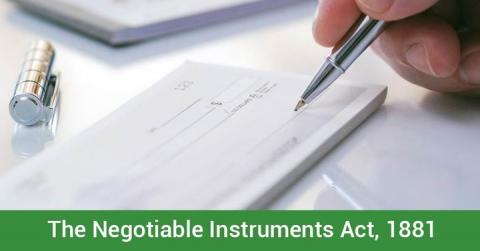 From this evidence, it can be realized that an instrument that is used to serve or to take value instituting at least part of a performance contract (Floyd, 2008). Further, the rights of a holder in due course are often negotiable instrument are often qualitatively as a matter of law more superior to those which are provided by ordinary species of contracts. The U.S code states that a negotiation often enables a transferee to become a party to the contract and contract assignment which is provided by operation of law and to be able to impose the agreement when it comes to the transferee-assignee’s name. Further, according to the law, negotiations are often effected by either delivery or endorsement (order instruments) or bearer instruments.

A businessman should understand that a negotiable instrument must always be a promise or order to pay, and it must be unconditional. Secondly, the payment must show a specific sum of money although the interest may be added to the sum. Thirdly, the payment must be made on demand at a certain time and lastly, the instrument must no require the person to promise payment in order to perform any other act other than the person paying the money specified (Floyd, 2008). The instrument should always be payable to the bearer. Therefore, the businessman should understand about the negotiation instrument and make sure that it is in writing, and it should not contain the words such as ‘to he order of’ and indicate what is payable to the individual holding the contract document. 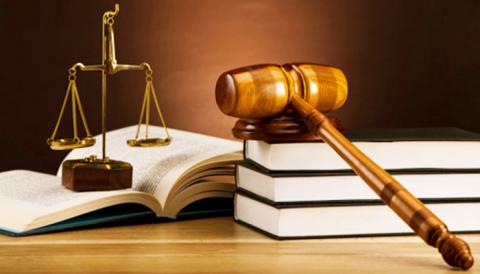 Diaz v. Manufacturers Hanover trust Co. is one of the most famous cases that deals with negotiable instruments. Diaz was given two certified Checks that became lost. The bank that the checks were drawn refused to honor any of them and argued that they be reissued until the Diaz placed an indemnity bond in twice the amount of the original checks. Diaz had posted the sum of 37,000 dollars as security for a bond in behalf of a defendant of criminal proceedings. When a criminal proceeding concluded, Diaz demanded the money back from the bail bondsman (Newman).

Newman then went ahead to draw two checks in the amount of 12,000 dollars and 25,000 dollars drawn on the defendant, Manufacturers Hanover Trust. The checks then got lost, and the Diaz then notified Newman, who in turn notified Manufacturers Hanover trust who stopped payments on the checks (Casenotes, 2008). Diaz then proceeded to contact the defendant who in turn informed him that that the bank would not honor the replacement checks issued unless an indemnity bond posted that was twice the amount of the original checks.

The query in this case was whether the court may order payment on a lost negotiable instrument without the requirement of the beneficiary to post security as a prerequisite in the Uniform Commercial code Section 3-804 (Casenotes, 2008).The Court argued that when a bank certifies a check it accepts it and consequently, it is the obligation of the court to pay the amount drawn. However, the UCC section 3-804 categorically states that ‘the court shall require security, in an amount fixed by the court that is not less than twice the amount that is allegedly unpaid on the instrument.

Therefore, for this reason, the court stated that if it was to determine the amount of security to be posted, it was the express purpose of the legislature was to make the security mandatory rather than discretionary. Therefore, because the legislature had considered the matter and corrected the decree in order to make the furnishing of security not only mandatory but also it went ahead to establish a minimal total of not less than double the amount that was allegedly on the instrument. For this reason, the court had no doubt but to support manufacturers Hanover Trust Co in their bid to ask for a minimal amount that was not less than twice the amount paid on the instrument (Casenotes, 2008).

In conclusion, the court stated that the legislative history of the section of the code had set the requirement as well as the limit of the amount to be paid. However, the court noted with great concern that the amount of time the security shall remain posted was not clear. Therefore, it was the thoughts of the court that the further revision of the section of the UCC was necessary, or the legislation that dealt with the valid life of certified checks should be enacted. The Court for this reason had to support Manufacturers Hanover Trust Co. to be right because of the security that was mandatory and had to be twice. 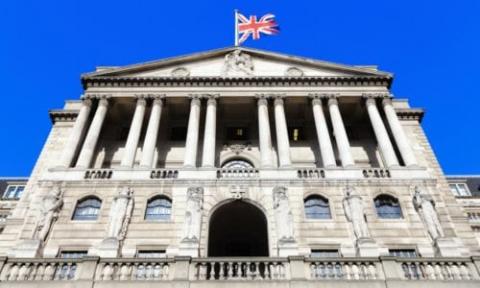 The respondent who was a receiver of the central bank sued the petitioner a receiver of Ashland bank in a district court in northern district of Illinois. The intention of the suit was to recover five checks that had been initially drawn by the former and later endorsed by the latter bank. The jury was waived and the district court entered a judgment that favored the respondent for the amount demanded.

The banks in question had their operations located in Chicago. James g. Hodgkinson was a board member in both Ashland bank and Hodgkinson & Durfee, Inc.

He drew five checks and delivered them to Ashland bank, which endorsed four of the checks. It later deposited the endorsed checks with the Federal Reserve Bank for collection on 23 April the same year. The fifth check was endorsed and collected at the First national bank. Both the Federal Reserve and first national bank were active members of the Chicago clearing house association, which is an affiliate of the central bank. Ashland bank was not. Chicago clearing house had a rule that provided that in order for any person presenting checks for clearing to give special instructions, they must be affiliate members.

Early morning on 25th of April the same year, Federal Reserve Bank presented the four checks to the clearinghouse. The central bank cleared the checks, as it was the norm and indicated the balance before 11:30 am. Hour later it learnt that Hodgkinson & Durfee has insufficient funds. First national bank sent the fifth check to the drawee’s business place.

Central bank ascertained the condition of the Hodgkinson & Durfee accounts, notified the firm and on 26th, the five checks were sent to Ashland bank to be reimbursed (Hallenbeck V. Leimert
, 1935). The central bank was not notified by any of the parties. The trial court concluded that the payment of the checks was conditional. It also concluded that the notice sent to Ashland bank was adequate to fix responsibility. Therefore, the trial court judgment went against the petitioner.

Upon an appeal, the appeal court concluded that approach used in transacting business allowed the members to examine the different items that affect the balance and the lapse of time is the only thing that makes the settlement final in the event that the checks are not dishonored before the time elapses. The court of appeal decided to reverse the judgment made by the trial court.

The judgment by the circuit of court of appeal was correct since Ashland bank was not looking for an enforcement of the rules of the Chicago clearing house. The bank was looking for the effecting of the payment in consistency with the rules of the clearinghouse. The drawee bank had the duty to pay or not. The tentative payments were final since they applied as if the money had actually passed to the involved parties. There was no objection to the rules of the Chicago clearing house in the trial court proceedings. Section 102 of negotiable instruments law covered the notice of dishonor and not the duration of returning a dishonored check (Brannan & Beutel, 1948). The section does not cover the period in which the dishonored check might be returned. Neither does it cover the advice about an overdraft. Since there was no sign of malicious intent, the ruling ought to by the appellate court was correct.

This is a kind of contract that is agreed between two parties by their conduct. The agreement is in a non-verbal contact as opposed to explicit words. The conduct that the parties show towards the contract is what constitutes its agreement (Emerson, 2009). This kind of contract has similar legal implications as that of an express contract.

The purpose of recognizing implied contracts

The purpose of recognizing this contract is to ensure that all parties are protected by the law in the event that one party acts in an unethical manner (Emerson, 2009). There was an implied contract in this case since Taco Bell rejected the proposed contract but Alfaro continued to promote Psycho Chihuahua within Taco Bell. However, the new contract offered to the new agency was still legal despite Alfaro continued promotion of Psycho Chihuahua.

It was implied in the contract that penalty worth $17,000 was to be paid. However, the counsel had provided that penalty would be paid as per liquidated damages. Therefore, when Sun Ship was late to deliver the vessel, it was supposed to pay the penalty. The penalty as per liquidated damages was made clear and Sun Ship did not dispute at the time. It is therefore assumed that Sun ship agreed to pay as per-day liquidated damage. Sun Ship could argue from the perspective that the counsel provision was not included in the contract and hence was not enforceable.

Ernest & Julio Gallo had registered the trademark long before Spider Webs registered a domain with the names ernestandjuliogallo.com. Therefore, spider web was at fault and hence Gallo wins the case.

Marder claim is not an enforceable contract since Sony had paid for the release of copyright before producing the video.
Breach of contract; the majeure clause bars Pantagis Renaissance from breaching a contract.