Examples of Computing Essays Below 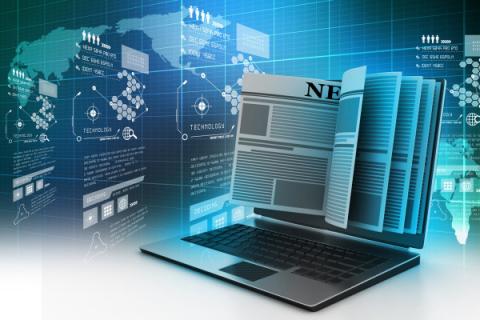 Throughout hominid history, the use of tools to amplify our physical abilities and subsequent mechanization enabled us to dominate the planet. In the process, we have been able to amplify our intellect and use our minds more effectively through the use of language and writing. However, the invention of computers heralded the birth of the ultimate mental amplifier-computing. As Edsger Dijkstra elucidated (Evans, 2011);

With computers able to mechanize any process imaginable and solving problems beyond human comprehension, computing is perhaps the most significant invention of the past decade. Computing involves designing and building hardware systems that process and manage a variety of information. According to (Computing Curricula, 2005) the definition is sometimes contextual sometimes involving making computer systems behave more intelligently or creating algorithmic processes that describe and transform information.

For the above computing scenarios to be feasible, we need an assortment of computer software working in tandem with a collection of hardware systems. Software refers to an assemblage of computer programs and related data that give commands to the computer on what tasks to complete and how to complete them. A software is comprised of algorithms, procedures, programs and a set of documentation with regard to the operation of a specific data processing unit fragmenting software further into application software and system software.

The former includes enterprise software, accounting software and media players that are essentially designed to aid the user perform a specific task whereas the latter are designed to manage and integrate the computer’s capabilities by controlling or operating the computer hardware. Hardware on the other hand refers to all the physical components of a computer system that are physically tangible and act as a collective in the computer’s operation (Denning, 1989).

The Actor –Network Theory (ANT) is a social theory developed by Bruno Latour, John Law and Michel Cohen that treats objects as part of a social network and seeks to map relations that are perceived as simultaneously material and semiotic. Controversially, it also holds that nonhuman entities are cable of participating and acting on networks or systems contradicts conventional and critical sociology. Its material-semiotic technical approach stresses linkages between materials/things or between concepts (Latour, 1987). The theory’s relentless diffusion into various disciplines has not eased ANT’s intimidating ontological complexity.

“Truth and falsehood. Large and small. Agency and structure. Human and non-human. Before and after. Knowledge and power. Context and content. Materiality and sociality. Activity and passivity…all of these divides have been rubbished in work undertaken in the name of actor-network theory” (Law, 1999).

For instance, the theory’s name ‘Actor-Network’ Theory is an oxymoron that contradicts conventional understandings of agency and structure that have traditionally guided social thought. It also considers both human and non-human components in a network system as equal actants, thus an analyst will prescribe the same analytical and descriptive structure when handling either text objects, humans or machines.

“An actor in ANT is a semiotic definition – an actant – that is something that acts or to which activity is granted by another…an actant can literally be anything provided it is granted to be the source of action” (Latour, 1996)

However, this approach presents an obstacle in creating evaluation frameworks for networks given the unique characteristics of individual network systems. This translates to disposing lists of inputs and outputs in favor of finding out what transpires in between the inputs and outputs which is counter-intuitive. On the other hand, ANT can has the potential to offer new methods of network appraisal by scrutinizing the diverse associations that establish networks and monitoring how networks are performed rather than only providing a list of inputs and outputs (Rogers, et al., 2001).

In a bid to sustain-ably provide free access to basic internet services, the world’s leading social media network Facebook embarked on its most ambitious project yet-Internet.org. The initiative backed by the likes of Nokia and Samsung aims to connect the remaining 5 billion people to the internet for free. Launched in 2013, the global partnership has received acclaim and criticism in equal measure with the tech-giant’s intentions for the drive being the main point of concern to industry stakeholders (Zuckerberg, 2013).

Internet.org now re-branded as Free Basics has of today been successfully rolled out in Tanzania, Kenya, Ghana and Columbia. However, its presence in India was met with condemnation particularly from net neutrality activists who flagged it as a shrouded proxy for the Facebook Economically Disadvantaged User Acquisition Department prompting the country’s telecoms regulator to block Facebook’s Free Basics App. On the political scale, net neutrality is registered as an actant within the network system by acting on supporters of net-neutrality, who keep in check the government and Internet.org to sustain a non-regulated internet. (BBC NEWS, 2016).

Since ANT explores the relationships between actants on a network, in Facebook’s internet.org project, there is a disparity between the users and the system itself. Firstly, global internet access is non-existent in many developing countries despite being labelled a basic human right. Statistically for instance, about 12% of Ghanaians had access to the internet in 2013 compared to 84% of Americans during the same period. A vast majority of the unconnected people reside in developing countries in parts of Asia, Latin America and Africa which presents an obstacle to the success of Internet.org’s initiative (Nath, 2015).

Moreover, (Talbot , 2013) elucidates that viewing Facebook’s Free Basics plan as the ultimate saviour of the developing world is in the least suspicious and impractical. Although Talbot lauds the efforts to make internet access cheaper, he draws focus onto the complicated realities facing the unconnected. For instance, the social media network’s roll outs since 2013 tend to deliver more data to people who already have internet access rather than improving and extending telecommunications connectivity to those who lack internet access. In essence, the company should first invest in network extension infrastructure in developing countries.

The current model has obligated Internet Service Providers in the participating countries to incur extra costs at the expense of free internet access by users. Taking into account developing countries, although Facebook has a major online presence in Africa, Facebook has not set up data centers there, which translates the extra cost of channelling the data offshore via fibre-optic cable to the ISPs. Therefore, ISPs incur at least $100 every month for every megabit of traffic and to cut costs, they subsequently, transfer this surcharge to the consumer. Essentially, in a continent where only 16% of the people have access to the internet, Zuckerberg’s ambition seems ingenuous (Talbot , 2013).

In conclusion, the feasibility of Facebook’s free internet access initiative suffers setbacks in its material-semiotic linkages. The exclusion of a majority of websites and social networking sites from the Free Basics initiative may discourage users from participating. Furthermore, Facebook’s autonomous control of information raises questions on Free Basic’s net-neutrality whereas the absence of encryption protocols brings to light concerns on user data privacy and security.

In recent years, impact of encryption protocols, a digital actant, on computing has been a matter of concern to internet users, governments and ISPs. These computer assemblages have many levels, on which an actant can act upon at the practical level in the linkages by rendering a message (E-mail/SMS) readable only to the intended addressee. The Yahoo story reveals the technical obstacles of encryption protocols to, for instance in the Yahoo encrypted email, disconnect other actants. In this case, the encryption used is counterproductive as it inhibits the digital actant -email message" (if the date and time is also encrypted) from moving through the Internet. Moreover, human actants will have difficulties with the search option as encryption complicates the work of the algorithm used to search for text in the user’s email. (Yadron, 2015).

On a cultural scale, we are able to identify from the story how encryption protocols and non-human actants have the capacity to change email culture in both desktop browsers and smartphone apps.Politically and economically on the other hand, the encryption protocol (non-human element) helps to connect humans (human element) to Yahoo’s business plan thus affecting how many customers are willing to sign up for a Yahoo account. They could respond positively given the recent privacy concerns arising from increased ability by the state and businesses to spy on people’s data illegaly. the WikiLeaks scandals, Snowden emails and Benghazi emails. In the age of big data, technologies like Microsoft’s differential privacy mathematically guarantees anonymity even in online social contributions. Apple built it into their new mobile operating system and almost immediately pitted the tech giant against the United States government.

However, this technique has failed to gain traction among other tech giants. This could be due to the fact that these privacy-Sensitive Artificial intelligence systems are not completely impermeable. People’s obsession with privacy saw the introduction of end-to-end encryption in messaging services, a phenomenon unusual for use in mass-market software before (Simonite, 2016).

In both stories, user privacy stands out as a major determinant in the uptake of big data technologies. Socially, human actants will enjoy more connectivity whereas the digital actants face continuous improvements to their design thereby bettering connectivity and privacy in the long run. However, politically, governments may infringe on internet privacy through policy implementation and regulation further discouraging the use of the internet.