Examples of Child Essays Below 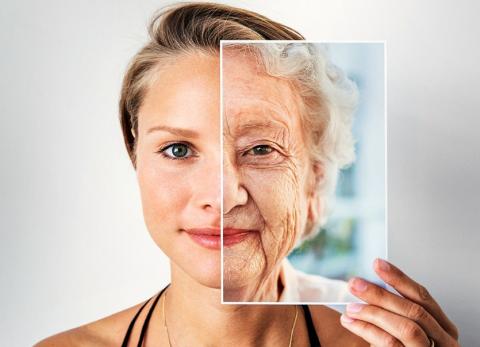 In order to address the issues on the differential aspects of ageing, there is a need to look at the distinctive subgroups in the population composed of the ageing (Stuckey, 2008). A significant sub population is the population that comprised of couples that do not have children due to biological reasons such as infertility or incompatibility of the partners’ gametes (Hammond & Jilek, 2003). Lack of fecundity is an excused reason for being childless in the old age just as the choices of being childless.

In the earlier ages of the couples, there is a possibility of the management of life issues. However, as the childless couples age, there is need for closer attention to the issues that come with age. Handling the issues of ageing is a challenge for all couples. However, it is a more advanced problem for the couples that do not have children. The issue of aged childless couples is rarely addressed (Hammond & Jilek, 2003). The premise of the social system planning in the developed world is that there are children in the picture that are supposed to take care of the old couples (Woodard, 2014). This is not always the case and it is bound to worsen with the increased number of couples and singles that do not have children out of their deliberate courses or otherwise. This paper will investigate the issue and the reasons why most of the policy makers in the developed world are not addressing it.

The primary reason that there is little need for social care for the old in the developing world is the high fecundity rates. The same cannot be said about the developed world whereby there is an increasing number of couples that are childless deliberately. This choice is manifested in the group of couples that perceive children as a burden (Stuckey, 2008). However, as the couples age, the need for the children comes into focus and the decision on lack of importance of children is brought into question (Woodard, 2014).

Children played by the children in the care of their aged parent is important and often neglected. In most of the cases, the parents stay with their children in order for them to cater for needs arising from their advanced age. Most of the contributions of children in the care of their old parents are often neglected or unnoticed. It is often the case in the minority in the population who often live as a community (Woodard, 2014). Some of the roles that they perform are small but in absence of their care, there is need for the development of a plan to take care of them. This plan is definitely expensive for the children and the government since in absence of children; the social system is responsible for the care of the aged (Stuckey, 2008). Even in situations whereby the children hire professional caretakers, their role in supervising the quality of care is vital.

The government has an easier option in the event that the children have to take care of their aged parents (Wenger, 2009). The cost of care of the aged parents is low when the children are involved since the supervisory of medicine taking, cleaning and company comes at meagre costs (Woodard, 2014). The government does not have to pay for the caretakers and it is guaranteed that the senior citizens will receive high quality care driven by compassion. It is also likely that the caretakers have children who keep the aged people engaged and happy (Stuckey, 2008). Company from the younger children often makes the old people satisfied and they are most likely to live for long.

Childlessness arising from the infecundity such as migration, marriage ages, contraception use and pathological reasons can be excused since the issue is out of the scope of control of the couples. However, there are other reasons for the prevalence of the infertility that are de facto (Hammond & Jilek, 2003). The increase in the people that are childless by choice is bound to increase the burden on the taxpayer and social systems such that there is high likelihood of total collapse of the social system. The disadvantages of being childless water down the long-term gains on the population that has fewer children (Stuckey, 2008). The social and economic repercussions of the decision often affect the old people such that their inclusiveness is hindered. The powerless situation of ageing makes the need for care more vital now than ever.

De facto childlessness is lauded in some sections of the society. The ideal image of the modern person rarely includes children (Hammond & Jilek, 2003). Trend setting cultures have emphasized on childlessness whereby they assume that children are a burden. This assertion could be true given the investments placed in upbringing of the children (Wenger, 2009). It is compounded by the high rate of neglect of the parents in the old age and shipping off the parents to homes for the aged. The importance of the children is, therefore, lost to the couples.

However, this assertion is highly irregular and incorrect. There is a need for the children. Some aspects of life become increasingly difficult to complete in the event that the couple in question is childless (Stuckey, 2008). There are also aspects of aging that demand constant care. The propensity of the aged people to diseases makes the couples with children highly likely to live longer or receive better care (Stuckey, 2008). Therefore, the fad no longer holds in the aged couples. The popularity of the practice is high due to the lack of information on the disadvantages of having children coupled with the demands of life. When these demands dwindle, the effects of the choice come into light (Woodard, 2014).

The issue is also less tackled by the society and the policy makers on aging since the assumption has always been there is a family member that takes care of the aged (Wenger, 2009). The assumption has been coupled by the popularity of child bearing in the preceding generations. Communal living has also been a major source of the neglect on the matter.

Working with the assumption that all aged people in the population have someone to take care of them has been convenient for the government (Hammond & Jilek, 2003). There assumption has conceded with the reality. However, the status quo will shift in the near future following the decision by more women to pursue careers and not family. In as much as this reason is not operational in isolation, the feminist inclinations of the society will apportion the majority of the blame to the women since they are often supposed to initiate actions leading to child bearing. Shifting of the modus operandi in child bearing will definitely exert a lot of pressure on the social care system since it will have to spend more on hiring the professional caretakers and building more homes for the aged (Hammond & Jilek, 2003).

In conclusion, there is need for the members in the childbearing age to have children if they can. Lack of conscious efforts towards child bearing will affect the care of the aged and the social system responsible for this role (Wenger, 2009). It will also increase the tax burden meant to support the social system. Popular views on the lack of children and the pressures of the modern life can be cited among the reasons for the increased childlessness in the modern society (Stuckey, 2008). However, the views are only applicable to the members of the society that have economic power. However, since the majority of the aged are not as powerful, the burden on the social will increase in the near future to the extent of collapsing its capability (Woodard, 2014).