Examples of Stories Essays Below 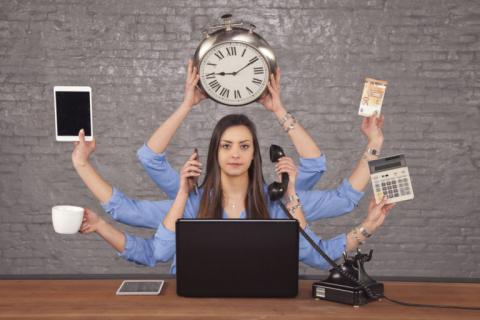 Multitasking has become a general way to accomplish multiple different tasks. It is important to understand that people live in a society where there is constantly a mountain of things that people to need to complete, and they do not have enough time in the day to do it all. For most people, the answer is to multitask. Multitasking can be described as the process where one person handles more than one task at the same time (Ettema 22). An example can be sending e-mails to a meeting and talking on the phone while at the same time one is watching television. Research has shown that there exist both advantages and disadvantages of multitasking. This research paper will weight both sides of the argument and compare and contrast the pros and cons and how one should be able to balance competing priorities and tasks in one’s life.

There are several different and diverse advantages of multitasking. The first and the most important is that it saves time. Multitasking saves one time because there is the completion of tasks simultaneously. For example, if one needs complete a research project at work, and one also plans to run a couple of miles one can listen to some educational videos regarding the project while running (Ettema 23). Therefore, rather than taking two hours to complete the two tasks, one can be able to save an hour by effectively multitasking.
In the 21st century, time is a cost in business and therefore, there is a need for managers and employers to understand how time can be saved because there are almost infinite tasks that have to be completed by the employees. Therefore, through multitasking a lot of time can be effectively saved.

Secondly, there is the issue of money; it is important to realize that money is important to virtually everybody in the world. Therefore, when one can multitask one can be able to save money (Ettema 21). For example, when it comes to the workplace, rather than the employer hiring more people to take on tasks, one can hire people that are known to be good at multitasking. For example, an employee can be given the work to file and to answer phones as well as greet people at the front desk. Therefore, this will include the conducting of the tasks in a simultaneous manner for less money.

Thirdly, there is the issue of productivity that is imperative in the lives of human beings and also in business. Multitasking helps the employees to achieve more in a few hours. Further, at home one can be able to complete more tasks in a day through multitasking, and this improves one’s productivity dramatically. The last advantage about multitasking is that it helps to motivate people to achieve more and avoid the evil of procrastination.

For example, when one has made a to-do list in the day, there is the motivation that people get to cross items off the list (Ettema 25). At the end of the day if they can achieve crossing off every item on the to-do list they feel extremely happy about themselves. By being able to multitask effectively, one can be able to cross off more items and move easily to the next ones. This motivation is important as it enables people to achieve goals as compared to procrastination.

Firstly, it is important to understand that multitasking can be considered a time waster, and this is because one has to switch from one task to the other. There are people that can be effectively switch from one task to the other. However, most people often require a constant reminder to do so (Goldwyn 23). This is more especially difficult to the people that are working in development and web design firms.
In fact, there has been researching that has indicated that there instances where little work is completed since the individual that multitasks is often constantly on the move towards the next item on the result, and this results into overall daily productivity.
Secondly, stress that comes with multitasking can also be described as a sign of mental health deterioration and physical fatigue. Research has indeed shown that stress that comes with multitasking affects several regions of the brain such as the hippocampus that is important when it comes to the formation of new memories as well as accessing existing memories.

The damage to these effective organs can often make it difficult for people to acquire new facts and skills. Further, stress hormones have been scientifically proven to reduce short-term memory. Further, it is known that the area of the brain that is mostly involved with multi-tasking is the one that is most likely to be affected by stress (Goldwyn 21).

The pre-frontal cortex is important in the brain because if often helps to assess risks, prioritize them and automatically assign mental resources. It also marks the spot where one leaves a task in order one can be able to return to it later. The stress that comes with constant multitasking is sometimes negative and it this area that is extremely important to the brain can be affected by prolonged stress.
The juggling of tasks such as e-mail and phone calls as well as other incoming information can often change how people behave and the way they think. And it is important to realize that while the information plays to the primitive impulse to respond to immediate opportunities as well as threats, it also provokes excitement (Goldwyn 12).

Further, doing multiple tasks in a simultaneous manner can be said to be reflective of a diminished focus. This at times usually results into an employee producing work that is of poor quality as compared to the person that was assigned to complete only one task (Goldwyn, 29).
Experience by several reliable business people has shown that working on several things at once can at times be overwhelming to anyone, and this may result into a meager work output. For one to maximize the advantages, there is a need for a person to understand when to multitask and when not to. This will maximize the usefulness of multitasking and get the best of the advantages while at the same time keeping the disadvantages at a minimum.

In conclusion, scientific studies have revealed that when one toggles between browsing the web and the use of other computer programs, talking on the cell phone while at the same time one is driving, there is the use of executive control processes. The switching from one activity to another or doing speed activity can reduce one’s attention in a particular task. Further, there are sometimes where one can take a glance at something and not get enough depth that in turn can make one miss important things.

The human minds often work best when it is focused on a single thread of thoughts when one tries to focus on multiple unrelated thoughts at the same time; it becomes extremely difficult to regain focus and remember where they left off (Peterson 19). Every time one switches from one task to another, there is the loss of time while the brain shift gears and this, therefore, adds to the lost time.

However, there as instances where multi-tasking can be effective and therefore, there is a need for the person to choose the situation where is more probable to maximize the advantages and minimize the disadvantages (Peterson 18). For example, one can be able to jog effectively while listening to several educational videos that one is supposed to complete a project for. It is important for one to make sure that they can understand effectively which tasks need multitasking and which ones need maximum concentration.

It is with this information that one can be able to reap the maximum benefits that come with multi-tasking. In general, it is important to note that indeed multitasking is unavoidable, and the best that one can be able to do is to ensure that they avoid having to multitask all the time (Peterson 22). Prioritization can be a good way to start as one can be able to prepare a task list and prioritize the task by importance and about different goals and values. 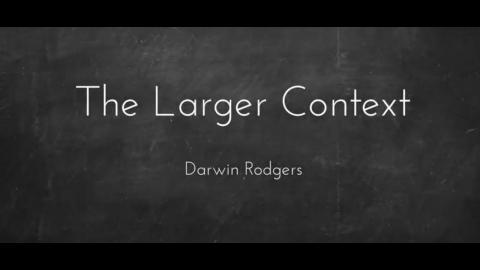 The context of a story is the circumstances that formulate the setting for a statement, idea, or an event and in terms of which the story can be completely assessed and fully understood. The larger context of “The Red Convertible” is the Vietnam War that lasted from 1959 to 1975. Lyman narrates the story where he explores the relationship between him and his brother Henry before and after Henry goes to the Vietnam War.

While in Vietnam, Henry is captured and imprisoned as a war prisoner for six months. His encounters in the war change him completely thereby robbing Lyman of his Fun-loving brother. Lyman in his personal account uses the car as a physical reflection on his brother, the struggles he went through and the inability to restore himself fully to his previous state. Lyman speaks of plunging the car into the river after Henry drowns as a way of transferring the car's ownership to Henry, thereby creating that relationship.

The Larger Context of "The Yellow Wallpaper" lies in the male chauvinism and the obedience and extreme submissiveness of women to their male counterparts that was typical in the twentieth century. Symbolically, the room with the yellow wallpaper acts as a place where the wife is imprisoned thus limiting her social interactions as well as intellectual activities. In the end, the narrator is symbolically free as her husband John faints after realizing that his wife has rebelled against that kind of oppression. The story is written in such a way that it creates a sense of intimacy as well as immediacy.

The larger context operates similarly in both stories to create a basis in which the narrator has based the story. It creates the "bigger picture" and addresses the issue that the author intends to put across. This context also works in different ways in both stories since in "The Red Convertible" is has been used to bring out the struggles of one person and the effects of his undertakings. In "The Yellow Wallpaper" the larger context addresses challenges faced by all women and not just one person. That is why in the end we see that the narrator's imagination makes up a world behind the wallpaper where oppressed women wait helplessly to be liberated.