Examples of Nursing Essays Below 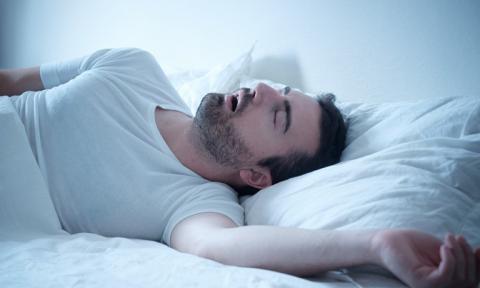 The nurses working in the ICU area most likely bound to have some inconsistency in their work. The sleep deprivation is more than the average inconvenience that the doctors face. It has an effect on the safety accorded to the patients as well as the nurses themselves (Clemmitt, 2010). Sleep deprivation may lead to slow reflexes from the nurses, impaired decision making, slow motor skills and high levels of stress due to lack of adequate sleeping time.

Various inquests made in this field have led to the development of a knowledge base that seeks to link the sleep deprivation in the intensive care unit with the increases risks to the safety of the patients. The lack of sleep is likely to affect the nurse that work in the night shifts. The critical care setting leads to the development of a higher risk to the safety of the nurses. The specialized and demanding to work environment for the nurses may call for making of quick assessments by the nurses and making rapid decisions on the assessed situation (Clemmitt, 2010).

In the event that the nurses working in the specialized intensive care unit environment have sleep deprivation, the tendency of failure in the strenuous environment is high and recurrent. More research on the area is important since the reality of the issue ought to reach the stakeholders and the policy makers. Including the real effects of the sleep deprivation on the performance of the people is important since it leads to the development of the best policies for the hospitals that have intensive care units (Clemmitt, 2010).

Read about the relationship between sleep deprivation and Parkinson disease

The inclusion of the intensive care unit is important since most of the assumptions taken by the policies makers are that the section is not as demanding. The study will lead to the development of time schedules that allow the nurses to visit the sleep rooms.

Correlation in the research will be conducted between two main variables of the sleep allocated to the nurses and the quality of their service. In statistics, the dependence is the statistical relationship between the other random variable and two sets of data. Correlation is the statistical relationships that involve dependence. Pearson correlation is the common statistical approach used in the determination of dependence Pearson correlation is only determinable in the event that the standard deviations of the sets of data are finite (Turabian, 2007). This is in accordance with the corollary that the correlation cannot go beyond one in the absolute values. This coefficient in applied in the investigation of the linear relationships. The correlation may be positive or negative (Turabian, 2007). Positive coefficient means that the relationship is perfectly increasing. If the coefficient is negative, relationship between the variables is perfectly decreasing. The data analysis method that the can be applied includes regression analysis, central tendency, variance and the standard deviation. These approaches measure the degree of centrality and deviation.

The modes of collecting the data will include the use of questionnaires interviews and desk research. The design of the questionnaires will be made in such a way that the responses will cover all the aspects that lead to sleep deprivation. The questions will be asked in different forms to ascertain the consistency of the responses (Patton & Patton, 2002). A focus group is a mode of data collection that seeks the general feeling portrayed by people found in the same environment. This approach is more or less like a group interview. The main advantage of using the focus groups in data collection is that there are little or no inhibitions since the reporting of such data is done according to the focus groups, and there is no mentioning of the individuals that participated. The final method of data collection is the use of interviews. Interviewing the respondents in the research is instrumental in the collection of firsthand information (Patton & Patton, 2002). The interviews will be conducted through the telephone or face-to-face. Face to face, interviews have the advantage of immediate feedback, and they will be the ones used unless when the situations do not allow meeting with the interviewees.

Data analysis for the demographic variables will entail the use of measures of central tendency (Patton & Patton, 2002). The measures of central tendency applied in this research will include mean mode and median. The mean will be used to analyses the average of each of the demographic variables. Mode will be found to indicate the recurring figure in the data analysis. The mode is calculated by the physical count of the figures that occur more than once. The median is the number that is in the middle of the set of data when they are arranged in order. Measure will indicate the number of the respondents that have same opinions on the effects of the of sleep deprivation on quality delivery (Patton & Patton, 2002). The standard deviation will be calculated to indicate the deviation from the mean. This is measure will be useful in the determination of consistency and how the data is centered on the mea. This will help in the determination of the uniformity of the data. Measurement of the standard deviation of the data will arrived at by using the difference to be obtained between mean and each of the measurement of the variable (Patton & Patton, 2002). These differences will be squared and summed. The sum will be divided by the mean and the answer will be squared to find out the standard deviation.

Data analysis for the study variables