Examples of Animal Essays Below 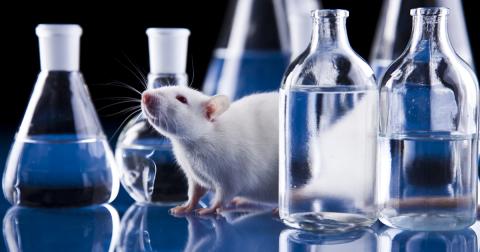 The question of whether animals should be used in scientific research has often elicited heated debates. A significant percentage of the animals that are preferred are used for product-safety and biomedical research testing. Humans bear varying emotions when it comes to animals’ treatment. There are those who view animals as creatures for furthering experimental research, whereas others see them as companions. Whichever way individuals choose to perceive animals, one thing remains certain; they are often exploited in cosmetic companies and research facilities globally.

The vital role that animal research has had in medical advances can, therefore, not be underscored. Animal research continues to aid the understanding that researchers have concerning various diseases. The better life quality that individuals enjoy globally can be attributed to these advances. Consequently, new developments when it comes to treatments and medicines have been witnessed. These kind of scientific experiments are normally undertaken by medical schools, pharmaceutical companies, as well as universities. The common experiments with regards to this include medical equipment, surgical procedures and drug testing.

Proponents of this argument maintain that it is necessary for animals to be used by scientists so that potential health problems can be noted. It must be noted that for some health problems to be addressed conclusive, it is imperative that living organisms be studied, and animals, therefore, represent the best option. Therefore, when it comes to medical research, it has been suggested that usage of animals is necessary, especially where it is deemed unethical or impractical to use humans.

Numerous reasons exist which justify the use of animals. Biologically, the similarity of animals and humans is evident, and this has always been the major encouragement. Animals are also susceptible to most health problems that affect humans, and the fact their life cycles are short makes their life-span study even easier. Further, the environment surrounding animals can be controlled easily by scientists, and this includes such things as temperature and diet. It has been suggested that scientific research would suffer considerably if animal research were to be abolished.

This is a debate that obviously calls for sober thinking. If scientific animal research could be avoided, no responsible scientist would be comfortable causing animals’ unnecessary suffering. Proponents have often stated that even the bioscience community is comfortable with this arrangement provided it was conducted within a framework that is ethical. They maintain that through good experimental design and science, there can be a significant reduction in the animals being used in research experiments. Minimum number can be sacrificed and efficient data will be collected. However, this has always presented another dilemma. For instance, for precise statistical analysis to be ensured, a sufficient number of animals have to be utilized. If animals were not used, the new drugs would have to be tested on people, and this would only create untold ethical questions. Humans have a complex interaction when it comes to organs, tissues and cells, and animals provide the next best alternative.

The main point that has often been raised by opponents of this move is the violation of animal rights. Animals, it has been suggested, should be accorded respectful treatment and basic moral rights. By reducing animals to mere tools to be used in scientific experiments, does not respect this inherent value. The similarity of people and animals can also not be underscored. They both experienced pain, think and feel, and as such, they should command the same respect. The test that animals are subjected to often causes untold pain and even death. They are never given the choice that humans are normally given if they are to be used in research. Animals are unwillingly sacrificed so that human welfare can be advanced, and this is something that cannot be justified morally.

Their fate is normally decided by humans when it comes to research environments. There is no way that humans can justify the executions and torturing of animals annually so that laboratory experiments can be performed. Regardless of its benefits or purpose, animal experimentation has been termed as unnecessary and cruel. For opponents of this debate, no middle ground exists. They maintain that animal research should be abolished totally and immediately.

They have often pointed to the modern research trends which seem to imply that animals no longer provide good models when it comes to medical experimentation. There have been suggestions that the different body parts that animals have from humans may make the experiments genetically useless. They maintain that laws should be instituted to oversee this controversial issue as this is the only way to ensure lives are respected.

Although humans have benefited immensely from animal experimentation, this is a controversial issue that continues to attract varying opinions. The morality and ethics of this kind of experimentation are bound to continue, and it is up to the individual to judge whether this is a trend that should be encourages or rebuked. Therefore, whether the world needs animals testing, or not will largely depend on individual assessments on the issue. 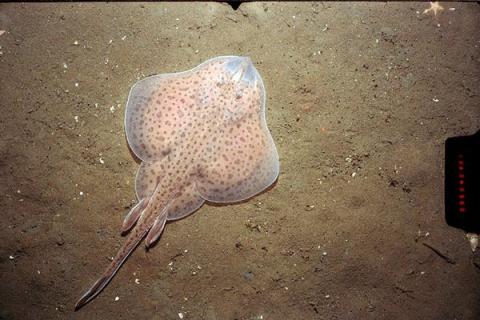 The evolution of fish has been a subject of scientific study for many years now. However, scientists are ever drawing closer to finding solutions concerning this quest. Over 400 million years ago, the variety and species of fish in the seas were many compared to the current age (Fleur, 2018). Some of these species went extinct due to the changes in climate as well as the ever-changing chemical composition of the seas and oceans. Initially, fish had bony exoskeletons which acted as armor and lacked jaws. Some had a leaf-shaped body with scales and others had external sharp teeth which they used to establish dominance in the sea waters (Fleur, 2018).

Scientists in their attempts to establish the origin of fish first focused in the deep seas. However, recent findings have indicated that over 400 million years ago, fish mostly swam in shallow waters near the supercontinents (Sale, 2013). It is from these shallow waters that fish began their evolution. Using more than 2700 fish fossils from over 420 million years ago, scientists have been able to establish the evolutionary patterns of fish. However, it is important to note that scientists have not yet established why fish may have evolved in shallow waters and diversified later on (Kaufman, Chapman, & Chapman, 1997). These findings will come as a result of ongoing and future research.

The article covers the evolution of fish based on the findings of scientists who are carrying out reliable research using scientific methods. As such, the information on the evolution of fish provided by this article can be relied on for information and further research. However, it is important that scientists incorporate ancient information on the appearance and nature of fish. This information can be obtained from ancient cultures of the people who have lived in areas where the fish are suspected to have appeared. Such information might bring more insight into the establishment of more facts and findings.