Are you in High School, College, Masters, Bachelors or Ph.D and need assistance with your custom research papers? All you need is to ask for essay help written by a specialist in your academic field. When you buy an essay from us, we offer you an original, nil plagiarized and unique paper written by a dedicated writer who is PhD or Masters qualified. MyEssayservices.com is an experienced service with over 9 years experience having delivered over 83,000 essays over the years. Head over to our home page MyEssayServices.com for more.

Examples of Management Essays Below 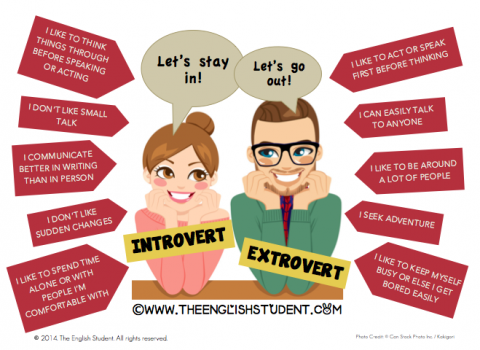 A person's character defines many things about an individual. There are different classifications of personalities that people exhibit. Most scholars dealing with personality traits incline their study towards defining the bold, assertive and outgoing people (Robinson, (2005). Personalities such as extroversion have not received much attention for a long time now. However, the topic on extraversion has received great attention in recent studies. There are three basic reasons as to why more scholars are focusing their energy towards the study of the extraversion personality. This essay entails the details on the reasons as to why extraversion is an important topic of study and why it is important for a manager to have this personality.

First, researchers have found extraversion to be a fundamental dimension through which they view and assess personality (Nettle, 2005). With extraversion, it is possible to explain the relationship between wide varieties of behaviors. Since this is a major concern in the study of personality extroversion becomes a critical area of study. The second reason is that extraversion predicts the chances of effective functioning across various domains. These domains range from cognitive performance, social endeavors and social, economic status among other aspects of personality. The last but not the least important reason is that extraversion allows researchers in the field of personality to predict risks and possible cases for resilience to particular aspects (Nettle, 2005).

Research shows that the personality affects the style of conflict handling that an individual adopts or the way he/she reacts towards certain situations. In the management of a business or an organization, conflicts are indispensable. For one reason or another, conflicts arise whenever people interact and finding solutions become part of life. Recent study shows that the personality of a manager influences his/her approach towards a particular problem (Muhammad & Ahmad, 2010). This emphasizes the necessity of studying extroversion, and how it influences managerial assignments for current and future managers. 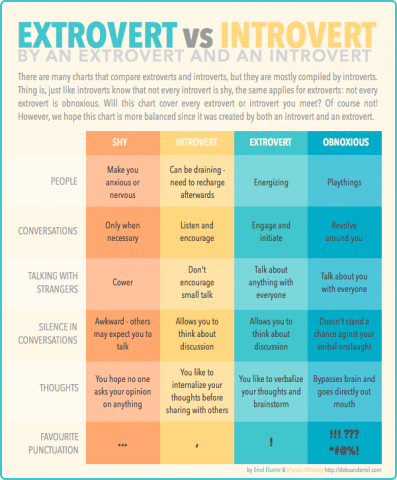 Recent figures posted on the international journal of trade, economics and finance indicates a positive correlation between managers who show preference on avoidance and those who prefer compromise (Muhammad & Ahmad, 2010). The study is carried out on managers who exhibit extroversion as their personality. Still from the study, there exists minimal or no relationship between extroversion and openness to experience. Managers who possess extroversion personalities prefer avoidance or compromise as the method of conflict resolution. On the contrary, a person with a bold personality is more likely to face the challenge and solve it instead of avoiding or compromising the situation.

Although there exists no relationship between extroversion and openness, a person who possess the extraversion personality may still be open to new experiences. Individuals with the extroversion personality but exhibit openness to new experiences are known to prefer compromise to avoidance. In this method of conflict resolution, parties tend to assume a win-win solution so as to remain in good terms with their counterparts (Lucas, 2000).

In conclusion, it is clear from the above findings that the personality has significant influence on the method of conflict resolution. The study on extraversion and other personality traits is essential both to the current and future investors and business people. Understanding the personality of an individual helps in choosing the best approach towards conflict.

Personality often has to do with individual differences among people in behavior patterns, emotions and cognition. There are often different personality theorists that present their own definitions based on their theoretical positions. There are those that argue that the study of personality is often focused on two broad areas, one is the understanding of the individual differences that exist in a particular personality characteristics such as irritability and sociability, and the other is understanding how the various parts of a person often come together in order to form his or her personality (Stagner, 1961). These two important factions are extremely important and they should be studied and researched with equal depth as they contribute a lot to the understanding of personality. This paper is going to explore some of these major perspectives. Each of the perspective tries to describe different patterns in personality including how these patterns often form and how people differ on an individual level.

The psychoanalytic perspective of personality often emphasizes on the importance of childhood experiences and the unconscious mind. Created by Sigmund Freud who believed that things hidden in the unconscious could often be revealed in several different ways, and this includes dreams and free association as well as slips of the tongue.

The Humanistic perspective of personality often focuses on psychological growth, free will as well as personal awareness. It often takes a more positive outlook when it comes to human nature and is often centered on how a person can be able to achieve their individual potential. One of the major theorists Carl Rogers believed in the inherent goodness of people and emphasized the importance of free will as well as psychological growth.

The trait perspective of personality is often centered on the description, identification and measurement of certain specific traits that make up human personality (Wiggins, 1971). The perspective argues that by understanding these traits, there can be a comprehension between the differences that exists between individuals.

The social cognitive perspective of personality often emphasizes on the importance of social learning, or as many people put it, learning through observation. This theory emphasized the role of the conscious thoughts that include self-efficacy at our own beliefs as well as our abilities (Valentine, 1927). The theory also emphasizes on the importance of observational learning, self efficacy, situational influences and cognitive processes. Personality is changeable as a person can gain new experiences that will change his or her character traits.

In conclusion, personality includes the study of differences that exists between people and is extremely important when it comes to psychology. There are various theories that try to explain personality. They include social cognitive perspective, humanistic perspective, psychoanalytic perspective.