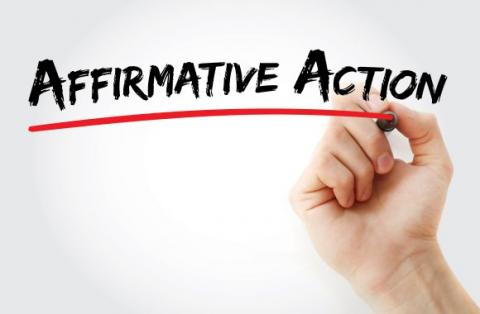 The term affirmative action refers to measures taken to ensure equal opportunity employment. Federal subcontractors and contractors are required by law to adopt these measures. These measures are meant to prevent all forms of discrimination against persons on the basis of religion, sex, national origin or color. Some examples of affirmative action that are provided by the United States Department of Labor are targeted recruitment, outreach campaigns, management and employee development, and support programs for employees. The main purpose of affirmative action is to remedy the disadvantages that are often associated with blatant historical discrimination.

The 1964 Civil Rights Amendment provided for affirmative action as women and America’s minority groups such as Hispanics, and African Americans were often disadvantaged (Featherman, 2010). This was mainly because these minority groups were often subjected to certain social outlooks that portrayed their inability to perform as well as white males. Without the affirmative action, women, and minority groups such as Hispanics and African Americans often lacked similar opportunities as whites. For example, Blacks often scored considerably low SAT grades and thus limiting their chances to get into college. Consequently, laws that would implement affirmative during college admissions and in hiring processes were developed. This is the same in psychology courses, where affirmative action has been used in taking in students in order to ensure diversity and equality.

However, such laws vary greatly from state to state due to the challenges associated with affirmative action. This has led to some states or institutions applying affirmative action while others have failed to apply it. This is because this action raises a lot of morality issues and criticism since it allows the discrimination of certain individuals in favor of the minorities. Affirmative action allows for individuals who had been disadvantaged by their sex, ethnicity or race to now have an advantage over others. For example during Psychology course college admission, Hispanic and Black students will be given priority over White students. This is often done by lowering the SAT scores for Hispanics and Blacks so that more of them can get into college (Forest, 2002). Meanwhile, the SAT scores for whites remain higher than the rest and thus, their chances of getting into college become limited.

According to utilitarianism, affirmative action should be maintained considering it has a positive implication on minorities. This is because by applying it, the happiness and well-being of the minority groups will be guaranteed. The number of Hispanics, Blacks and females will increase in college as their entry will be made easier by lowering their SAT scores. In this case, utilitarianism overlooks the consequences resulting from implementing the affirmative action (Jeremy, 2009).

One of the consequences of affirmative action is that it fosters discrimination while trying to seek equality. For example, White students will be discriminated against if affirmative action is applied college admission. This is because it will be harder for them to qualify since they will require higher SAT scores than Blacks. Overly, it would promote diversity within social institutions such as colleges and workplaces. This is because we would now have almost equal proportions of all races and genders within the various societal aspects. Furthermore, this diversity will also minimize the economic disparity between the various races.

If deontological or Kantianism were applied, affirmative action would be eliminated since this ethical theory mainly focuses on the consequences (Jones, 2004). It provides that one should determine an action’s moral worthiness depending on its consequences. When affirmative action is applied during picking of clients in psychological session, it will give advantage to minorities such as women while being disadvantageous towards others.

This is the same case when it comes to the hiring process, for example, if male and female job applicants with similar qualifications are being considered. Affirmative action would give due advantage to the female and select her purely based on her gender. This would be unfair for the male candidate as he had the same qualifications as the female applicant. In this case, it would be against Kantianism as affirmative action would be promoting an unfair outcome in the selection process.

Psychology is a profession that deems to promote equality and justice. Therefore, the issue of affirmative action should be handled in the right manner. There is a need for consensus among st the psychological community as whether to follow Kantianism or the utilitarianism thought. 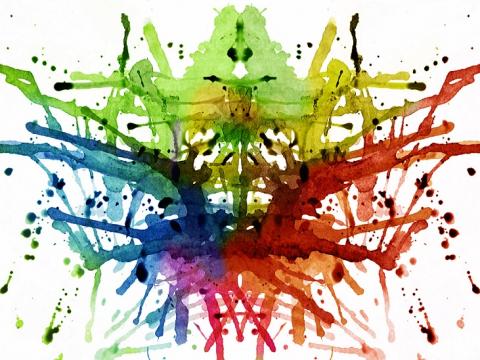 Abnormal phychology refers to the scientific study of the physiological disorders. The disorders affect the manner in which people think, feel, and speak as well as the manner in which they behave. The field of psychology can be referred to as psychopathogy. The standards of the normal behavior are very different from the society and keep changing as the e social conditions as well as the customs change. The practice of beating children for instance, in order to discipline them has been considered as one of the normal behaviors in a very long time. This behavior is however considered very rough and unacceptable in the modern society (Cross, 1974).

Theories of the abnormal psychology describe the mental illnesses suggesting the possible causes of the illnesses and at the same time keep proposing the methods of checking them. The methods are inclusive of (a) biophysical (b) intrapsychic (c) existential as well as (d) behavioral.

Biophysical theories are concerned with emphasizing the underlying physical causes by psychological disturbances. These disturbances are incisive of those that are related to medical condition as well as those which are related to the use of medication.

Intrapsychic theories are mainly focused not he emotional basis of the abnormal behavior. They believe that those conflicts from childhood make people to have unpleasant feeling sin their lives. Existential theories of the normal behavior focus on the importance of the current experiences as well as personal view of themselves.

The human perspective is a method of psychology which emphasis empathy as well as the good in human behavior. In the politics as well alas social theory, this approach calls for the human rights as well as the equality. In the counseling as well as the therapy, the approach allows a psychologist to focus on the manner in the improvement of an individual's self-actualization on the things which make them feel worthwhile (Davison, 2001).

It offers focus on the image of what it means to be human. Human nature is considered good, and the humanistic theories mainly focus on the methods which allow for the potential fulfillment. Abraham Maslow suggested that an individual is mainly motivated by a level of needs. The basic needs have to be met in order for the higher ones to be satsfied and have to be arranged in a certain order form the lowest to the highest. These needs include the following; physiological which offers satisfaction to hunger as well as thirst, safety, belonging as well as love, esteem, the self actualization . Maslow also believed that the achievements of self-actualization are mainly marked with experiences, the feelings of the incredible peace as well happiness during the activities.

Both humanistic as well as the existential theories put the emphasis on the significance of the individual choice. The freedom of the choice empowers the individuals and this is considered the greatest strengths as well as the humanistic-existential. When client are empowered they become invested in their treatment(Davison, 2001).. The behaviorist perceives the client as victim of their own environment. The psychoanalysts perceive the client as a victim of their own childhood(Cross, 1974).. An example of humanistic perspective approach feels like their life is boring. A humanistic approach would encourage the person to perform some soul-searching and determine what is missing.

Role of social psychology in the workplace

Social psychology can be describe as a discipline that often uses scientific methods in order to understand, and explain how the thought, behavior and feelings of an individual are influenced by the actual and imagined presence of other different human beings. Social psychology in the workplace aims at the creation of an environment that can be described as being relatively enjoyable as well as productive. This also means that there is a need to create a work schedule that does not lead to emotional or even physical distress. Social psychology in the workplace addresses several different factors and tries to shift attention from the negative aspects of the workplace such as work violence, job insecurity, burnout, and stress.

However, it still looks at these issues and tries as hard as possible to make sure that they are well managed and mitigated. The social psychology can be said to help when it comes to the creation of a working environment that promotes the goal of effective production and promotion of positive effects amongst the employees (Stangor, 2004). Happiness should not be viewed as something that cannot be able to be achieved during working hours but rather as a motivation for the staff. In fact, in the same lines, it is often important to examine the role of helping behaviors, and this include job resources, team building exercises, and work support. The field of social psychology will help the workplace to be creatively managed, and organizational behaviors will be streamlined.

This will lead automatically to an increase in the productivity in the workplace through the application of positive organizational forces. Social psychology also looks at the interactions of the people within the workplace, and how their interactions can be improved in order to increase productivity (Stangor, 2004). This is an important aspect as the workplace can be described as being a social place and consequently, there are both positive as well as negative interactions. It is, therefore, the role of social psychology to ensure that these social interactions are well understood and that the negative ones are shunned while the positive ones are encouraged in order to better the company. Therefore, the understanding of social psychology will decrease incidences of confrontation and increase those of praise and exaltation.