Examples of Religion Essays Below 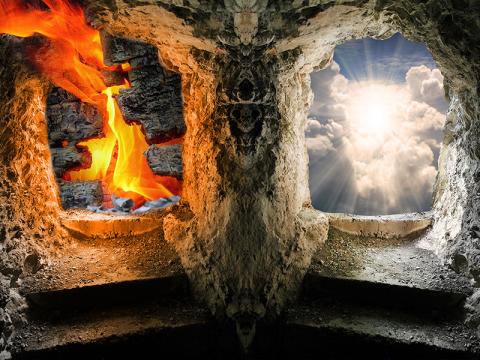 As humans live in this world, everyone has a different analogy on the goal of life. Besides, as much as people may be happy with life, everyone is kept in oblivion about what would happen to them after death. However, there are several theories that talk about how people would be after death. Moreover, there is an inherent belief that humans are destined to Heaven after death depending on personal actions and behavior of various people.

Analysis of the theories behind heaven

There has been a widespread school of thought that the actions of any individual would not eventually affect his existence after death, just in case there is life after death. This idea that purports to support the issue of life and death has been associated with many scholars who have come up with various arguments on the issue supporting their sentiments. However, other scholars sought to dismiss the idea that the final destiny of every human being is predetermined by God and that there exists absolutely no possibility of any person redeeming themselves from the fate decided to them by God.

Through various mythical works, authors have presented both hell and heaven as the ultimate rewards for all the actions that an individual might undertake in their normal lifetime. Some of the essential ideals that are often held in various forms of writings such as the Great Heaven are directly translated from holy books such as the Bible. In the fictional theories of representing the imaginary experiences of the human soul after death, most researchers have created a worthy contest of the philosophy that all human beings will move to the same place after their demise.

In my own point of view, According to Lewis, heaven is presented to the humans as a place where the only factors existing are rest and vastly beneficial possibilities for those who will have their destiny there. However, the thought of heaven being a marvelous place is the direct opposite of how hell would look like. There is the representation of the hell as being comparatively or even exaggeratedly smaller than heaven (Lewis, 32).

This purposeful representation of heaven as a bigger place leads to the notion that there are more people that are worthy to be in the place. Heaven is a place of possibilities and abundance. People have more than they may demand, and there is definitely better than the physical world. Heaven is a reward for the people that have virtues. However, the reign in hell is not worthwhile since most of the people in hell have less inclinations to work towards a common rule.

This means that hell’s ideal of reign is all in the minds of the characters, hence, abstract. “Milton was right," said my Teacher. "The choice of every lost should can be expressed in the words, 'Better to reign in Hell than to serve in Heaven.' ..... There is always something they prefer to joy --- that is, to reality." (Lewis, 41)

They lack the solid nature and they are just spirits or phantoms. The use of the above contrasts makes heaven more appealing to the reader compared to hell. The readers choice as a theme comes out clearly in the novel. People make many choices as it is indicated in The Hill …

Who played with life all his ninety years,
Braving the sleet with bared breast,
Drinking, rioting, thinking neither of wife nor kin,
Nor gold, nor love, nor heaven?

Most of the phantoms in hell opt to remain in the small area since they have the power to choose what to do. From the Spoon River Anthology, the following excerpt has been used to describe the nature of life after death.

All, all are sleeping on the hill.
One died in shameful child-birth,
One of a thwarted love,
One at the hands of a brute in a brothel,
One of a broken pride, in the search for heart’s desire;
One after life in far-away London and Paris

Most academic resources reveal that the heaven is of more significance to the life after death since it is the final destination for all Christians. This is a contradiction to the representation of the hell in the novel since it is comparatively or even exaggeratedly smaller than heaven (Lewis, 32).

This purposeful representation of heaven as a bigger place leads to the notion that there are more people that are worthy to be in the place. Heaven is a place of possibilities and abundance. People have more than they may demand and there is definitely better than the physical world. Heaven is a reward for the people that have virtues.

In conclusion, it is essential to understand the fact that the actuality of heaven and hell are theories that many humans believe in. As much as everyone know that death is an inevitable plan that will have to take place in everyone’s life, majority of humans do not actually know how they will be after their demise.

Inspiration as presented by the Jewish, Christian, and Islamic Mystics Provided in the Middle East Religions' Handout is a Good Basis for Beliefs. 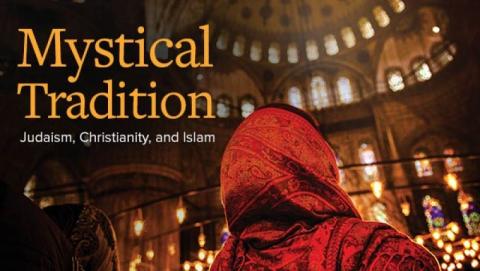 (1) In Christianity, wisdom is described as the ability to rule justly and is a gift from God. Solomon during his sleep is asked what he wants by God, and he states that he wants wisdom. This is an inspiration as he can be given wisdom in order to be able to discern the mind and be wise in the ways of the world. Secondly, there is the issue of wisdom truly residing within the Divine Creator, and God being able to understand everything under the heavens. He was the wisdom residing in him, and this is why he was able to create everything with equal measure. God in Proverbs argues that wisdom is humble and that the integrity of the upright often guides persons to move. The inspiration goes on with Christianity with the argument of Paul that states that there is God’s wisdom is greater than that of a human being and, in fact, God weaknesses is stronger that human strength.

(2) In the Jewish religion, there is inspiration that exists in the texts by stating that the wisdom of God often purges and illumines through souls. It further illumines through the purges of angels and their ignorance and give people the understanding and wisdom that often descends from God. The experience of God in humankind shows that persons can fully understand the situation on the ground about the wisdom of God, and understand that divinity is so intense and immense as to surpass the complete understanding that is indeed sublime knowledge.

(3) According to Islam, God often opens up the understanding of the person and things that were foreign to him or her are then showed out in the open. The scriptures describe God as being all knowing, understanding every sphere of life and consequently being responsible for ensuring that persons get this information. The increase many times occur within the soul of God and in that knowledge he can pass it to humans. The people know that the increase often occurs because of the divine self-disclosure to the people. This inspiration shows that indeed God is the grantor of wisdom, and it is only through God that one can be able to understand how to be anything and be of worth to the world in any way.

This is a deductive argument

Solomon argues that the wisdom that is gained from God is futile and that it is not inspirational. This is because he acquires information more than any known person and after applying his mind, he realizes that it is like chasing the wind. The wisdom is useless and those that try and find and increase knowledge only increase their sorrow. This, therefore, kills the inspiration and shows that the wisdom that God gives to the first premise might be unworthy and useless.

(1) God sometimes favors specific persons to give knowledge and inspiration. The inspiration is not open for all and the experience of God in this favor is lofty and their people understand everything remains to be understood.
(2) The Bible in books such as Ecclesiastes argues that the Wisdom is useless and it is like chasing the wind. This therefore, means that the Wisdom that persons have and the one that exists in the world is useless
(3) Despite being wise, everyone suffers a natural death without knowing their destination after death.
This is an inductive argument.

There are persons that have faith in their religion that indeed they will be able to see the Kingdom of Heaven and consequently, one might argue that even though they might not be the wise of people, they have the necessary information they need to know about the afterlife.