Examples of Business Essays Below 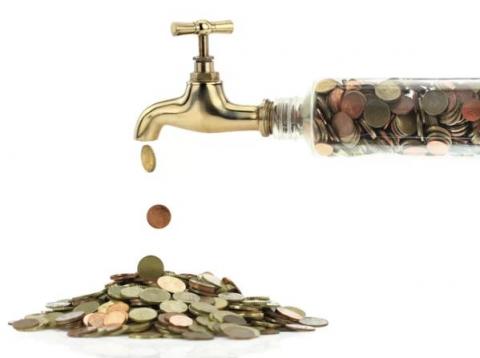 Monetary policy can be described as the process by which the Federal Reserve controls the supply of money, often targeting a rate of interest of the purpose that promotes both stability and economic growth. The Monetary policy in the United States often regularly changes . The authority of the Federal Reserve board uses the discretionary monetary policy in order to influence market interest rates such as the federal funds or even the discount rate. This discretionary monetary policy was instituted by John Keynes who advocated intervention by government so as to achieve an economic equilibrium (Arnold, 2008). In order to do away with inflation and recessions, this economist advocated that the government has a role to play in formulating the required fiscal policies. In line with this school of thought, in the year 1946, the Employment Act of 1946 was enacted, and this gave congress authority to promote production, employment and also to increase the purchasing power of Americans.

Later, the government proposed for the passing of the Humphrey-Hawkins Act, which advocates full employment and also growth. The enactment of this act projected the reduction of the inflation rate and the rate of unemployment up to three percent.

The Federal Reserve System was created by American Congress so as to take care of monetary policies. However, it retained the authority to formulate and carry out fiscal policies. There are two types of fiscal policies; discretionary and automatic stabilization. Automatic stabilizers are those interventions whose implementation will automatically drive the economy back to equilibrium (Talyor, 2014). These stabilizers include unemployment and welfare compensation programs as well as imposing a progressive net tax structure. On the other hand, in discretionary fiscal policy, the government deliberately manipulates levels of the net federal tax revenues. These activities are carried out so as to influence the people’s aggregate demand in a way that the government wants it to go. The activities are supposed to impact on levels of prices output, interest rates and also levels of employment.

From the year 2003 to the year 2005, the Federal reserve kept interests rates lower than what the rules based system would allow (Talyor, 2014). It has been argued that this might have led to the housing bubble and the risk taking search for yield. However, there are times that they have been instrumental. For example, during the 2008 microeconomic coordination, there was a lot of movement in Gross Domestic Product (GDP) and also employment. In order to minimize these movements, the Federal Reserve applied of automatic stabilizers. This ensured that there is minimal movement of the two factors since movement of the two factors increases instability in the economy. They work without intervention of the direct government actions.

Changes in the level of income cause responses in APE (Talyor, 2014). During a macroeconomic coordination process, APE responds at a faster rate than any other time and automatic stabilizers reduce this responsiveness in order to maintain a healthy economy. Stability in GDP is important to the economy. If the economy wants to reduce responsiveness of current domestic demand to changes in income, then automatic stabilizers will have to be employed.

The cycle begins when the income (GDY) is growing. During this growth in income, consumers will want to increase their current domestic demand (APE) since income is growing. However, this extra amount is channeled to reservoirs such as trust funds. This reduces the responsiveness of APE to changes in income. Automatic stabilizers work using the reservoir principle such as the use of trust funds. During both increase and decrease in income, the only changes that occur are draining and filling with these reservoirs, and this happens automatically. The funds that get into these reservoirs enter in the form of income taxes, and the outflow is in the form of benefits from programs such as unemployment packages.

Progressive taxes are also used to stimulate the economy as they act as automatic stabilizers. The government plays the role of maintaining their purchases at a constant level no matter the level of income. In a progressive tax system, the government tends to take away income from the consumers when their income levels increase in the form of taxes. This reduces changes in their current domestic demand and thereby reducing changes in their personal purchases (Talyor, 2014). The government will increase their budget, but this amount is not used to make purchases; it goes to reducing the government’s deficit or increases their surplus. During the decrease in levels of income, the tax system is in such a way that it reduces the amount taken away from taxpayers, and this makes their purchases constant. This keeps APE at a relatively constant level thereby reducing fluctuations.

The discretionary monetary policy is important in the influencing of aggregate demand and supply as it can be able to either increase the aggregate demand or decrease it. This is because it is concerned with the application of alteration of the domestic output, and this alters the tax proceeds. This has an effect in the price that then follows the law of demand and supply. There are two steps involved in applying Discretionary Fiscal Policy. The first step involves the government altering its level of current domestic output. The federal government also alters the tax proceeds from households and also businesses. The second step is where the change in consumers’ current domestic demand affects the level of different variables such as interest rates, prices and employment during macroeconomic coordination process. The Federal reserve needs to continue using its discretionary monetary policies as there currently exists an unpredictable environment which needs discretionary policies as compared to rules based approach. It is only through this way that the economy can be stimulated in the right manner when it is in a recession.

The use of expansionary policy is restricted to situations where economic shocks are normal. However, in cases where domestic output is reduced by factors such as a natural disaster, it is hard to administer expansionary policies. This is because any action will result in pushing the aggregate demand up higher than the output, and this will in turn result into inflation of price levels (Mankiw, 2009). Expansionary policy involves the use of the discount rate, open market operations or reduction in reserve requirements by banks in order to stimulate aggregate supply (Hossain, 2009). Expansionary policies are used when aggregate demand exceeds aggregate supply, and this might lead the economy into a recession.

In the application of expansionary policies, there are several problems that arise that reduce the effectiveness of the policies. One of these problems is the inconsistency problem. In the case where APE dips the government should take part in open market operations, reduce the reserve requirements and also reduce interest rates so as to stimulate aggregate supply. This should work out fine and restore the economy back to equilibrium (Mankiw, 2009). However, there is a possibility of the aggregate demand to respond weakly to the interest rates changes. There is also the possibility that during the drop in aggregate supply, the level of interest rates was already too low such that it is impossible to lower them further. If the interest rate is low such that it has reached the liquidity trap, any lowering of the interest rate will have minimal effect on APE and therefore expansionary monetary policy will not work. This will call for assistance by intervention of an expansionary fiscal policy.

Reduction in tax can also result into inconsistency in its effect on the economy. If a household runs into excessive debts, the money saved after a tax cut will not be used to increase household purchases (Mankiw, 2009). This money will be used to reduce the debt owing to the household. This will reduce the effectiveness of an expansionary monetary policy effort. This is because the tax will not boost aggregate demand.

In a situation where the economy falls into a recession, like the great depression of 2007/2008, use of monetary tools will be limited, and its use will not have a correction effect on the economy. During a recession, there is total economic failure where there are no profits, and there is also no incentive for businesses to venture into new financial investments. This is accompanied by considerably low levels of interest rates. Money lenders will have a disincentive to lend money since return on loans is very low (Mankiw, 2009). The borrowers are also not willing to borrow since there are no attractive investment opportunities. The velocity of money in the economy dips and this makes the increment of aggregate supply a hard smart.

However, there have been dissenting views with other persons arguing against the expansionary fiscal policies. David Ricardo, a British economist, forwarded an argument that states that expansionary fiscal policies will never work. He explains that these policies often results into budget deficits. In order to offset these deficits, the government will engage in buying treasury bonds. Since the government will have budget deficits, upon maturity of these bonds, the government will increase taxes levied on households that will be equivalent to the principal value of the treasury bonds (Faber, 2009). So as to reduce the taxes accruing to the households, the households will increase their savings and reduce consumption. The savings in treasury bonds will in turn increase the deficit and the cycle will once again begin. This will mean that this fiscal policy will have no effect on the aggregate demand. This called the Ricardian Equivalence.

Further, according to Marc Faber, he argued that the 2007/2008 recession was a result of the expansionary cycle, where the Federal reserve slashed down interest rates and therefore, constituted what can be described as one of the greatest synchronized economic boom where nearly all the asset prices in the world skyrocketed. It was the Federal Reserve because of their expansionary fiscal policy that sadly led to the collapse of the U.S financial system.

The system turned out to be largely over leveraged, and it was in a need for capital infusions. The investors everywhere in the world grew apprehensive and averse, and the different financial standards were set by financial institutions. Therefore, the Fed Cut the funds rate to zero after the year 2007 in September (Faber, 2009). The Federal Reserve had not effect and for this reason, Marc Faber argues that the best policy would to be let the free market correct the excesses that are brought about by what can be described as unforgivable policy errors (Faber, 2009).