Examples of Health Essays Below 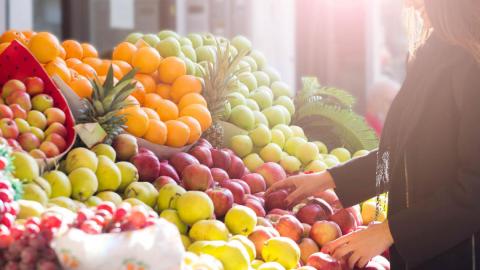 Healthy People is a program by the American government to ensure healthy living among Americans. Health People has 10-year objectives geared at improving the overall lifestyle of the American in the Health sector. Healthy People as a benchmark has helped in the monitoring process and self-evaluation of personal health with the aim of encouraging communities to work together in all sectors that pertain human health. Furthermore, the initiative helps individuals to arrive at the best decisions on matters relating to personal health (Blanchard, Blanchard, & University of Wisconsin--Madison, 2012). The initiative also seeks to effectively monitor the impact that relate to prevention techniques adopted.

The ingenious initiative was started on December 2, 2010 and has been ambitious in setting the precedence that lead to national and personal health. Healthy People help in championing the best disease prevention strategies and other health promotion areas. When the two websites are compared there are new additions to the 2020 initiatives. Each of the two documents has national objectives for achieving the national goals in the health of Americans.

Health People 2010 reflects what was best in the covering the comprehensive picture that characterize the national goals. The two documents have set-goals and objectives that were meant for achievement in a period of ten years. The initiatives borrow knowledge from the scientific expertise, academia and the government. There are other national membership organizations that contribute to the overall success of the initiative. A striking feature in the Healthy People 2010 and that of the 2020 is a mixture of objectives that provide a platform in the initiative.

For instance in the objective under category C, for HP 2010, there is an initiative to prevent the Chronic Back Conditions which is lacking in the HP 2020. In the objective category S, a new addition has been included referring to the Social Determinants of Health. There are a number of factors that could have influenced the changed in objectives over the 10-year period.

Removal of an objective such as the Chronic Back Condition in the visionary 2020 could have been attributed either to the success in controlling such conditions in the health facilities or rarity of the condition (Kronenfeld, 2009). Furthermore, this condition could have been contained because of the best outcomes leading to ultimate goal realization.

Addition of new objectives in the category S of HP 2020 could have been due to the desire of looking at the social determinant of health among the people or other societal changes within the framework of 10-years that influence health. Determining of the goals is influenced by a number of other factors such as the target group and population. For instance, development and progression may arise out of societal negligence to the control of vectors all other disease-causing factors (Healthy People, 2013).

This may lead to the addition of such determinants in the goal and objectives. Incidences of disease outbreaks that are endemic to a certain society can influence the addition of an objective to the HP Initiative.

Socioeconomic disparities are one of the factors that remain the main determinants in the health of individuals. They influence healthcare provision, the environmental exposure to the disease causing conditions and health behavior of individuals. The chronic stress associated with a low socio-economic status may raise the cases of morbidity and mortality. Socio-economic disparities include inequality in education, income and occupation (Kronenfeld, 2009).

This status exacerbates the gap of the people who can access healthcare facilities and those that cannot. Socio-economic disparities whether income, occupation and education, have a direct link to a number of health problems. These problems lead to high mortality rates in the individuals affected. Some of the deaths in the U.S are caused by the toxic effect of tobacco, diet and low economic activities.

Modification of such risks factors associated with the diseases requires an upstream consideration of the socioeconomic factors. While socio-economic disparity may be linked directly to the high cases of mortality and morbidity, the underlying mechanisms are not clearly understood. Due to the pervasive effects of the socio-economic factors, there is no single policy that can eliminate the health disparities. A number of recommendations and solutions have been made as a possible elimination of the increased cases of disparity targeting key population subsets.

Socio-economic disparities vary and encompass three aspects being; education, income and occupation. Disparity in income is a major concern since most people are unable to pay or the services in the hospitals (Blanchard, Blanchard, & University of Wisconsin--Madison, 2012). I will discuss income disparity and devise a plan for the control and provision of sustainable solutions. Social security fund as an aspect that can be instituted in controlling income disparity.

People who have chronic illness and cannot afford the medical fees for the treatment can benefit from the social security fund. Redistributive policies need enhancement in the control of diseases. Earned Income Tax Credit is a federal policy that has helped in raising the income for poor-working families. The local governments can help in instituting programs that would help people make a living (Meresman, Furio, Pan American Health Organization, & Education Development Center, 2009). Income generating programs include cleaning of the environment and caring for the elderly. Income generated by the workers may help them achieve better health. Finally, the government should ensure that the healthcare is affordable to all despite the economic status. 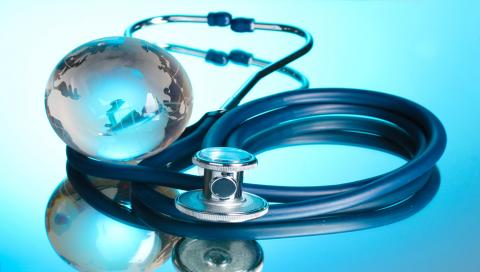 Incorporation of modern technology in the health care industry, organizations are having greater opportunities that are enabling them to compete effectively with others globally and as well merging with other companies both globally and locally. On the other hand, the management plays a critical role in promoting and enabling health care industries in competing globally. Consequently, decisions on change in labor demand, supply, relations, unions and as well rules and regulations in the health care industry influences the global competitiveness of an organization. This identify global competition on the decisions made by the management (Porter, 1986).

Global competition in health care industry is emerging in different nations. Wealthy patients from different nations are travelling to some developed nations aiming at attaining quality medical care from these nations. These patients are seeking for quality medical care from other regions at affordable prices. Apparently, management decisions play a critical role in influencing global competitiveness of health care organizations.

Global competition in health care industry is the contributing factor towards success and transformation in the industry. Doctors and clinics are competing globally. They are increasingly competing for patients from different regions through creating new channels that attract patients from different regions. Patient relations, on the other hand, is improving global competition of health care industry (Porter, 1986).

As stated earlier, health care globalization incorporates medical tourism (patient travel from other nations). In addition, professional travel is enhancing global competition in the industry. Consequently, management labor decisions influences based on employee supply and demand influences the global competitiveness of health care industry. Particularly, in situations where patient’s data interpretation and diagnostic tests takes place in a different nation or health care center, it increases collaboration in the health care industry and consequently improving disease management thus leading to health care unions. More so, relations maintenance depends on the management policies. It is inclusive of the rules and regulations integrated by the management (Porter, 1986).

In conclusion, it is quite clear that management decisions on change in labor, supply, relations, and rules influences global competition in the health care industry. Consequently, medical tourism based on patient’s attraction to other nations influences accessibility and nature of health care services in the destination nations.

Vaccines Do Not Cause Autism Sample Essay & Outline 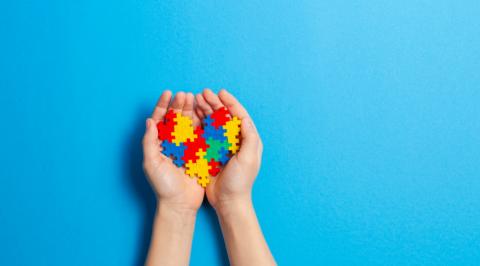 Autism, a neurodevelopmental disorder often characterized by verbal and non-verbal impairment, faces controversial attitudes during the management process. The controversial approach surrounding the vaccination has a relation to ethics and effectiveness of the drug administered. The controversial perception originates from the public belief of the vaccinations being the main accelerators of the disorder (Heyworth, 2011). However, scientific evidence reveals that these vaccines present many benefits to patients. Normally, in United States, prevention of prevalence of the disease and death outweighs the possible consequences experienced after vaccination. However, as presented by Heyworth, vaccine opponents continuously argue that vaccines are essentially ineffective. Others postulate that these prevention methods are against individual rights and society ethics. Consequently, continued use of vaccines is decreasing thereby leading to an increased outbreak of infectious diseases. The discussion projects at comprehensively reviewing Heyworth’s article, “Vaccines do not cause Autism.”

According to Heyworth, US public have a strong perception that vaccines are the main causes of autism (Heyworth, 2011). In the article, the author highlights that parents decline the call of immunizing their children. Before beginning schools, the law requires parents to vaccine their kids. However, even after vaccination, schools reported continuous outbreak of serious diseases. Consequently, parents develop strong negative attitudes against autism vaccines. Many parents raise concerns over the increased infectious diseases. Developed from their concerns on vaccination, autism prevention remains as the most prevalent issue among these parents.

Heyworth highlights that unapproved findings from scientific researches fuel the perception in the US public (Heyworth, 2011). According to the argument developed in the article, the study by the Britain gastroenterologist autism strongly relates to vaccines used on patients. Results released by AAA revealed information to the public revealing that vaccines contain strains of mercury compounds that fuel autism. The strong negative perception of parents on these vaccines accelerated when McCarthy publicly improperly guided the pubic by confessing that vaccines contributed to autism on his son (Heyworth, 2011). These misguided revelations made by researchers increased the public’s negative attitude on vaccines on their kids.

Heyworth writes that there is a strong likelihood of a strong interaction between vaccines and infectious outbreak of autism in the public. He writes that the connection is due to the coincidence of the time of discovery of the disorder and the time of vaccination (Heyworth, 2011). The authors continue in his argument revealing children often get their first dosage of the vaccine after 12 to 15 months. Coincidentally, it is the time when autism symptoms become prevalent.

The controversy surrounding vaccine and autism has been growing. However, due to the negative perception, scientists are continuously working hard while finding the relation of autism and childhood vaccination. The debate on the controversy as depicted by Heyworth indicates a massive breakthrough in depriving the underlying negative perception of autism vaccination (Heyworth, 2011). As depicted by the author in the article, it articulates the scientific and political mismanagement of the underlying conflicts between autism and children vaccination. In conclusion, parents have the obligation of weighing possible risks attributed to vaccination and the benefits of safeguarding their children from contracting infectious diseases.