Hemmingway in Paris in the 1920’s Free Essay Samples & Outline

Examples of Paris Essays Below

Sample Essay On Hemmingway in Paris in the 1920’s 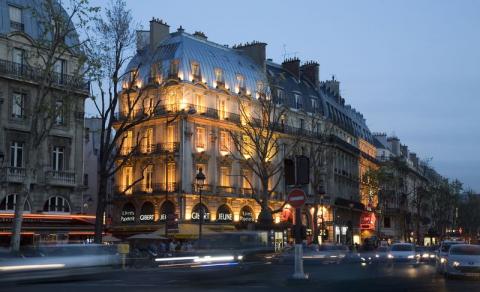 The 1920’s was a time of significant economic and social change in Paris. It had begun with World War I and it ended with one of the greatest financial crisis that has ever been seen. It is critical to recognize that as a result of World War I as well as a World Wide women suffrage movement taking place, there was almost a complete change in the society. Paris was in fact no exception to the social changes.

The 1920’s were consequently were referred to as the roaring twenties. This was a period characterized by distinctive cultural edge in Paris as well as other major cities in the world during a period of sustained economic prosperity. The roaring twenties can be said to be a decade of economic growth, and widespread prosperity that was driven by the recovery from wartime devastation and there was a boom in the consumer economy. The economies of the different countries were able to successful transition from a wartime economy to a peacetime one.

The Hemmingway’s were able to find an inexpensive apartment in the working district in Paris. They were able to live comfortably based on the Inheritance they had received coupled with Hemmingway’s income from the Toronto Star Weekly which had employed him as a foreign correspondent. Hemmingway was able to rent a small hotel room which he decided to use as his workplace. In what can be referred to as his genius and burst of productivity, Hemingway was able to fill one notebook after another with stories, and poems. This garnered him with an invitation to the salon of Gertrude Stein where a deep friendship was formed.

It is critical to understand Stein’s home in Paris in the 1920’s had become a meeting place for different writers and artists of the era. In fact, Stein acted as the mentor to several now famous writers. In these meetings, there was the promotion of the simplification of both poetry and prose as a backlash to an elaborate style of writing seen in the past decades. In fact, it is critical to appreciate that Hemingway, was able to take her suggestion to heart and he was able to credit Stein for teaching him valuable lessons which influenced his writing style.

It is critical to understand that Hemmingway as well as Stein belonged to a group of American expatriate writers in the 1920’s that were referred to as the Lost Generation. They were referred to as being disillusioned as they still possessed the traditional American values that followed World War I; their work was able to reflect their sense of despair and futility. Hemmingway often went to meeting with other American writers such as F. Scott Fitzgerald, T.S Eliot and John Dos Passos.

It is critical to note that in the year 1922, Hemmingway underwent what is referred to as a writer’s worst nightmare. His wife lost a valise that was filled with a large portion of his recent work, including carbon copies which were never found.

In the 1920s, the impact of Jazz Music was massive. It was the start of the collapse of strict barriers, and it created a considerable influence on culture and social setting, and it reflected how the roles of women were starting to change. According to Fitzgerald, although the prominence of jazz music continued, the youth became less and less interested in Jazz (Fitzgerald 40). Time is a fundamental notion in the novel; for instance, Jazz itself is associated with time. Fitzgerald and Hemmingway intentionally developed this story during the Jazz era. It was an authentic and authoritative voice of the historic era, and the contemporary art form to articulate it.

It is critical to understand that both Hemmingway and Fitzgerald depicts the 1920s as an era of decayed moral and social values, supported by its overarching greed, cynicism and empty quest for pleasure. The irresponsible jubilance that led to wild jazz music and debauched parties —exemplified in “The Great Gatsby” by the luxurious parties that Gatsby throws each Saturday night. Ultimately, this led to the American dream being corrupted, as the unreserved desire for pleasure and money exceeded more decent goals (Gross 65). This can be seen to be an enigma of the corruption of the American dream that was seen in most works of the ‘Lost Generation’.

After the end of World War, the young American generation that took part in the war became extremely disillusioned, since the atrocious bloodshed that they had just encountered made the early 20th Century’s Victorian societal morality appear like empty, stuffy hypocrisy. According to Wyly, the unprecedented rise of the stock market after the war resulted in an abrupt, constant rise, in the wealth of the nation and the new materialism as individuals began to consume and spend at unmatched levels (Wyly 90).

An individual from any social or cultural background could, possibly, have a lot of wealth, but the aristocracy of France, which consists of families with old wealth, ridiculed the newly rich speculators and industrialists and speculators.

Hemmingway was able to enjoy a lot of advantages in Paris. Firstly, the exchange rate was a wonderful thing and the dollar especially went a long way in Paris in the year 1922. However, despite Hemmingway not having too many dollars, he was able to have enough to get by or when put in a correct manner, his wife did. It is of the essence to note that Hadley had a decent annual income that came from her inheritance, ensuring that they had enough to live on.

Hemmingway was able to enjoy the risqué Paris nightlife and enjoyed long holidays in the Alps and Spain. Within two years of Hadley losing a suitcase which had contained all his writings, Hemmingway had been able to write two books that changed the English Literature forever. ‘In Our Time’ and ‘The Sun Also Rises’ are two books that changed the English language and Hemmingway became the figurehead of the Lost Generation.

Hemmingway was a writer who had come to full realization of his knowledge of his power. In fact, it is important not to overstate the happiness that existed at that time. However, t is critical to understand that even before Hemmingway was 20 years, he had witnessed a lifetime of near-death experience and serious injury. This might explain the reason as to why he had night terrors in Paris. He had seen the bloody catastrophe that had occurred in Smyrna and the failed diplomacy that existed at Lausanne.

In fact, it is critical to understand that he was one of the first English language journalists that interviewed Mussolini- and he realized what a dangerous man was being created. He was able to see and understand the growing economic problems that occurred in France and Germany. This led to the writing of ‘In Our Time’ where Hemmingway’s troubled thoughts were jotted down in a book.

In conclusion, the roaring 20’s was, therefore, a preparation for the great depression. The economic prosperity was mainly provided by increased consumer spending and this growth fed the supply side of the economic policy. The Dow Jones Industrial stock index was at an all time high, and it continued to move upwards for weeks and months. It is of the essence to recognize that this led to an increase in speculative activities, and this can be shown through the behaviors of Gatsby as described as Fitzgerald.

Hemmingway moved to Paris and worked as a foreign correspondent to the Toronto Star. It is in this period that he wrote his two novels that moved the English literature genre. He encompassed his life and his struggles in these two books. He was able to meet with other writers such as Fitzgerald and they formed the group, the Lost Generation.

This group was headed by Hemmingway and with time he became one of the most respected in Paris. People were over-confident in the economy and gave an illusion of the bull market of 1928-1929. Most economic analysts threw caution to the wind and thought that the economic prosperity would last forever. However, on October 29 in the year 1929, the stock prices on Wall Street collapsed and this day is often regarded to as Black Tuesday. The events in the United States put millions of people out of work across the United States. This resonated in Paris.