Cutie and the Boxer, A good Man is Hard to Find Essay Samples & Outline

Examples of Film Essays Below

Sample Essay on Cutie and the Boxer 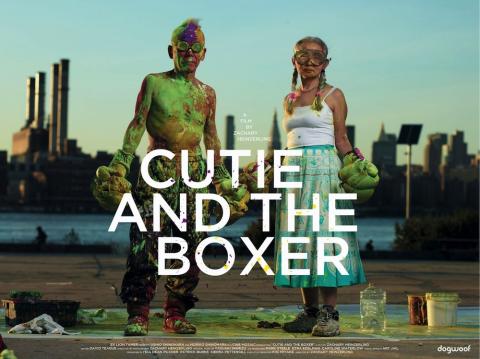 Cutie and the Boxer is a 2013 film directed by Zachary Heinzerling. It is an American documentary film revealing a true story of love. The film features Ushio and Noriko Shinohara as the main characters depicting their relationship as husband and wife. The film is constructed through a wide range of recording and events featuring the couple troubling 40 years of marriage. One of the unique aspects is that Ushio is 80 years old though energetic and has managed to convey a broad range of messages and attributes of his marriage. The documentary is unique since it embodies real aspects of life about the two. The director has managed to combine the faces, the characters lifestyle, their spirit and their art into giving rise to important film.

The movie employs the Japanese language for most of its parts. However, it is unique in the way audience manages to connect with the film, and the artworks revealed without the need to know the Japanese language. It is showed that Ushio makes the painting using a pair of paint soaks boxing gloves and splatters. On the other hand, Noriko is the wife who is 20 years younger than her husband. As a base of the documentary, she reveals how she left her career to become a wife, chef, receptionist and assistant to Ushio.

These elements play a significant role in supporting that the film is more about life, inspiration, love, and sacrifice. The aspect of aspiration is revealed by the way Noriko also grows to be an artist. The film shows a series of autobiographical comics that she constructs t reveals life attributes. It is evident that Noriko represents many women who have been in a relationship who have sacrificed their life goals and careers for marriage. These aspects are hidden in her comic pictures manifested in the film as to portray tension and resentment among others.

Read about the Film Walk away from Omelas

It is right to note that the artwork revealed in the film is based on the couple’s life. The director of the film mentioned that it is a work that shows element of a complicated mix of deep resentment and worn-in love (Marua, p. 4). Ushio adopts a character in his artwork which he names as Cutie. Her story is rather comic and well described by his artwork and how she comes to New York and fall in love with Bullie and old and poor artist. In a well-meditated way, Ushio presents most of his work in white and black illustrations. The film manifests two people living the romantic idea of the artist who is a rare element contributing to making the film is kind. Additionally to the message the film adopts a stable feel and look. It is built by the music and the color scheme took the actors wear t-shirts that have faded pastels to signify time passage and life encounters by the two characters. It is right to state that these aspects of old t-shirts and many artworks support the idea of a long relationship that Ushio and Noriko have encountered.

Therefore, the film manages to connect the artwork to real elements that the artist lives. It is noted that its challenges and difficulties must characterize a relationship of 40 years. It is such aspects a tension, resentment, anger and sadness that Nariko reveals in her work. Supported by footage and photographs of the past events the film is made entertaining and educative for the audience. In a well-constructed way, the film connects the truth of long relationship paintings. The two lives are brought together under the artistic aspects. The most important are the way that they manage to immerse themselves to the themes of sacrifice and love in a relationship.

A Good Man Is Hard to Find Sample Essay & Outline 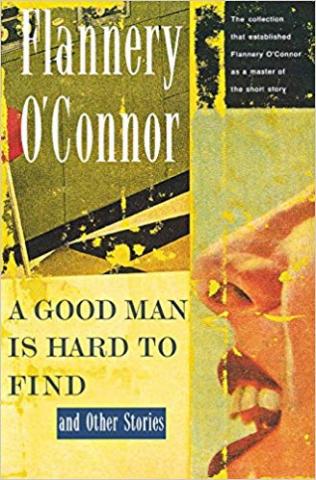 “A Good Man Is Hard to Find,” a story by Flannery O’Connor remains one of the most important and famous Gothic Literature writings. Being part of the Southern Gothic Literature, the story has a focus on some strange event (O'Connor, 1977). Apparently, the story uses eccentric characters while creating a mood describing the unsettling nature of life. In the story, the author presents a woman (grandmother) who creates a world of herself through language. The author brings out the grandmother as the saint where she works hard looking for the best for other characters in the story.

Based on the religious aspect, the story has some quotes from the Christian Bible. The story begins with the Grandmother’s family having a family journey to Florida. However, it has a cold ending when the Grandmother dies after the Misfits shoot her. In her critique, Martha Stephens states that the final failure of the final scene of the story results from the tonal shift occurring in the story. The paper is an analysis of Stephen’s critique statement based on Flannery O’Connor’s story (Pool, 1995).
A.O’Connor’s religion

O’Connor’s literature work faces a high influence from her religion. In her literature work, she makes a harsh portrayal of religion. In her growing up, she experienced religious influence from her relatives and as well her society. Her great-grandparents appeared as the first Catholics living in Georgia (O'Connor, 1993). However, her family lived in the South that was predominantly Protestants. Consequently, through the religious influence experienced during her early childhood, she developed a belief in mystery and belief in religious divinity. Therefore as she states about the story “A Good Man Is Hard to Find,” it was through her Catholic religious background that she was able to write a story. On the other hand, her Catholic religious background remains as the reason behind her writing, and as well having feelings of horror based on religious mystery belief.

As seen in the story, O’Connor has a strong belief in her religion through the characters. Continuous integration of Bible characters (example Jesus), clearly demonstrates the strong influence and belief in Catholic religion (O'Connor, 1977).

Through the characters’ behaviors and attitudes in the story, O’Connor demonstrates a contemporary society similar to the real world society. Similarly, violent actions, disrespect and as well aggressiveness in the story depicts the real world’s citizens who try to have their lives not only in their protests of Ethics and Morals, but also living according to the principles of humanity. In her story, O’Connor presents violence that goes beyond the physical level and persists beyond the psychological level. Through the story, it appears that the author has a negative view and attitude towards violence in the society. Apparently, the chaotic universe created in the story through the Mystery actions clearly reveals the authors perception and relation between world’s crime and the religion (Pool, 1995).

In her perception, she believes that the world’s society cohabits both good and evil. She states, "the trees were full of silver-white sunlight and the meanest of them sparkled…” this symbolized the wilderness of good and evil in the society. However, in her narration, she demonstrates about the redemption force brought about by religion belief. Moments of grace in the story dominates the redemption force in her perception. In addition, it appears that the social responsibility surpasses a character’s commitment to others. This is seen in the case where the Grandmother as seeks the best for her family. As a result, it makes the characters appear responsible for one another as taught by Christianity. (O'Connor, 1993).

Lastly, in understanding the view of violence in the society, she affirms that violence by itself has the capability of bringing the characters to reality and ensuring that they accept her moment of grace. As she states through Bailey before the cat sprang out of the basket distracting the driver later leading to a car crash…” this is the one and only time...we're going to stop…" She strongly believes that violence is not an end by itself, but it is an idea that demonstrates the real nature of humankind. As she explains, she believes that violence can play the roles of good and evil in the society. Consequently, she believes that the necessary qualities of taking a man to eternity reveal themselves when he faces violent situations under pressure (Pool, 1995).

C. Words exchanged between the Grandmother and the Mistry that Stephens may be overlooking in her critique

As highlighted earlier, the story has a cold ending when the journey terminates before they reach their destination and when Misty intentionally kills the Grandmother. Apparently, in her critique, Stephens believes that the failure of the ending results from the uncontrollable tonal shift that grows midway in the story (O'Connor, 1977). However, as highlighted by the author, she believes that life is senseless and ends in pain. This is as demonstrated by the Grandmother’s life, who dies innocently. In her critique, she misunderstands the final conversation between the Grandmother and Misery where he states that Misfit had not committed any crime yet faced a punishment.

He states, “I found out that a crime does not matter (O'Connor, 1993). You can do another, kill a man or take a tire off his car because sooner or later you are going to forget what it was you done and just be punished for it” (pg 150). This demonstrates that life is senseless by itself and all it leads to us pain. Lastly, the Grandmother was willing to give all the money she had when she stated, “…People! Pray! Jesus, you ought not to shoot a lady…I will give you all the money I’ve got” (pg 152). This shows that despite her efforts of blackmailing the Misfit, it all goes in vain after he kills her. Therefore, life in itself is senseless and ends in senseless pain. On the other hand, she does not consider the Mistry statement...” no pleasure but meanness… It's no real pleasure in life…” implying that life ends in senseless pain.