Every academic student understands clearly how challenging it can be to meet a tight deadline. Once you are short of time, and the task should be done within some time-lag, you may end up asking yourself: “Is there anyone who can help me write my research in my academic field according to my instructions?” That’s where My Essay Services.com can be your perfect choice. Whether your a PhD, Masters, College High School or Bachelors we can deliver an original paper as per your instructions.

When you buy an essay online from us, we offer you an original, nil plagiarized and unique paper written by a dedicated writer who is PhD or Masters qualified. My Essay Services is an experienced service with over 9 years experience having delivered over 83,000 essays over the years.

Examples of Leaders Essays Below

Livelihood presents various opportunities to realize the required growth in all aspects. The choices made have a direct impact on the chances that the person has in the attainment of the desired goals. Choices are dependent in the moral philosophy or reasoning that the person applies when making the decisions. Business leader always draw insight from their personal moral philosophies when deciding on the course of action that they have to take in the workplace (Boylan, 2001).

Moral philosophies held by any leader in the corporate often determine their classification of behavior into either acceptable or unacceptable. This paper centers on the role of business leaders’ moral philosophies or reasoning on the decisions that they make in carrying out their daily roles. It will look at how the moral philosophies are applied in the decision-making processes. In addition to looking at the application, it will seek to explain various decisions arrived at by the leaders according to three theories. The findings discussed herein will deduce that the moral philosophies of the leaders have a significant impact on the decision making process applied. The paper will use the Enron case as a basis of explaining the various course of actions that leaders could have taken to avert and deal with the issue.

Moral virtue theory focuses on the kind of a person that is making the decisions. It does not look at the nature or circumstances surrounding the decisions (Boylan, 2001). The focus is not primarily based on the intent of making decisions even though that is an important aspect of the theory. The primary issue is whether the person making a certain decision is displaying the required moral character. Moral character of a business leader, or any leader, is the summation of the character traits that he holds (Boylan, 2001). The decisions made by the Enron leaders prior to the scandal were immoral since there were many instances of dishonesty with the public and the rest of the stakeholder.

Deontological ethical theory judges the action as moral based on the adherence of the said action to a set of rules or a certain rule. The main reasoning behind this theory is that the actions of a person are bound by the rules. Some of the major contributors to the theory include Immanuel Kant who posited that an action of a person could be termed as moral if they stem from a certain duty. Therefore, the ramification of an action or decision is not what determines the morality of an issue. Under this theory, a person may argue that the actions of the leaders in Enron were immoral since they were meant to increase the worth of the company in order to justify the hefty bonuses.

In conclusion, the moral philosophy of a person actually affects the decision making process (Boylan, 2001). Moral philosophy accord the leader confidence to navigate the organization. Leaders that come from the duty school of thought will come up with decisions that are restrained to the powers accorded to them by the regulatory structure. They are duty bound to take certain course of action (Boylan, 2001). Business leaders that are bound by the utilitarianism aim at creating the best outcome for the organization. Finally, business leader that belong to the moral virtue school of thought make decisions that augur well with their moral character. 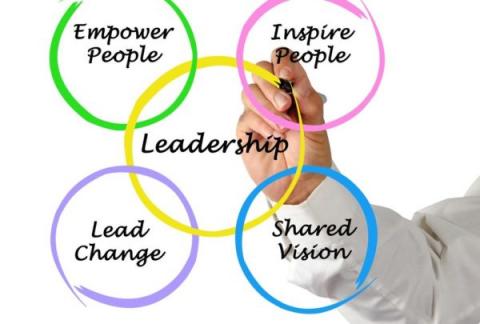 Headship is an important aspect that directly affects the success of an organization. Currently, organization are considering employees as their highest priority. Managers are laying more efforts on the relationship with their employees focusing on enhancing a conducive environment in the organization. The paper evaluates different impacts of leadership on employees (Eby, 2012).

Failure of creating opportunities for employees leads to dissatisfaction. In cases where leaders fail to create training and promotional opportunities for their employees, employees tend to have less commitment to their tasks. Apparently, it leads to poor performance due to demotivation (Sparrow, 2012).

Management affects communication with the junior staff. Message between leaders and their employee is an indicator of conducive relations (Walker, 2012). Leadership settings, especially bureaucratic leadership, characterized by slow flow of information limits employee’s access to instructions. In these cases, junior staff members have slow responses to their tasks and thus negatively affecting their relations (Eby, 2012).

Integrative decision-making, another important aspect of leadership has a great input on influencing relations created by employees. Often, when the management involves their junior staff in planning, employees often feel involved in an organization and thus have the urge of creating conducive relations with their leaders in the organization (Eby, 2012).

In the future, my preference strategy focused on promoting positive interrelations with the subordinates and as well increasing their performance will be through enhanced communication and collaborative decision-making. Decision making often creates positive interrelation and as well increases individual morale thus enhancing performance. Similarly, enhanced communication provides a channel of giving instructions and tabling employee’s ideas during planning (Walker, 2012). 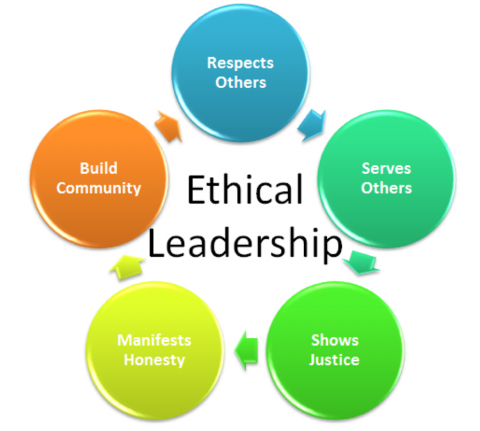 Effective leadership entails more than just ensuring productivity is increased. It also seeks to ensure that ethical and moral standards are upheld. Therefore, although competence is a critical factor in effective leadership, it is ethical behavior that transforms people’s lives, as well as the organization in general. Naturally, leaders find themselves in a position of power, and as such, it is critical that they leverage this power in a way that will ensure sound decision making. Leaders are tasked with influencing the performance of tasks, amplifying self efficacy and empowerment, stimulating change in values and attitudes, as well as influencing processes. This is the only sure way in which they can ensure that the corporate vision is internalized. The nurturing aspect that comes with leadership can therefore only be realized if the leaders themselves demonstrate ethical leadership. This will not only promote the much needed senses of trustworthiness, it will also ensure that high integrity levels are promoted. Consequently subordinates will also feel challenged to follow and accept the organizations vision. Integrity and character provide a foundation that is strong that can effectively direct ethical beliefs, decisions and values.

As far as corporate ethics is concerned, Bernard Madoff is one of the most unethical leaders. For long periods, Madoff was able to deliver massive percentage returns, and this made people suspicious of his activities. It was later discovered that he ran a costly Ponzi scheme that defrauded investors at his Madoff Investment Securities.

Johannes Feldmayer is yet another corporate leader who was charged for his unethical leadership. The former Siemens Chairman was charged with multiple bribery counts, and the company was consequently fined billions. It was believed that in order to earn contracts, he paid bribes before his actions were finally discovered.

Ron Finley is a hugely inspirational personality that has captured the minds and hearts of the American public with his witty and informative anecdotes on how his homegrown food is changing the lives and health of people in his South L.A. neighborhood. Without having to go deep into definitive concepts of leadership, we can simply argue that it is the ability to inspire action in followers (Baker, 2014). followers use various criteria in deciding who a leader is, but Finley exemplifies one trait that perhaps not most leaders embrace – leading by example (Types of Leaders: Transactional Versus Transformational Leaders, 2018). Finley is undoubtedly a transformational leader because he took the initiative himself to start planting food on vacant plots in South L.A before other people (followers) became impressed with his novel idea and joined in.

Finley is also a charismatic leader based on how he makes his presentations during the TED Talks. His reasoning is simply priceless - he thinks of the most unusual idea and implements it in the most unusual places – vacant plots. His assertion that the combined space occupied by the vacant lots in South L.A. is approximately 26 square miles is a pointer of a brilliant mind in action. Converted to a garden, this is enough space to plant over 700 million tomato plants! (A guerilla gardener in South Central LA, 2013). This is a farming revolutionary that regards himself as an artist – one whose canvas is the soil. And this is why he is a leader. His group is called the L.A. Green Ground and comprises mainly volunteers. He says that to change the community all he had to do was to change the composition of the soil and the reason why he initiated the project on the streets was to make it accessible to everyone and this demonstrates his selflessness – another attribute of great leaders. Finally, leaders leave a mark, and for Ron Finley, this has been achieved by having the state of L.A legalize curbside gardens (Baker, 2014).