Examples of Early History Essays Below 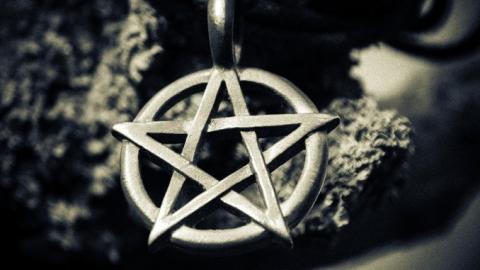 Witchcraft was a serious social problem in early modern England. It was classified as a capital offence, punishable by death. However, how the punishment was executed depended on a number of things, including the individual’s status in the society. This text analyzes witchcraft as a crime in early modern England. It illustrates among other things, how the punishment was implemented.

Crime and Punishment in England

Queen Elizabeth 1, on assuming the throne of England in 1558, inherited a number of things, including a judicial system that stretched back to the Anglo-Saxon era. Capital punishment was common at the time, and justice was brutal and swift. Crime and punishment were intertwined with the localized nature of social relations. Criminality could not be disconnected from who the individual was, their social status, their community, or relations to their family. Thus, criminal law violation was seen as a violation of localized norms of social obligation, kinship, and blood. This text analyzes witchcraft as a crime in early modern England within the context of Ken Macmillan’s ‘Stories of True Crime in Tudor and Stuart England’.

The two documents selected for analysis are the ‘Confession of Joan Williford’ and the ‘Examination of Joan Carriden’. The documents were originally written by an unknown author, and published by J. G Publishers in 1645 in a book titled, ‘The Examination, Confession and Trial of Joan Williford, Joan Carriden and Jane Hott…Confession of Elizabeth Harris, Not Yet Executed’. Ken Macmillan reprints the documents in his book ‘Stories of True Crime’. The two documents present the confessions, trials and execution of Joan Williford and Joan Carriden, self-confessed witches in early modern English society. The documents are intended to provide insight to history students, scholars, authors in the field of history, and anyone else interested in understanding how the legal system in early modern England operated.

The documents are focused on witchcraft as a crime punishable by death. The principle people involved in both cases are the self-confessed witch (examinant), Robert Greenstreet (then mayor of Faversham), and jurors (tasked with listening to the case and proclaiming judgment). The documents, however, exhibit one form of bias: selectivity/imbalance. They present only one interpretation of a situation – confession – leaving a lot to desire in relation to what happens when an accused person fails to confess to the crime.

Judging from the tone of the documents, one would suppose that the authors’ intention was to get their audience to perceive the seriousness associated with crime in early modern England. The author makes reference to God multiple times, and seems to be associating crime with sin – he creates a somber mood geared at showing the audience that in the society in question, wrongs committed against a fellow human being were just as serious as those committed against God.

The four-sentence plot can be presented as:

Witchcraft was considered a serious crime in early modern England, punishable by death. Joan Williford and Joan Carriden were both witches, who confessed to their crime and were executed before Mayor Greenstreet and other jurors in 1645. In their confessions, the witches alleged that they engaged in the vice to gain wealth and get revenge on their enemies. They accused the devil of lying to them, and considered themselves worthy of death for having forsaken God.

The documents reveal crucial insights about the purposes of the legal system in early modern English society. Judging from the witch trials described in the selected documents, one would argue that the system served three main purposes: deterrence, retribution, and ritual cleansing.

As Williford and Carriden both illustrate, executions were not done in private, but before huge gatherings. According to Briggs and his colleagues, Witchcraft was punished by hanging – the prisoner would stand on a ladder high above the mob, with his neck tied to a noose. The ladder would then be kicked away, and the victim strangled to death. The spectacle served as a warning of the consequences of sin, and the spectators would live with the scene in their minds forever. Public execution served as punishment for the wrongdoer (retribution), and at the same time helped to deter deviance from the rest of the population.

The early modern penal system also served the purpose of ritual cleansing. By flouting the laws that governed society, criminals cut themselves off from the rest of the community. In order for their crimes to be set aside, wrongdoers needed to be cleansed of their wrongdoings before being accepted back to the society. Those facing execution were supposed to be cleansed so that their souls could be received in heaven. The ritual cleansing activity, as Williford demonstrates, involved acknowledging one’s wrongdoing and the punishment thereof, and requesting for forgiveness from both God and the community. In her ritual cleansing speech, Williford acknowledged that she had done wrong, and deserved to die because she had forsaken God and accepted to be deceived by the devil.

The documents, however, only make an implicit commentary on the case of witchcraft in early modern English society. They leave the audience with doubts on whether the penal system was indeed fair, or the women were only punished harshly because of their low status in society. Both women confess to having joined witchcraft in order to gain wealth, an indication of their low status in society.

The documents do not, however, provide evidence on whether all condemned witches were punished in this manner – it does not explicitly demonstrate how one’s class influenced how they were treated by the legal system. A more explicit analysis would have included documents from self-confessed witches who ranked highly in society, or who were associated with royalty. This would have presented a better view of how class influenced punishment in the society in question. Moreover, the documents do not provide explicit coverage on the question of gender and punishment – the author could perhaps have included personal stories from self-confessed wizards within the same community so that the audience has a clearer view on whether women who engaged in crime were punished in the same way as men.

Witchcraft in early modern England was recognized as a capital offence, punishable by death. Women were punished harshly for engaging in witchcraft. Witch trials were conducted publicly before large crowds as a way of deterring deviance from the rest of the citizens. The condemned were hanged as a form of retribution, but were given an opportunity to be cleansed of their wrongdoings and obtain forgiveness from both God and the community first. These three: deterrence, retribution and ritual cleansing were the core purposes of the penal system in early modern England. The documents analyzed in this case, however, do not provide an explicit commentary on the issue of witchcraft – they do not provide evidence on how class and gender influence how one was treated by the penal system in the early modern English society.