Examples of Depression Essays Below 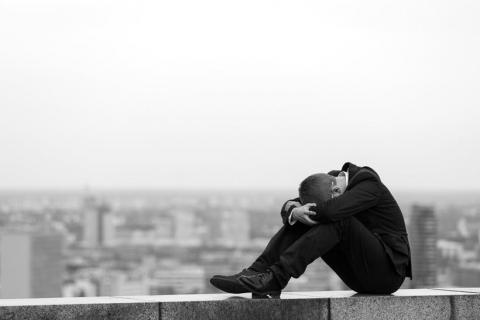 Getting an accurate diagnosis as well as the effective treatment is a major step when it comes to chronic depression. Therefore, there is a need to look keenly at the symptoms that exist and use proper research in order to understand whether the diagnosis that has been made is correct or not (Baker, 2014). Effective treatment of depression includes the use of anti-depressants as well as the use of talk therapy. This paper is going to examine the case study ‘Depression in Native American Elder’ and make a diagnosis regarding the client and how he can be helped in order to get better.

The first sign that the Native American Elder has that shows that he is suffering from chronic depression is the fact he has non-localized pain. He has pain almost everywhere in his body; this is from the legs, the knees, chest and even the head. The Elder is depressed most of the day and does not seem to do anything. He does not want to talk to people and has lost enjoyment in things that once were pleasurable.

For example, he loved to go to Clan meetings but now this is not possible, and he does not feel like going. This loss of enjoyment in things that were once pleasurable can be described as one of the tell tale signs that indeed the client has chronic depression. The client has also complained of insomnia; this is a big problem when it comes to depressed clients. They cannot be able to sleep well and when they do it is for one or two hours.

Most of the time they lay awake the whole night without getting any sleep, it is important to note that this is another big sign of depression. The client has experienced major changes in weight; he has lost a lot of weights but he continues to deny it. His shirts and clothes, in general, are hanging, and this shows that he is not in the same weight bracket that he was before. The daughter describes him as not being himself and that he is physically restless and rundown.

However, he cannot be able to notice this himself but rather this is often noticed by other persons. The client has also experienced fatigue and loss of energy, and this might be what he attributes to the pain that he is feeling all over the body. The client has problems with concentration and making decisions. Therefore, he cannot be able to perform optimally in the way he should.

A diagnosis should be made based on the client’s symptoms, and in this case it can be seen that the symptoms are clear that the patient is suffering from chronic depression (Laidlaw, 2008). There is a requirement to look at the medical history of the client, as well as the family’s psychiatric history. It is essential to note that while chronic depression is a serious illness, it can be treated (Chang & Downey, 2012). In fact, early diagnosis as well as medical treatment is known to reduce the intensity as well as the duration of the symptoms and consequently reduce the likelihood of the person going into a major depression. In order to treat this disease, there is a need to use psychotherapy often referred to as talk therapy and a combination of antidepressants. 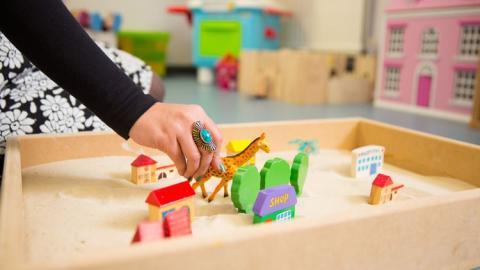 The play therapy is often employed to children between the age of three to eleven years, and it provides them with a loving and cultivating the environment in which they can be able to freely express their experiences, as well as feelings through a natural and self guided process (Axline, 2012). It is common knowledge that children’s experiences as well as knowledge communicated through play; therefore, the play becomes a very important tool in the expression of emotions of the children.

Play therapy is a type of psychotherapy it often uses play in order to communicate, as well as help children to prevent, or even at times resolve psychosocial challenges. This, in turn, helps them towards achieving better social integration, positive growth, which does not have fixations and normal development. Play therapy can also be used as a diagnosis tool the therapist often observes the child when he or she plays with toys and determines the cause of sometimes disturbed behavior (Axline, 2012). This is noticed through the patterns as well as objects of play, and the willingness to interact with the therapist. All this, in turn, helps in understanding the rationale for the behavior that the child exhibits. The psychodynamic view argues that children often engage in play behavior in order to be able to work through anxieties and other interior obsifications. Consequently, through play, a child can be able to help himself grow as normal play is an important part of the development of a child.

Therapeutic play, which often includes play therapy, has become well established under a number of psychological theories. Research, both quantitative as well as qualitative shows that child therapy is highly effective in many cases organization affiliated to PTI made suggestion that 71% of the children referred to play therapy exhibited a positive change.

In the play environment, a safe confidential and caring environment is often created which allows the child to play with very few limits. This is often necessary when it comes to physical as well as emotional safety. The play environment if positive, allows healing to occur at many different levels of development, and it follows the natural inner trend that leads toward positive good health. It is also important to understand that play goes hand in hand with creativity. Children who play in a safe and confidential environment are often more creative as compared to children who do not play in a safe and confidential environment. Play and creative often operates on impulses from a life outside awareness, in the unconscious. With play therapy, there is no medication that is used and a child is treated through natural play.

Non-directive play therapy describes play that is not directed towards anything and the choice of play is left to the discretion of the child however, there is also directive play therapy where the choice of play is determined by the skilled health practitioner. It is important to note that a skilled practitioner should be able to adopt both approaches according to the circumstances in order to understand the children.

Play therapy is an expressive therapy and allows children and adults to broaden their communication, and they can be able to fully externalize their worries through play. The use of expressive techniques and approaches are important because their relationships often ignite creative, resilient energy that is a powerful agent for change and insight. When children and their families play together, their perception of each other often change and communication is accomplished in more ways than one and individuals often experience a decrease in resistance.

There has been a lot of research on the topic; this is because psychologists have come to understand the important role that children’s lives play in the development of the adult person. However, there also exists criticism in regards to this theory, they argue that there are children who are natural introverts, and consequently they might be mistaken as having problems which is not true. However, Play therapy continues to be in play and is still practiced by many psychologists to understand the behavior and experiences of young children.
‘Where the Wild things Are’ is children’s picture book that was written and illustrated by Maurice Sendak. The story uses the psychoanalytic story of anger to make an entirely beautiful story.

Max has tantrums and is angry after he dresses in a wolf costume and wreaks havoc at home. He is punished by being sent to the bedroom, however, in the bedroom he enters into a world of fantasy. Entering in the world of fantasy can be described as play and consequently, Max can be said to have entered into a world of therapeutic play. The play with the animals made him to express his emotions, and, as a result, his anger cooled down considerably. If he had not entered into the play mode as a form of therapy, he could have been angry with his parents and this could have severely affected his relationship with them. However, the therapeutic play of engaging in play was extremely important. It took the anger off him, and he was pulled back by the belief in parental love. His relationship with his parents was, therefore, improved because he had engaged himself in the therapeutic play. The child was, therefore, liberated by his thoughts and his play.

From this story of Max, it can be seen that indeed children can be able to master their various feeling such as danger, fear, jealousy, boredom, and they can be able to manage to come up to grip with the realities that is their lives. Children are delicate, and they often do not have ways in which they can be able to express their emotion, therefore, they either repress bad memories or suppress them. There is, therefore, a need to ensure that children have a way in which they can be able to communicate their emotions to the outside world. It is in play therapy that the children better understand, and themselves, this is because play therapy helps them to better express themselves in ways that they cannot naturally.