Examples of Obesity Essays Below 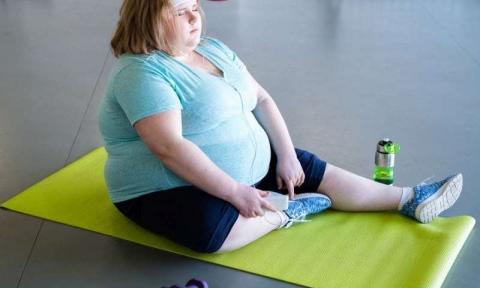 Georgia is one of the states in the United States of America that has one of the highest prevalence of obesity. There are numerous reasons or arguments explaining the incidence and prevalence of the condition. Most of the reasons cited for the increased obesity is the massive adoption of poor living styles. Obesity is a consequence of poor living styles as well as the national health policy and the economic policies. Obesity is a predicating factor in the development of chronic diseases such as cardiovascular conditions, stroke, some cancers, and diabetes. Costs of treating obesity among the adults averages at 147 billion dollars in the country (Davis, 2013).

Georgia is one of the worst affected states by the issue of obesity according to the statistics from the Center for disease and control. The state of Georgia has an estimated population of 9.687 million as at 2010. Adults account for over 74.3% of the population. The youth below the majority age accounts for 25.7%. This indicates that the state’s population assumes the same patterns as the national population.

The obesity levels in the state are indicative of the lack of exercise and poor dietary behaviors. Obesity in Georgia has also assumed an ethnicity and racial perception with the majority of the obese people in the state being members of the minority groups. This paper will conduct a statistical analysis of the prevalence of obesity in the state of Georgia using the variables of;
1) age,
2) dietary behaviors,
3) physical activities,
4) living styles and
5) Georgia

Age factors in the development of obesity manifest due to the population and the distribution of the ages in the data set. According to the CDC, the age of the majority members of the community is comprised of the adults (Davis, 2013). Therefore, in order to represent the prevalence and propensity of the development of obesity in the states, the age of the people is an important factor (Davis, 2013). In a normal distribution, the age of the obese is also reflective of the entire population, and the depictions of the issue at hand has to assume the similar distribution. Since the age of the population is comprised of adults, the obesity statistic also has to reflect these characteristics of the adults.

The ratio of the people that are overweight in the state is over 64%. The obese are over 29%. Therefore, over a half of the adults in the state have eating habits that are by large indicative of the states eating habits. Adult obesity can be caused by a number of issues such as the nature of life led by the sampled members. The approaches to eating and other lifestyle choices are by mostly reflective of the entire population since the adults are the primary source of direction for their children

The percentage also represents the majority of the adult population that was rated to be obese according to the 2011 survey by the CDC. Therefore, adult members of the Georgian population have set a precedent in terms of their choice of lifestyle that has promoted obesity (Davis, 2013).

Since the majority of the adults are supposed to be the source of direction for their children, the precedents that they have set have led to the development of the same approach to the eating habits and lifestyle among the adolescent and children. 14.8% of the adolescents are overweight while 12.4% are obese according to the calculations based on age, sex and height.

Additionally, 17.6% indicated high levels of inactivity and 39.2% spent more than 3 hours watching the television. This is indicative of the poor living habits that the adolescents have adopted. It is also an indicator of the poor parenting and the lack of emphasis by the schools on the attendance and participation in the physical activities (Davis, 2013).

Obesity in children also manifested due to the prevalence of the supplementation of breast milk with formula. This practice contributed to the 15.8 % of overweight children and 13.5% of the obese children. Therefore, poor practices by the parents contributed to the development of adverse obesity in the children (Nelson et al., 2015). The data points to the systemic nature of the problems whereby the schools and parenting authorities have neglected their duty of ensuring that the children have the right diet. Arguably, the parenting approaches used cannot be effective when the parents and other adults in the society are the trendsetters in the development of poor eating habits.

The state has poor dietary habits. Standard dietary habits such as breastfeeding are underdeveloped in the state. Most of the members rely on poor eating habits such as the reliance on sweetened carbonated drinks among the adolescents, neglect of fruit and vegetable helping among the adults and use of formula among the nursing mothers. Over seventy percent of the entire population relies on the unhealthy food sources (Davis, 2013). Development of the precedent can be largely attributed to the poor approach by the adult members such that they are not setting a good example to the rest of the members of the population (Hoque, 2011).

The society has adopted a sedentary living whereby the people that engage in any physical activity are below 25 percent. Therefore, three-quarters of the population does not espouse the need for physical activity (Nelson at al., 2015). Adults are again responsible for the development of this trend since they are supposed to be the main source of direction.

Their lack of physical activity creates the urgency for the development of the habit (Nelson et al., 2015). Parents and other adults still have to set the example by emphasizing on the development of an outdoor lifestyle. The combination of physical activity with the proper eating habits will lead to the improvement of the health of the Georgian state's residents (Hoque, 2011).

The majority of the Georgians have adopted an approach to life that is largely the contributing factor to the obesity. One of the lifestyles that have contributed to the high rates of obesity is the sedentary living. Sedentary life is prevalent in the slums and other places whereby the members are dependent on the government funding (Nelson et al., 2015). Therefore, the members of the community that are unemployed and under the support of the social services department often develop the condition (Davis, 2013).

Sedentary living is also manifested in the children that spend more than 3 hours in front of the television. Such living choices and condoning of the same by the parents has led to the increment in the development of the obesity in the community (Nelson et al., 2015). Living style is also compounded by the employees that have to work in the office setting without any requirement of frequent movements (Hoque, 2011).

Georgia is a state that has one of the largest population of the African American members. Due to the poverty levels in the minority group, most of them live in the ghettos. The government offers the members of the minority group social services such as housing and food.

With the provision of the food to the people living in the ghettos, there is little motivation to work and earn their living. Therefore, they seek to sustain the social services assistance. Georgia is also comprised of expansive rural areas. The people that live in the rural regions also have the access to abundant and cheap food. Increased access to the food increases the chances of the Georgians developing obesity and other eating and lifestyle-related health issues.

In conclusion, the development of obesity in the state of Georgia is alarming. The problem affects all the members of the community with the adult population being the worst hit. Peculiar issues relating to Georgia have accelerated the development (Hoque, 2011). The main reasons for the development include poverty among the people living in the ghettos, poor eating habits, lack of physical exercise and sedentary living (Nelson et al., 2015). In order to change the state of the nation, it is imperative that the state policy makers have to tackle the five issues.