Examples of Organization Culture Essays Below 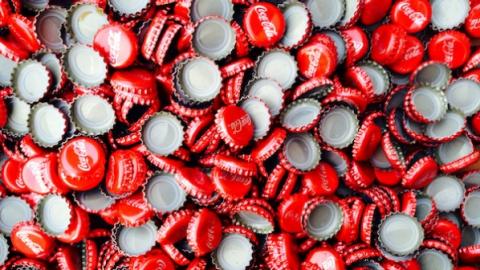 Coca Cola is a beverage making company that has a global presence. It also acts as a marketer and distributor of the non-alcoholic drinks in its brand array. The company is popular for the flagship product Coca-Cola. The organisation of Coca-Cola is peculiar in that Asa Candler builds its success on the franchises that it has been operating since the incorporation of the company. The company has a major presence in the global market whereby it operates in 200 countries selling over 400 brands. In the franchises system, the company only produces the concentrate syrup that is then sold to the bottlers of the company that are spread all over the countries where it has operations Hofstede, 2001).

The main secret behind the success of the company on the global arena comes from its commitment to work according to the tastes and beliefs of the people that are around it. This is espoused in its mission whereby it acknowledge that the world is dynamic and the best way of acquiring the necessary competitive levels is by creation of the correct understanding of the forces that are in play and moving to prepare itself. The company has organised itself based on two aspects; that is, the knowledge that it has about current trends and the anticipated knowledge of the company concerning the most likely outcomes in the future.

The company organizes its sector alongside the tenets of diversity such that it will accommodate all the people in all that it does. It has been particularly keen to provide for the diversity of the human beings. The company also works hard towards ensuring that all the people work towards a common goal. The company has of recently organized its activities towards the visions 2020. According to this vision, the company ought to be better than it is now. The organisation structure of the company in the headquarters is directed towards the attainment of the same goal. The bottlers are seen as the partners for the company since they deal with the distribution of the main product that the consumer takes Hofstede, 2002).

The company would be ill equipped to handle the diversity of the people if it was to operate as a global business empire that takes care of all the activities. This means that the company does not have the potential of handling the issues that are pertinent unless it includes the distributors since they have the real information on the operations of the company. The organization structure that it has adopted has had a significant influence on the mode of operation of the company (Dartey-Baah, 2013). The same organisation structure has been the main source of the competitiveness in the market that has enabled the company to stand out among the peers. The other companies have tried a management system that seeks to control he activities of the bottlers or to involve themselves in the activities undertaken by the bottlers but have ended up failing.

The approaches used in the management of the human resources and the general organisation of the company have sought to include the perspectives and needs of the rest of the players in the supply chain. The company has been able to organise its operations in accordance to the expectations of the people (Hofstede, 2011). The organisational culture of the company may draw a lot from the west but the company has operations in all the areas of the world. The imposition of the culture that the company upholds in the headquarters to all the people will be uncalled for since the people that the company deals with are from the diverse regions of the world and they have different individual and national cultural organisation. The company tries to avoid the situation that was described by Hofstede as the uncertainty avoidance.

The impositions of the cultural orientations of the company that is used in Atlanta will be a sure recipe for uncertainty. The company has advanced this approach to all that it does even in the advertising such that it has the relevance to all the cultural groups that it sells it product to (Dartey-Baah, 2013). The company’s ability to adopt cultural dimensions and incorporating them in the management approaches has led to the creation of the seamless unity between the cultural diversity and the superior economic performance (Hofstede, 2011). The company has been able to distribute the power that the people have when undertaking the operations at the company such that it has led to the creation of the best relationship with the people. This approach has been instrumental in the reduction of the power distance and abolishment of the feeling that the company is imposing itself on the people (Dartey-Baah, 2013).

A culture can be said to compromise of shared values, behaviors, rituals and beliefs. Organizational culture is extremely important as it unites employees by bringing them together and giving them what can be described as a sense of direction. There are several important elements of culture that I have observed in previous companies that I have worked for, firstly, it is rites and rituals. For example, the celebrations, performances as well as activities that are used in order to reinforce teamwork as well as to give the people a sense of inclusion. These activities included sales meeting, annual parties as well as organization retreats. Another element is the existence of norms such as dress code in the work place. The company had a strict dress code that was not written but every employee observed it in the right manner without being told. These two important elements were extremely important as they enable the sanity of the organization and developed a way of behaving in the organization.

A strong organizational culture is often important as it helps provide community identity, a sense of connection and uniqueness with all the members of the organization (Gallos, 2006). This is extremely important as it increases the performance of the employees as they feel more related to the products and the organization and consequently they work optimally. One way that organizational culture can be measured is through a dimensional approach that describes culture by its position on a number of different and continuous variables. The dimensional approach uses a simple Likert type scale in order for the respondents to indicate their level of agreement with different and diverse predefined statements.