Examples of Adult Essays Below

Late adult development refers to the age of the adults above 65 years. The increase in life expectancy in the rich nations of the world has led to a rise in the older adults. Adult development at this stage is coupled with changes in the perceptions and role of the person in the society. The majority of the adults in the age bracket are retired. Their contribution to the economy is reduced since they do not work. Most of them could have retired earlier (Pallant & Reid, 2013). Changes in the older adults, lives requires more attention in order to come up with the right approach to treating them. Some of the adults do not need any specialized care since changes in the society indicate that most of them are stronger and mobile. However, even with the increased medical attention, the older adults have some changes that follow a predictable pattern.

Some of the changes may manifest in personality and social relations. The nature of the old is always amiable. Others may be withdrawn such that they have fewer relationships or indicate considerably higher incidences of hostility. Social status of the old people also reduces. With the male older adults, there is the tendency of feeling worthless in the society since they have to be tended by the social care services and their children (Pallant & Reid, 2013). The sense of powerlessness affects their relations with the family member such that they are always trying to prove to their importance. They may insist on being allowed to handle some of their tasks. For the female members, they display the same tendency only that they appreciate more closeness with family members.

Another social development that affects their behavior is the fact that most of the people that they know are in hospitals, nursing homes or dead. Loss of touch with peers affects the approach that they adopt towards the rest of the society (Pallant & Reid, 2013). However, when possible, the older adults appreciate being able to interact with their peers. Old people that do not have adult children are lonelier since they do not have contact with the younger children to keep them busy (Stuckey, 2008).

Caring for the old is a responsibility of the government to the social services department and the children through their individual efforts. Therefore, there are two options for elderly care. One of the options is home care whereby the family members stay with the old adult. The level of care is high since the attention is fixed on one person (Phillipson, 2013). The resource constraint present in the homes for the old is also absent. Family contact is a major contributor to the increased level of care. The second option is taking them to the homes for the aged. Homes for the old offer the specialized care to notice. They are better equipped to handle the different complications that come with age. Staying with the people of the same age also works for the majority of the older adults. However, the family members ought to visit more often (Stuckey, 2008). 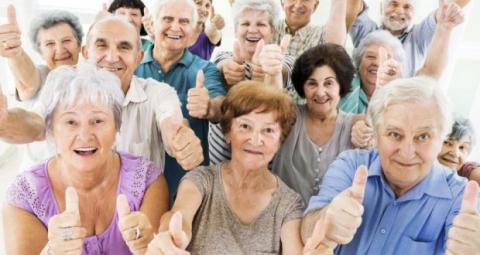 Older adults that are just moving from the work life to retirement often have difficulties. The first days are liberating more so when the person was involved in manual work. However, after some time, the boredom sets in. Management of the time is an issue for the majority of retirees. It is important to find a hobby to occupy the idle time (Phillipson, 2013). Some of the older adults have stayed in the workplace for a long time such that they feel attached to the organization. Attachment ranks high among the main reasons for the insistence of older adults past the retirement age to remain at the workplace even when the contribution to the organization is nil or even negative. Adequate preparation for the departure is required to help the old deal with their retirement (Stuckey, 2008).

At the age of transition, the older citizens may have contextual difficulties. The married older adults have the social cushioning against the effects of ageing and changes. Therefore, marriage determines the efficacy of the transition (Stuckey, 2008). The peer relations are crucial. Most of the peers understand what each other is undergoing. They are more important in most of the cases than family. This is the primary justification for the establishment of the homes for the old (Phillipson, 2013). Family relationship is, however, important (Stuckey, 2008). Families are sources of assurance for the older citizens. They are also the most constant aspects of their lives.

The United States has various legislations meant to accommodate the older adults. The Older Americans Act defines the age of an older adult. It also set the standards of social care that the older adult qualifies for (Phillipson, 2013). Social Security Medicare focuses on the development of the easier mechanisms for accessing affordable medical attention. It also sets the subsidies for the older adults when accessing medical care. 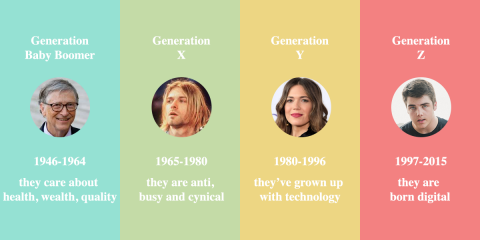 The Baby Boomer generation is a term used to refer to generations who have been born in the years after the World War II, from 1946-1964. The term Baby Boomer is derived from the increase in child birth after the end of the World War II, and hence its significance. The end of the Second World War marked a day of happiness in the United States, and all other nations in the world. Even for nations that were not directly involved in the World War II, the effects of the war were still devastating. Therefore, the end of the war made it possible for the suffering and pain to end, and it was finally important to have some peace and sanity in the world. The idea that different nations had stopped trying to destroy others automatically was embraced by so many. However, with the growth of the Baby Boomer generation in the United States there have been a few health issues.

In some cases, Hepatitis C can also be spread through sexual contact with an individual who is already infected. The C.D.C states that about forty-five percent of the infected individuals might have contracted the disease without even knowing the exposure risks. Another fact about the disease that makes it hard to discover is that infected people may not show any symptoms. Therefore, that’s the reason the C.D.C advises the Baby Boomer generation to get tested for the infection at least once. Undergoing testing can be of great significance in determining whether one has the infection or not. This is putting into consideration that the infected individuals do not even portray signs of being sick. However, in some cases, infected individuals are prone to contract liver cancer, cirrhosis or any other liver related conditions. Baby Boomers need to get tested for Hepatitis C in order to find out if they are any complications that will arise due to their health status as they age (Yandell 2012).

The Baby Boomers generation constitute of bout seventy-eight million individuals in the United States population. The oldest individuals in the generation are currently at the retiring age, but this does not mean that medical problems have also retired. Another condition that greatly affects the generation is diabetes, which is a chronic condition. The results from the study reveal that from 2009-2034 there will be an increase in the number of individuals with diagnosed rising from 23.7 million to 44.1 million. The diabetes population from 2009-2034 is also expected to rise from 8.2 million to 14.6 million (Huang, O’Grady & Capretta, 2228). The cost of diabetes and population of individuals living with the disease is also expected to be on the double in the next twenty-five years. Therefore, the health system will have to spend millions more in the next twenty-five years in initiatives to take care of the diabetes patients. The percentage of the Baby Boomer generation currently suffering from diabetes is twenty percent.

Atrial Fibrillation is a heart condition that can cause the victim to endure a stroke, and just like Hepatitis C, the symptoms may go unnoticed. The number of the American population with the condition is on the increase, especially with the growth of the Baby Boomers generation who are quite vulnerable. The symptoms of atrial fibrillation can include palpitation, dizziness, rapid heartbeat and pulse, shortness of breath and fatigue. However, in some situations, it is completely normal to have the condition and have none of the above symptoms. One professor states that for every episode of atrial fibrillation that is noticed, there is possible another episode that is not noticed (Iliades 2014). Some individuals may have short episodes of atrial fibrillation and may assume the symptoms for other illnesses. For example, feeling fatigued or a light headache may be taken as the reaction of the body to a busy day.

In conclusion, the Baby Boomer generation is at great risk of other chronic conditions like arthritis, hypertension, cancer and heart disease. These conditions need the individuals constantly to visit the hospital for frequent medical checks, making changes in their diet and taking prescription medicine. Though some of the conditions do not have cures, there is medication that can be used to suppress the condition. With the Baby Boomer generation aging each and every day, there is a concern in the health care industry for the seventy-eight million individuals. The government might be forced to spend more funds in order to cater for this aging generation. For Hepatitis C, unsuspecting victims of the disease may spread the disease to other people without even knowing. Therefore, the most reasonable thing that individuals of the Baby Boomer generation can do is agree to be tested for any medical conditions.