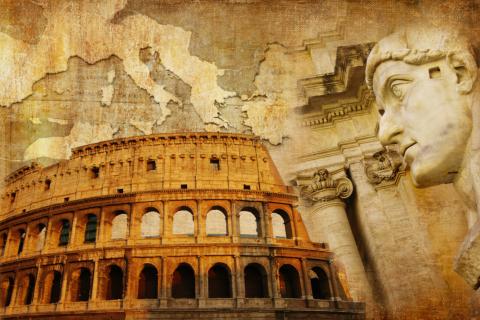 Roman Empire and the Mongol empires were the largest dynasties in the world. They controlled massive territories that spread across long distances. Being able to rule the controlled lands was important. However, the attainment of the lands was equally important. The legacy of the rulers of the day were linked to the ability of the said ruler to expand the territories of the kingdom. Rapid expansion of the lands became part of the main ideals of the government.

Arguably, the expansion of the empires led to the development of difficulties in governance that may have contributed to the collapse of the entire regions. The paper will compare the conquests of the two kingdoms for the similarities and differences. The differences in the ruler ship and religion orientations of the two kingdoms does not factor in their conquest approaches.

Rome was involved in various conquests in a bid to protect its interests in the regions, expand regions and create strategic alliances. The earliest involvement of the empire in conquests resulted from the links between the Hannibal and king Philip of Macedon. Rome was not yet settled at the time. It was fighting a war meant to increase its survival in the newly acquired lands. In the process of fighting for survival, the empire supported the Aeolian states in Greece. The empire was also involved in the second war of Macedonia. The first battle was the basis of the second war. The defeat of the Macedonian forces in the first war led to the development of a mumbling seeking to reclaim the lost glory. The king of Macedonia was defeated for the second time and forced to move to the interior lands.

The other early conquest was for the control of the west Asia Minor. The war was fought on two fronts with the Aeolian states support. The leaders of the war were under the command of Antiochus the third. This war was fought between the Seleucid Syrians. The outcome of the Lar led to the push of the Syrians to Asia Minor. The most decisive battle was the battle for Magnesia in 190 BC.

The empire fought the third Macedonia war in 172 BC. The motivation of the war was the protection of Pergamum, which was its ally. The Macedonia forces were under the command of peruses of Macedonia. The command of the Macedonia forces was throng and tactical enough to increase repulse toe invasions mounted by the Romans. He also sought the involvement of the neighboring tribes to the north to fight alongside them in the repulsion of the Roman forces. The Romans used elephants to break the main walls in the regions. The elephants helped Roman forces regain the left wing of peruses armies.

The Macedonia force had a strong defense mounted by the phalanx. The phalanx repelled the elephants even after they had torn into the territories. The destruction of the phalanx was the decisive moment in the work since the Roman legions were now capable of attacking the Macedonian kingdom better. The battle ended with the losses of 25000 soldiers hence the collapse of the Macedonian monarchy. The second conquest by the Roman Empire in Greece was against the Achaean league in Corinth. The battled led to the absolute control of the country by the empire. The Empire had finally managed to repeal the most threatening neighbor.

Just like the Roman Empire, the Mongol Empire also had a period marked by ambitious battles meant to expand the sphere of influence of the nation (Atwood, 2004). The conquests were equally rewarding since they ended up in the rapid expansion of the Mongol empire throughout Eurasia. Mongol Empire was comprised of ruthless rulers who went for the territories that they needed regardless of the damage that they caused. The attacks on the neighboring lands left a trail of orgy of destruction of systems, property and lives. Invasions of the empire led to the development of the largest displacements of people. 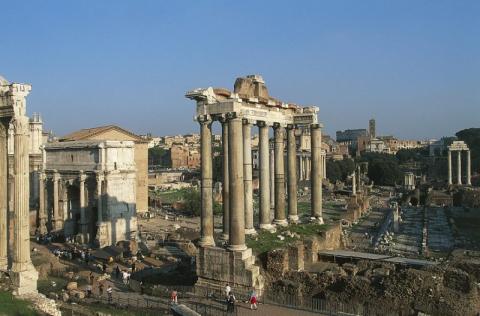 The Mongols were an important source of terror to the European communities on a large scale. The terror made most of the people to make the decision of leaking as opposed to staying to witness the war. The tactics of the Mongols differed from those of the Romans. The Mongols are supposed to be the originators of the Black Death. They used the plague as a weapon by ensuring that they had infected the majority of the communities in the region.

Infection of the cities led to the weakening of their defenses. The Mongols would now set in, methodologically kill the healthy ones, and leave the rest to the back death (Atwood, 2004). This static was mainly functional since it increased the success of the conquests. The ruthless nature of the conquests led to the development of high levels of fear in the principal establishments in the Eurasia region.

The very establishment of the empire was based on conquests. The early conquests conducted by the Mongol empire were in 13th century. The conquests were spread all over the Asia. They reached the Eastern Europe later. The expansionary drive of the leaders led to the adoption of the conquest approach as a way of expanding their territories. After conquering a region, the Mongols controlled it under a strong dynasty (Atwood, 2004). Therefore, the dynasties were also responsible for the expansion of the areas in the regions that were under their control. Fragmentation is one of the main reason behind the massive success of the empire. Destructive practices of the Mongols could have worked for their expansion (Prawdin, 1940). However, they led to the development of disdain.

There are some differences in the approaches used in the fight against the other communities. The differences cover the weapons used, tactics employed, and modes of government. In the case of Rome, the governance was centralized. The emperor was based in Rome and was responsible for the management over the conquered territories. Conquering of the major world territories came with an array of challenges in terms of administration.

Therefore, he had to rule through smaller governors. In the case of Mongol empire, the governance was split into the different micro-segments of the empire (Atwood, 2004). The vassals or tributary states were the main ways of ensuring that the state was well administered. Dealing with smaller issues was charged to the smaller states. This division was active. It is similar to the one used by the Romans since there was a running theme of delegation of duties.

The tactics of the Mongols comprised of early inclusion of the member states in the war (Atwood, 2004). Therefore, the planning for war took place in different locations. In the case of Roman Empire, the planning for war took place in Rome. The centralization of power acted as a major impediment. Instead of attacking a neighboring community and annihilating it ultimately, the Romans sought to make alliances. They allied with communities that later fought t their battles for them. This approach differed.

The Mongols used deadly weapons (Atwood, 2004). Their fashioning of the swords was different with most of their swords curved. They also used bubonic plague as weapon. The only biological evidence that the Romans used was the elephant. The elephants were more like logistic enabling factors and less of weapons. The Romans had more advanced technology since they were an earlier civilization. They had accurate logistic handling procedures compared to the Mongols that relied on the hit and ran tactics.