Examples of Smoking Essays Below

Sample Essay On Effects of Smoking 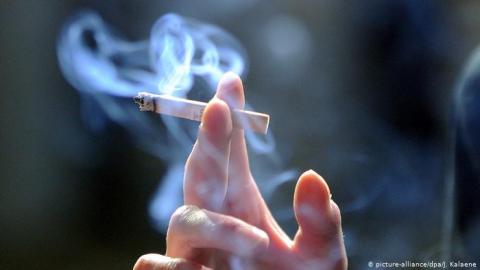 Smoking has severe consequences on one’s health and in extreme cases it can be fatal. It is estimated that cigarettes contain over 4000 chemicals a majority of which are toxic. One of the cigarette toxins is nicotine which is distributed throughout the body including the brain and breast milk. A second toxin is carbon monoxide, which associates with the red blood cells and inhibit them from functioning effectively (Chiras81). Additionally, cigarettes also contain carcinogenic agents, which have the potential of causing various body cancers. All these toxins contained in cigarettes affect both smokers and non-smokers and this should warrant the banning of cigarette smoking in public. Transportation, health and public places are some of the places where smoking should be prohibited.

The effects of smoking cigarettes on both smokers and non-smokers are overwhelming especially because of the toxicity contained in cigarettes. In the U.S, it is estimated that over 400,000 deaths annually are due to cigarette smoking (Sloan37). These numbers of deaths have surpassed those deaths caused by road accidents, alcoholism, murders, suicides and HIV combined. Approximately 30% of deaths as a result of coronary heart diseases are attributed to cigarette smoking.

Another 90% of deaths due to lung cancer, in males, are linked to cigarette smoking. Similarly, 80% of women who succumb to lung cancer are also believed to be cigarette smokers. These same figures are replicated in numerous other places, other than the U.S, in the world.

When one is smoking, one inhales some of the smoke while the rest is released to the surrounding atmosphere. Bearing this in mind, it means that anyone within the vicinity of a smoker will inhale some of the cigarette fumes. Consequently, people who are non-smokers have the possibility of experiencing the same consequences as the smokers. This is because they are exposed to the chemicals which smokers consume when they smoke.

In this case, the health of the non-smokers is damaged without them knowing it is happening. This has prompted many societies to enact laws which prohibit their residents from smoking in places that are frequented by many people such as parks, restaurants, hospitals and public transport systems (Totten83). It is necessary to do so in order to protect the majority of individuals who are non-smokers.

Since smoking also affects non-smokers such as unborn children and anyone who inhales cigarette fumes, such persons suffer fatalities. It is estimated that approximately 53000 individuals die annually as a result of second hand smoking. This is because these non-smokers also take in the more than 4000 toxins which the smokers also inhale. Consequently, there exists a 34% risk of acquiring lung cancer among person frequently exposed to cigarette smoke. As a result, about 3000 non-smokers die annually due to lung cancer (Sloan69). Similarly, 37000 non-smokers succumb to heart diseases due to frequent exposure to cigarette smoke. This is because there is a 30% risk of getting heart diseases when one is exposed to cigarette smoke.

The lungs are the most affected organs of the body as they encounter the cigarette toxins directly. After inhaling the cigarette smoke, it travels through the trachea through the bronchioles, and it finally ends up in the lungs. This means that all these toxins contained in the cigarettes interfere with the normal functioning of the lungs. The tar that is contained in tobacco is deposited around the bronchial tubes while the nicotine constricts the blood vessels surrounding the lungs (Chiras94).

In order to get rid of this toxins accumulating, the lungs have to push them up the trachea and release them as phlegm. However, the effects of nicotine on the lungs make it hard for the lungs to eject the tar. Other chemicals such as hydrogen cyanide also affect the bronchial passage which results in a cough. Additionally, it weakens the lungs and thus, one become more susceptible to bronchial infections.

Moreover, the tar, which accumulates around the lungs, is thought to cause lung cancer. This is because this tar contains benzpyrene, which is a carcinogenic substance. This compound causes harms to certain genes, which inhibit the growth of cells that are cancerous and also the development of tumors. It is estimated that 60% of all lung cancer cases occur as a result of damage of this gene. Prolonged inhalation of cigarette smoke triggers the gradual deterioration of the lung cells.

This is contributed by the accumulation of all the chemical toxins from tobacco. In turn, this may trigger the lung cells to transform into cancerous cells eventually. Apart from lung cancer, smoking also contributes to other types of cancers such as mouth, bladder, skin, prostate and breast cancer, among others (Harman47). All these cancers, which affect different body parts, occur due to the absorption and circulation of tobacco related carcinogens in the bloodstream (Harman38). The presence of these carcinogenic compounds in various sections of the body cause damage and elicit cancer eventually.

In additional to affecting adult non-smokers, unborn babies also face grim consequences when exposed to cigarettes toxins. As a result, babies born of smokers are often born underweight and suffer other birth defects. Such cases total to about 53000 of the births that occur annually. Moreover, such babies also are at a risk of being born prematurely or as stillbirths. For those babies who are delivered healthily to mothers who are smokers, they rarely survive beyond their first month.

This is because these children are at a higher risk of encountering Sudden Infant Death Syndrome than those children borne to non-smoker mothers. Younger non-smokers are also at risk of other diseases such as bronchitis, pneumonia, asthma, and colds (Chiras76). This is because their lungs have not developed fully and thus, they are weak for them to overcome toxins present in cigarettes. Consequently, over 300,000 children experience lung and respiratory diseases due to passive smoke annually. In addition to these infections, these children also tend to acquire airborne allergies.

Scientific studies have indicated that the levels of passive cigarette smoke in outdoor places are as high as those levels found in indoor places. Moreover, the risks that non-smokers are subjected to through outdoor exposure are unacceptable considering that many people are exposed involuntarily. This means that smoking while one is in the outdoors is one way of causing air pollution. As mentioned earlier, we have seen that cigarettes constitute about 4000 compounds that are of a chemical nature.

These substances are released into the surrounding whenever one lights a cigarette and starts to smoke (Owing72). At a glance, one may assume that smoke generated by cigarettes is insignificant to the atmosphere. However, it is estimated that about 30% of the American population is made up of smokers and these numbers are expected to rise, in the future. In developing countries, the proportion of smokers is even higher than that in developed countries such as America.

This means that a significant smoking contributes to a significant proportion of the atmospheric pollution daily. A recent study revealed that the amount of air pollution derived from cigarettes is much higher than that derived from diesel cars. During the research, the car engine was started and let to idle for about 30 minutes inside a garage and the air pollution levels were recorded. Later, three cigarettes were lit consecutively, and they were let to smolder for about 30 minutes, and measurements of air pollution were taken. From this study, it was revealed that microscopic particles released by the cigarettes were ten times more than those released by the car.

The smoke which drifts from a lit cigarette to a non-smoker who is nearby has tremendous effects on the health of an individual. Inhaling such fumes even for brief moments can still trigger serious health complications. Research done by the Centers for Disease Controls indicated that inhaling cigarette smoke for 30 minutes can increase a non-smoker’s chance of experiencing a heart attack (Owing58). Individuals with health conditions such hypertension, diabetes and obesity have an even higher risk of experiencing heart attacks. However, CDC indicated that smokers had a lower chance of experiencing heart attacks than non-smokers.

The same drifting cigarette smoke, when one is in the outdoors, can elicit asthma attacks among asthmatic individuals. The magnitude of effects derived from passive smoking is significant considering that about 100 million individuals are asthmatic or suffer from other breathing ailments in the U.S alone.

All public places should be safe from any substances that present any threat to the health of individuals involuntarily. Substances such as asbestos are handled with caution so that they do not affect anyone around as it is known to be a carcinogenic. Similarly, cigarette smoke, which is also carcinogenic just like asbestos, should not be exposed to individuals involuntarily. This means that smokers should not be allowed to go on smoking in public places while disregarding the impact the have on others. Smoking not only impacts negatively on others, but it also causes irritation and annoyance among non-smokers. This reason alone warrants the abolishment of public smoking as other annoying habits such as loud music, using profanity and provocative activities. Therefore, even the briefest exposure to drifting smoke should not be allowed.

Educational places such as schools and colleges should also be protected from careless smoking as they contain so many people. The adults within these institutions such as teachers and the supporting staff should not smoke while in school (Owing58). This is because a majority of individuals found within schools are children who have lower immunity as compared to adults. This makes the children susceptible to the effects associated with outdoor smoking.

Such exposures among children could lead to respiratory diseases such as asthma, bronchitis and pneumonia. Additionally, the smoke can also elicit asthmatic attacks among children who are already asthmatic, and this could be fatal. Smoking in educational institutions is not only hazardous to the health of the children, but also to their character. We all know that children ape what they see from adults and especially if it comes from their teachers who they consider as role models. Therefore, if teachers are allowed to smoke within the school premises, they might influence their students to become smokers too.

In conclusion, it is evident that smoking in public places such as schools, hospitals and transport systems should not be allowed. This is because we have seen that smoking not only distresses the smokers, but it also has severe effects on non-smokers too. It would be unfair to allow this practice to continue as it will cause the suffering of innocent people who are exposed to smoking involuntarily (Owing 64). Therefore, all individuals who are non-smokers should be protected from this exposure to passive smoke. They should not be allowed to share in the consequences resulting from destructive habits acquired by others.